The next-generation iPhone XR will feature a 4x4 MIMO antenna design, according to a Barclays research note obtained by MacRumors. 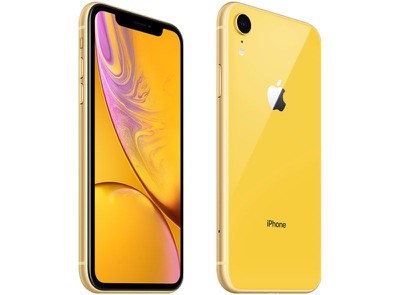 4x4 MIMO, short for multiple-input, multiple-output, has the potential to significantly improve LTE transmission by increasing the number of data paths between cellular towers and a mobile device to four. Simply put, the next ‌iPhone XR‌ would feature four antennas, allowing for faster data speeds.

A few months ago, PC Magazine reported that the ‌iPhone‌ XS and ‌iPhone‌ XS Max have "significantly better" LTE performance than the ‌iPhone XR‌ based on testing conducted by Cellular Insights and Rohde & Schwarz. The difference was especially noticeable in weak signal conditions, the results indicated.

Of course, regardless of how many antennas an ‌iPhone‌ has, data speeds can be affected by factors such as network congestion, distance from the tower, physical obstructions, environmental conditions, and interference.

TheFluffyDuck
I for one hope Apple get crushed in their next few quarterly reports with their price gouging.

-Budget iPhones more expensive than flagships a couple of years ago.
-"Entry level" Mac minis that cost as much as VR gaming rig or just a couple of hundred shy of an iMac.
-$500 Price hikes on MBP for no reason.
-99 Cent "Free trial" for Apple music.
Score: 17 Votes (Like | Disagree)

max.ine
Sounds nice and all, but I’d rather they keep improving Liquid Retina over anything else. As an epileptic, the OLED screens (especially with all the flickering) simply aren’t an option for me.

I’m thinking of replacing my 7 Plus this year, but I’m torn between getting the 8 Plus or the XR...
Score: 12 Votes (Like | Disagree)

Sounds nice and all, but I’d rather they keep improving Liquid Retina over anything else. As an epileptic, the OLED screens (especially with all the flickering) simply aren’t an option for me.

I’m thinking of replacing my 7 Plus this year, but I’m torn between getting the 8 Plus or the XR...

Apple could have easily specified the high PPI they've used in the plus series of phones for the last four years.

They cheaped out and jacked the price. You got ripped off.
Score: 11 Votes (Like | Disagree)

Stuey3D
Let’s hope it doesn’t bring a weaker signal like the XS/Max users are complaining about with the same antenna configuration.

The XR for me so far has been fantastic for signal even outperforming my X.
Score: 8 Votes (Like | Disagree)

Sounds nice and all, but I’d rather they keep improving Liquid Retina over anything else. As an epileptic, the OLED screens (especially with all the flickering) simply aren’t an option for me.

I’m thinking of replacing my 7 Plus this year, but I’m torn between getting the 8 Plus or the XR...

Agree about the OLED. Wish there were an XS with an LCD like the XR.

If I were you, I’d go with the 8. It’s one generation older CPU, but 3D Touch and Touch ID outweigh the performance improvement you’ll never notice between the A11 and A12 IMO.
Score: 7 Votes (Like | Disagree)

rmoliv
They keep insisting on this mediocre phone... unbelievable!
Score: 7 Votes (Like | Disagree)
Read All Comments