Thursday January 3, 2019 8:40 am PST by Joe Rossignol
An icon depicting what appears to be a Smart Battery Case for the iPhone XS has been spotted in action on an iPhone running iOS 12.1.2, providing yet another clue that Apple may be planning to release such an accessory.

The discovery was made by a Reddit user named Tom, who decided to significantly trim down Apple's Smart Battery Case for the iPhone 7 to fit his iPhone X. Not only did the case function, but it also revealed the iPhone X-esque Smart Battery Case icon with a slimmer design and a vertical camera cutout.

Apple discontinued the iPhone X in September, so the icon likely applies to the iPhone XS, which sports the same physical design. 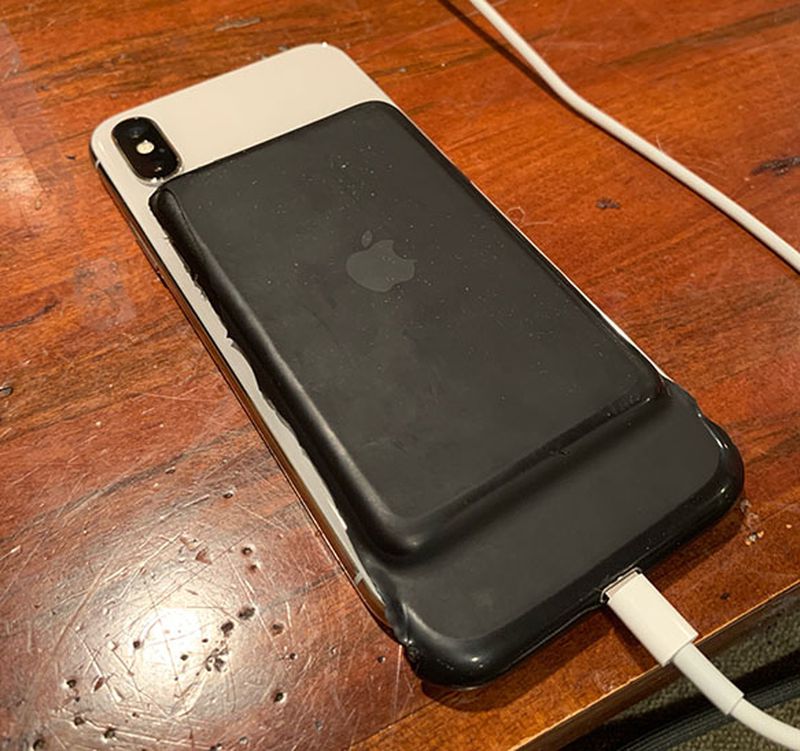 We don't recommend trying this

The icon appears to be the same one discovered in watchOS code by 9to5Mac's Guilherme Rambo, although this time in action on an iPhone. The new case appears to have a Lightning connector, but no "chin" extending below the iPhone.

Rambo also uncovered references to three model identifiers for the case in iOS code, including A2070, A2071 and A2171, suggesting that Apple could release the case in three different sizes for the iPhone XS, iPhone XS Max, and iPhone XR. Another identifier supposedly hinted at a 2018 release, which did not happen. 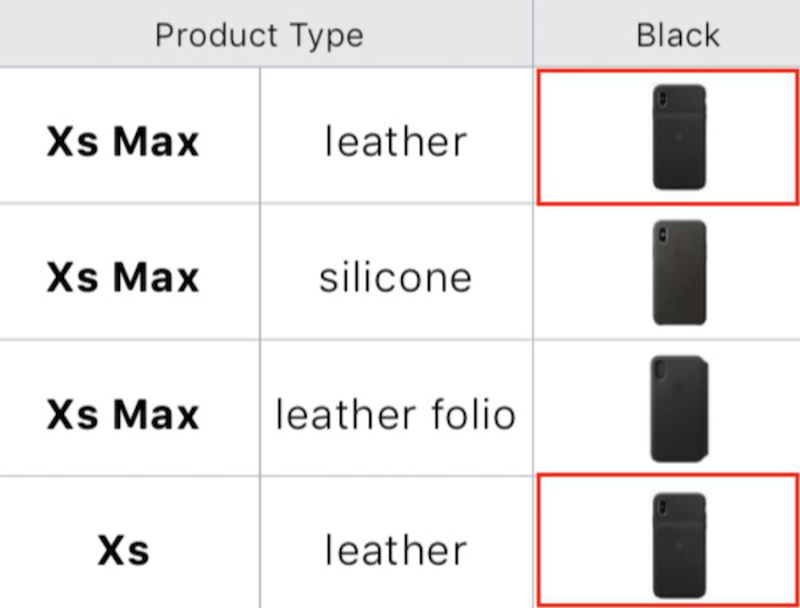 Apple has never released a Smart Battery Case for a plus-sized iPhone, however, and the larger iPhone XR and iPhone XS Max already deliver longer battery life, so it's possible the new case could be for the iPhone XS only if released.

Apple's first Smart Battery Case was for the iPhone 6 and iPhone 6s, and was equipped with a 1,877 mAh battery that protruded out of the back of the case. Apple later released an iPhone 7 version with a similar design but larger 2,365 mAh battery. Both remain available to purchase for $99 in the United States.

By now, there has been plenty of evidence to suggest that Apple has at least considered releasing a Smart Battery Case for the iPhone XS. Whether the plan comes to fruition remains to be seen — a release could certainly be soon.

AngerDanger
No worries, Apple, I had a welt like that once, my doctor wrote me a prescription, and it cleared up within days. I'm sure the same could work here.


And they wonder why people aren't buying the $1K+ iPhones...
Rating: 6 Votes

lolkthxbai
What I’m most intrested in is if the new cases will charge wirelessly just like the newer phones. Otherwise, having charge it via lightning would be a digression in technological progress.
Rating: 5 Votes

No worries, Apple, I had a welt like that once, my doctor wrote me a prescription, and it cleared up within days. I'm sure the same could work here.


Are you planning on posting this on every battery case story...
Rating: 4 Votes

Don't forget, it also adds the extra bulk back to the phone.
[doublepost=1546535152][/doublepost]Honestly, Who's using their phone so much that a full charge isn't lasting the day? Some people need to take a look at their lives.

No iPhone has ever both gotten thinner and had a smaller battery than the comparable previous-year model.

Every single time iPhone has got thinner, the battery in fact got bigger over the previous model. Namely, that has been the case with iPhone 4, 5 and 6.

Conversely, whenever battery capacity was actually reduced, the phones got thicker at the same time. That happened with iPhone 3G, 6s and 8 (Only exception is the XS, which is just as thick as the X and has slightly less capacity).
[doublepost=1546600105][/doublepost]


I'm assuming that the new iPhone XS case will not have a female Lightning port to charge the case/phone through, but rather will charge via a wireless standard. This makes the only thing you need to accomodate within the cross section of the case wall thickness the cable ribbon for the male Lightning connector. No need to have extra depth for the female connector as well. At a minimum it will be Qi compatible, and hopefully there would be some added benefit when using it with an eventual AirPower device. Since there have been whispers in the last week that AirPower is still a go, they may release this case, the AirPods wireless charging case, and the AirPower pad at one time.
[doublepost=1546544660][/doublepost]

My guess is that the lack of a chin on the case indicates that the battery case will ONLY charge via wireless. Conceptually you would charge the case and phone together overnight so they're both full at the start of the day, and the extra case capacity makes the eliminates the need for a quick wired charge.

Only issue is that no female Lightning port would block even Lightning EarPods and the Lightning to headphone jack adapted, forcing purely wireless audio usage when the case is on. But, the goal may be to make this case, the wireless AirPod case and the AirPower mat a wireless charging ecosystem with added benefits inherent to the AirPower standard over regular Qi.


I could imagine the case having its Lightning port on the "hump" which now seems to extend all the way to the bottom, behind the phones lightning connector. We'll see.
Rating: 3 Votes


It's pretty sad you've been trained to believe a battery pack is an "upgrade."


Don't forget, it also adds the extra bulk back to the phone.
[doublepost=1546535152][/doublepost]Honestly, Who's using their phone so much that a full charge isn't lasting the day? Some people need to take a look at their lives.
Rating: 3 Votes

timber
If iOS 12 recognises an years old product as the new battery case that speaks a lot about the kind of innovation that went into that product.

They probably innovated a box to fix a X/Xs and a new 150 USD price.
Rating: 3 Votes