Phil Schiller on iPhone XR Display: 'If You Can't See the Pixels, at Some Point the Numbers Don't Mean Anything'

Engadget's Chris Velazco recently sat down for an interview with Apple's marketing chief Phil Schiller to discuss all things iPhone XR. We've rounded up some of Schiller's comments about the device below. 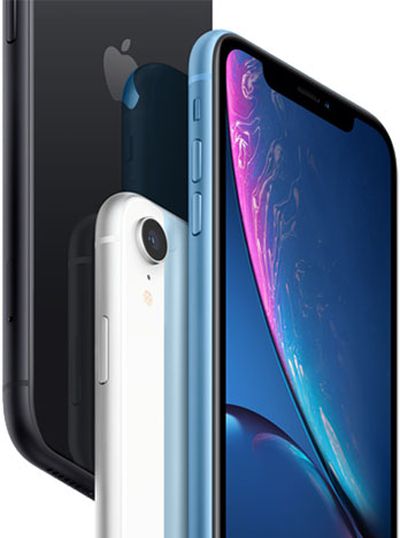 What the "R" stands for in iPhone XR:

I love cars and things that go fast, and R and S are both letters used to denote sport cars that are really extra special.

We had this technology we were working on for many years to be the future of the iPhone. It was a huge ask of the engineering team to get it to market last year, and they did. ... We knew that if we could bring that to market and it was successful very quickly after that, we needed to grow the line and make it available to more people.

Making sure the iPhone XR is still "the best phone":

If we're going to push the upper boundaries with XS and XS Max to make something the best, how do we make something that's more affordable for a larger audience? To make the overall iPhone audience even larger? What choices can we make and still make it a phone that people can hold and say, "I have the best too"?

We don't think about categories. We think the iPhone X technology and experience is something really wonderful, and we want to get it to as many people as possible, and we want to do it in a way that still makes it the best phone.

I think the only way to judge a display is to look at it. …

If you can't see the pixels, at some point the numbers don't mean anything. They're fairly arbitrary.

As far as the iPhone XR launching over a month after the iPhone XS and iPhone XS Max, Schiller simply said "this is when it's ready."

iPhone XR pre-orders began last Friday in over 50 countries. The first deliveries to customers and in-store availability will begin Friday, October 26. The colorful device starts at $749 in the United States.

Full Article: With the iPhone XR, Apple broadens its 'best'

AngerDanger
Think the XR screen is too low-res? I managed to find an instructional guide on a particularly unstable Apple support page.

1. Firmly grasp the XR in your dominant hand.
2. Move it a little farther from your bloody face.

If you're unable to follow the instructions above, there's an Optimal iPhone XR Viewing Distance (OIXVD) spot check your friends can perform on the fly. Apparently, your pose should approximately match the illustration below:

Scottsoapbox
And yet they increased the PPI for the X and XS... Apparently Apple's design team could still see the pixels.
Score: 51 Votes (Like | Disagree)

Tsuchiya
I don't think Apple should try and go for the "more affordable" angle when it comes to a $749 phone...I mean it's technically true considering their flagship starts at $999, but still...it's $749.
Score: 41 Votes (Like | Disagree)

Also, the 5K iMac's display is 218PPI and you really have to get close to the screen to see pixels.

If anything, I'd rather have the lowest number of pixels needed to not see the pixels. This results in the best performance possible since the GPU is pushing less data per frame.

NIKKG
He is right, once your eyes can't detect the difference, than you're just wasting extra battery life and graphics performance for no reason other than to play the specs game.
Score: 28 Votes (Like | Disagree)
Read All Comments