78% of Teens Surveyed Own an iPhone, 82% Plan to Purchase

Wednesday October 11, 2017 3:58 pm PDT by Juli Clover
The iPhone's popularity among teens continues to grow, according to new data gathered by investment firm Piper Jaffray for the fall edition of its semiannual U.S. teen survey.

This jump in interest can perhaps be attributed to the 2017 iPhone lineup, which includes the iPhone X with an edge-to-edge display and a TrueDepth camera for facial recognition purposes.

Teen interest in the Apple Watch is also up, and 17 percent of teens surveyed said they plan to buy an Apple Watch in the next six months, up from 13 percent in spring 2017.

Piper Jaffray says the survey is a "positive point" on iPhone 8 demand and iPhone X demand, and increasing interested in the Apple Watch. 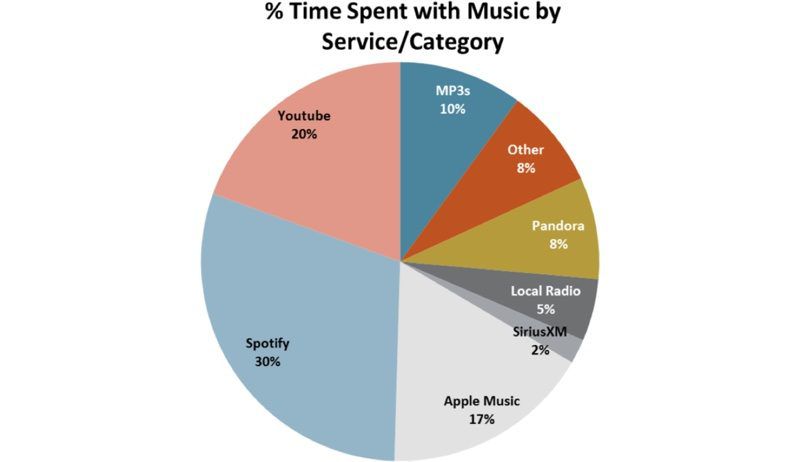 Piper Jaffray's fall 2017 teen survey covered 6,100 teens across 44 states in the United States with an average age of 15.9 years.

0007776
Are that many kids parents actually buying them new phones? I get handing your old iPhone down, but I have a hard time imagining that that many parents are willing to spend $1000 on a phone for their kid to check Facebook.
Rating: 21 Votes

Candlelight
"Son, you need to learn the importance of money. Now here's your new iphone which cost me a month's salary".
Rating: 18 Votes

BoneCollector
It's almost exclusively due to herd mentality -- people at that age especially want to fit in and not be missing out (making sure they have the same platform for iMessage, apps, etc).
Rating: 13 Votes

MrX8503
I wish I had a phone at all when I was a teen. My parents never bought me a phone growing up and now that I'm an adult, I bought my mom an iPhone. Imagine that.
Rating: 12 Votes

It's hard to believe these surveys that tell us X% of the population is switching to iPhone. If that were true, why does Android continue to take the biggest share of the mobile market?

Stats like "own an iPhone" is likely counting plenty of old, ancient, hand-me-down iPhones (as many posts in this thread support too). Owning an iPhone 4, 5, 6, 7 doesn't show up as new sales in market share measurements in the present. In other words, the market share reports are generally measuring & comparing present sales (over the last quarter or maybe over the last year), not counting old unit sales too (even those in use). I bet if they asked the same group of teens if they own an iPod, the percentage that own one would also be very large... and Apple quit selling them how long ago?

Not long ago, Apple themselves announced that they had sold their 1 billionth iPhone. Does that mean that 1 billion people in the world own an iPhone? No. How many iPhones have you owned? Each of those count. How many people around here have bought an iPhone every other year in the last 10? Every year? How many old iPhones in that tally are retired to a drawer? Or dumped into a landfill? Or long-since recycled? Spin can sound good. Dig deeper.

This survey is conducted by a firm that is a consistent Apple Fan. Can we really trust that it is an unbiased & objective survey? Survey- say- only Republicans about what they think of the Democratic platform and the numbers being against will be dramatic. Extrapolate that out to be able to imply that almost all Americans are against Democratic party ideals. Do the same with passionate Democrats and see the opposite outcome. Extrapolate that out to almost all Americans and apparently all Americans are against Republican ideals. Survey Pepsi people about Coke. Or Coke people about Pepsi. Survey Apple People about Windows and then Windows people about Apple. Magically, targeted (biased) surveys can yield impressive results to support a desired outcome or message. Note: I'm no insider at Piper, so this could be a completely unbiased survey, but Piper really pushes Apple (AAPL)- when have you ever seen a bearish call on AAPL by Piper? Can they do a survey that is unbiased when they are such fans (and consistency pushing the stock)?

This survey asked kids averaging 16 years old what do they have and what do they want. Odds are high that if any of them are getting new iPhones, it's parents buying them for them. When one is not actually having to earn the money to buy that something they say they want, it's pretty easy to wish for all kinds of stuff that you may never actually buy. For example, survey a bunch of young guys about what car they want and some will probably want a Lambo. Extrapolate that out and you can report that some surprisingly high percentage of all American young men want a Lambo. Then check back in 5 or 10 years later with them and see how many actually bought one.

Price can override wishing & hoping (with no money). If the 'rents give Junior/Juniette an Android instead, does the kid reject a new cell phone or maybe whine a little and then roll with it? Think back to when you were 16 and asked your parents for bigger (cost) things- maybe new car. Did they buy you the car you wanted? Latest & greatest new? Or did you maybe get some other, lessor & used car? Did you reject a car because you only wanted the specific one you coveted? Or did you take the one they purchased for you (because you probably were not out making the money to buy the one you longed for).

Lastly, Android is the OS driving all kinds of phones. iOS is exclusive to just a few models. That market share "war"(?) is long since lost, just as the computing OS share was dramatically lost when Microsoft licensed Windows to everyone while Apple opted to keep it's OS exclusively to it's own computer line. There's tons of phones (and computers) priced far below Apple products running Android (and Windows). Price rules for many, many consumers, here in the U.S. and with the approx. >95% of the people NOT living in the U.S. (and thus not counted in this survey).
Rating: 9 Votes

Are that many kids parents actually buying them new phones? I get handing your old iPhone down, but I have a hard time imagining that that many parents are willing to spend $1000 on a phone for their kid to check Facebook.

Mine got a hand me down for her first one, and iPhone 4.
She then got a 5S (she paid for the phone, I covered the plan) and later and SE.
No way I'm handing a teenager a $1k phone. She broke the screen on the 5S and had to live with it until it was paid off.
She learned her lesson on the 5S and now has insurance on the SE.
Rating: 9 Votes

"Son, you need to learn the importance of money. Now here's your new iphone which cost me a month's salary".

If a person’s monthly salary only amounts to the total of a new iPhone that person has other issues besides worrying about getting their kid a new iphone.
Rating: 8 Votes

840quadra
IDK, when you can easily spend $50 for a basket of groceries these days, $1000 doesn't have as much buying power as people think it does. A teen that doesn't pay for food, insurance, rent, or other things can easily save up $1000 with dedication and a part time job. That, and some parents have savings accounts for gifts such as phones and other toys.

OneMike
These polls are pointless as are most polls in general.
Rating: 6 Votes

There’s a reason Apple continues to sell the 6S...