The Australian government is considering a bill that would require tech companies like Apple to provide "critical assistance" to government agencies who are investigating crimes.

According to the Australian government, encryption is problematic because encrypted communications "are increasingly being used by terrorist groups and organized criminals to avoid detection and disruption." 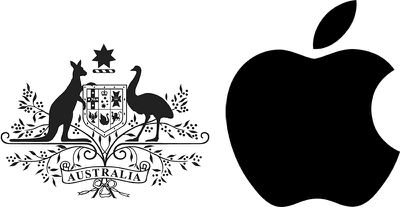 As noted by TechCrunch, Apple today penned a seven-page letter to the Australian parliament criticizing the proposed legislation.

In the letter, Apple calls the bill "dangerously ambiguous" and explains the importance of encryption in "protecting national security and citizens' lives" from criminal attackers who are finding more serious and sophisticated ways to infiltrate iOS devices.

In the face of these threats, this is no time to weaken encryption. There is profound risk of making criminals' jobs easier, not harder. Increasingly stronger -- not weaker -- encryption is the best way to protect against these threats.

Apple says that it "challenges the idea" that weaker encryption is necessary to aid law enforcement investigations as it has processed more than 26,000 requests for data to help solve crimes in Australia over the course of the last five years.

Apple says additional work needs to be done on the bill to include a "firm mandate" that "prohibits the weakening of encryption or security protections," with the company going on to outline a wide range of specific concerns that it hopes the Australian parliament will address. The list of flaws Apple has found with the bill can be found in the full letter.

Apple has been fighting against anti-encryption legislation and attempts to weaken device encryption for years, and its most public battle was against the U.S. government in 2016 after Apple was ordered to help the FBI unlock the iPhone owned by Syed Farook, one of the shooters in the December 2015 attacks in San Bernardino.

Jsameds
If there’s one thing that you can’t criticize Apple for, it’s their stance on your right to privacy.
Score: 38 Votes (Like | Disagree)

I love how Apple pretends to be the good guy and I love how people believe it. LOL!

Look forward to you posting some citations backing your nebulous statement.

In any case, they are the only corporate entity that at least tries to stand by privacy rights, mostly cause they can as it doesn't officially make money off selling it's user data.
Score: 34 Votes (Like | Disagree)

martyjmclean
I’m 110% behind Apple on this one. Even if I wasn’t, I still would be - anything to call out the Liberal party on their bull****.
Score: 26 Votes (Like | Disagree)

macfacts
Apple only follows the law in China.
Score: 18 Votes (Like | Disagree)

That appears to be ongoing issue with these types of legislation; vague and broad.

And that's the problem with stuff like this, mission creep.

In the UK, RIPA was only going to affect people involved in serious criminal activity. It's been used for dog fouling, and to see if people live in the correct school catchment area.

They can't use their powers responsibly, so they shouldn't have them.
Score: 18 Votes (Like | Disagree)

Apple only follows the law in China.

Maybe you should go to China and try to openly criticise the government there, let us know how that turns out for you ;)
Score: 16 Votes (Like | Disagree)
Read All Comments

Friday August 19, 2022 1:57 am PDT by Sami Fathi
Stage Manager in the iPadOS 16 beta is receiving heavy criticism for being "fundamentally misguided" in its approach to bringing a new level of multitasking to the iPad experience, with some even calling on Apple to delay the feature entirely due to its shortcomings. Federico Viticci, the founder and editor in chief of MacStories and a prominent member of the Apple community, outlined his...
Read Full Article • 253 comments