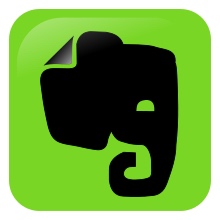 Productivity app Evernote has slashed its premium subscription rates amid reports of a flurry of key staff departures at the startup.

An annual membership for the productivity suite now costs $42, down from $70, provided customers pay the fee in one lump sum. Monthly premium subscriptions remain at $7.99 per month (almost $100 over a year), so the deal is worth looking at if you're a long-time fan of the app.

According to TechCrunch, the productivity app has lost several of its most senior executives in the last month, including CTO Anirban Kundu, CFO Vincent Toolan, CPO Erik Wrobel, and head of HR Michelle Wagner.

Evernote has not commented on the departures, but one source claiming knowledge of the matter told TechCrunch that "Evernote is in a death spiral... Paid user growth and active users have been flat for the last six years and their enterprise product offering has not caught on."

Evernote used to be ranked as one of the most popular productivity apps in the App Store, but its popularity has gradually waned with the emergence of rival (and free) alternatives such as Apple Notes, Google Keep and Microsoft OneNote.

addictive
It stopped becoming my main note taking/productivity app when they restricted the number of devices I could use it on without paying. I realise the need for companies to make money but Evernote also didn't react fast enough when Apple's Notes app became significantly better.
Rating: 16 Votes

riverfreak
To be fair, Evernote isn’t just a note taking app. It’s really more of a catch-all for everything that you might need to archive, including the tools and integrations to capture, edit, and annotate that material.

It’s a really solid product and I’m sorry to see them struggling. Tough business to be in.
Rating: 6 Votes

I have been using Evernote premium for man years. Someone please explain to me how Apple notes is considered an alternative. Can I make stacks and store all my PDFs and have them searchable?

If EVERNOTE fails, how do I transfer my years and years of content?
[doublepost=1536142389][/doublepost]
Is OneNote only partnof Microsoft Office or can it be purchased separately? How would one transfer from Evernote to OneNote?


OneNote can be used for free with a free Microsoft Account (the apps are also free for iOS, Android and MacOS. For Windows, there are two versions: A free one which is the "strategic" version and which is pre-installed on Windows 10 and OneNote 2016 which is part of Office 2016 / 365 and which has been declared as a legacy version: The next version of Office won't include it).

Microsoft provide an importer to migrate from Evernote to OneNote (download from here ('https://www.onenote.com/import-evernote-to-onenote'))
Rating: 6 Votes

Brenster
As a former Evernote Premium user (4 years ago or so), I got tired of the UI furniture being constantly rearranged. As soon as you’d got used to one on-screen UI layout and note tagging/filing system, the company would roll out an all new, all ‘improved’ system and around the loop I’d have to go again.

Their security failure that led to account details being compromised followed by the competition improving (OneNote and OneDrive is a powerful combination for professional/student use, Google Keep & iOS Notes good enough for lightweight uses) and the writing was on the wall from then on.

I understand their desire to push people to Premium, but the basic free tier was far too limited in terms of app functionality and the number of concurrent devices it could be used on, plus no offline syncing and barriers were thrown up that might have allowed people to develop a habit they might consider paying for.

I’ll be sad to see them go but the product/application and the company are not what they were during their heyday under Phil Libin.
Rating: 5 Votes

martyjmclean
I love(d?) Evernote, but last year I switched to Bear and I'm not looking back.
Rating: 5 Votes

Phil A.
I was a long time user of Evernote and there's a lot to like about it, but I always found the organisation of notes using tags to be confusing and prefer the book / tab / page organisation of OneNote.

Add to that the weak support for handwritten notes (having to use a separate app and not being able to mix hand-written and typed content in a single note) and I dropped them several years ago in favour of OneNote.

I have kept looking back at it in the hope they had improved it, but it doesn't really seem to have moved on at all
Rating: 5 Votes

SandboxGeneral
I love the Evernote program but started cringing when they increased the premium fees. I left it for OneNote and used that for almost a year and hated OneNote so much that I went back to Evernote.

However my disdain for the premium pricing continued to bug me. I'm not a heavy user of Evernote in terms of daily use, but I kept a lot of important stuff in there that I might need to reference at various times.

Recently I converted all of my Evernote stuff to Apple Notes and canceled my premium Evernote subscription.

The subscription model bothers me a lot with many pieces of software. It gets ridiculous having a sub for this, and a sub for that. I've been paring down all the places where I have a sub for something because it feels like I'm being nickled and dimed to death on my budget.

My notes are more for storage than daily functionality which is why I switched to Apple Notes, at least for now.
Rating: 5 Votes

I am an Evernote fan. I’ve had premium for over two years and I use it for everything. What is better about Bear?

Bear has an intuitive and simple interface, iCloud support, Markdown support, loads of export options, tags and sub tags for organising notes, different themes. Not to mention Premium is $2 a month instead of $10.
Rating: 4 Votes

maflynn
So Evernote is surprised that not too many people want to pay 80 dollars a year to take notes, when there are other less (or free) expensive options. This is just the start of people pushing back on subscriptions. Its not the end of subscriptions, but people will start being more picky on what they choose, imo.
Rating: 4 Votes

It stopped becoming my main note taking/productivity app when they restricted the number of devices I could use it on without paying. I realise the need for companies to make money but Evernote also didn't react fast enough when Apple's Notes app became significantly better.


A physical notepad has a one time cost (making and delivering it to you) but you have to buy more when you run out of storage.

A cloud notepad has ongoing costs (electricity, security from hacking, internet connection) before even considering pros/cons of cloud vs paper.
Rating: 4 Votes
[ Read All Comments ]