Apple executives in charge of the company's video efforts will be attending the Toronto International Film Festival this week to scope out potential movie acquisitions, reports Variety.

The site says that at least one of the top programming executives, which includes Jamie Erlicht and Zack Van Amburg, will be at the festival to look for new content that could fill out an upcoming entertainment service. 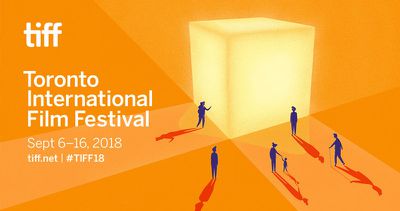 The Toronto International Film Festival is set to kick off on Thursday, September 6, and it will run through Sunday, September 16. This will mark the first time that Apple executives have attended the film festival, and the company will be competing with at least one other TV giant -- Amazon. Amazon executives are also going to be attending the festival to look for new movies to pick up.

While Apple has more than a dozen original television shows that are in the works, it has thus far established few deals for movies.

In fact, we only know about one potential movie deal with Cartoon Saloon, a company that develops animated movies like "The Secret of Kells," "The Song of the Sea," and "The Breadwinner."

Rumors have suggested that Apple is planning to launch some kind of streaming television service in the future where all of the television shows are in the works will be available, and if Apple is aiming to compete with Netflix and Amazon, exclusive movie offerings will help to fill out its content catalogue.

There has, however, been no concrete information outlining exactly how Apple is going to distribute its original content, nor details on what a potential streaming service could cost if it is in the works, but we may learn more next year as the first of the TV shows is rumored to be debuting in March 2019.

corebeliefs
So Apple cancels routers and monitors and other useful computing devices because it would split their attention. So they go into movies. Got it.
Score: 8 Votes (Like | Disagree)

ipedro
Well, that was eerie. I just walked my dog along King Street where the festival is being held and I noticed a group of men and a woman and one of them was wearing a blue Apple Park polo. I immediately thought that they might be Apple execs here for the festival. Then I came here and saw this news.
Score: 7 Votes (Like | Disagree)

How does one "just buy original content"? The films at these festivals are original content looking for distributors. Yes they are already made but not by big studios.
Score: 7 Votes (Like | Disagree)

I'm almost certain that one of the people in the group of Apple executives that I saw was Zack Van Amburg, co-head of Apple worldwide video programming. Amburg came to Apple with Jamie Erlicht from Sony Pictures. Together, they're responsible for hits like Breaking Bad.

If it was indeed him, Apple is sending their A-Team to the Toronto International Film Festival. They're serious about TV. I can't wait for the Apple TV announcement.

I'm photographing the festival. Who else should I be on the lookout for? Eddie Cue? I doubt Tim Cook would be here.

They tried that. We got carpool karaoke, planet of the apps, cult of Mac, and that awful fictionalized bio of Dre that pretended he wasn't a misogynistic woman-beater.

mcfrazieriv
This whole Apple Production Studio thing will go down in history as a mistake. Maybe not right now when Apple is seemingly unbreakable, but someday, when they think "damn, where did all our billions go?" and Tim Cook has gone off into politics.
Score: 5 Votes (Like | Disagree)
Read All Comments