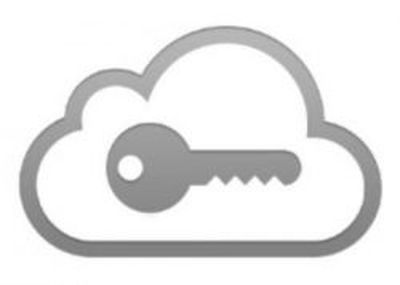 A Melbourne schoolboy has pleaded guilty to hacking into Apple's secure network after the company notified authorities of the intrusion (via The Age).

The teen, who can't be named for legal reasons, appeared at an Australian Children's Court on Thursday facing allegations of hacking into Apple's servers on multiple occasions.

Details of the case are still sketchy, but the boy's hacking is said to have begun at the age of 16, and included downloading 90 gigabytes of secure files and accessing "authorized keys" that grant login access to users.

The boy is said to have attempted to hide his identity using a number of methods including "computerized tunnels", a system which had "worked flawlessly" until the teen was caught.

That chain of events began when Apple apparently detected the unauthorized access and blocked the source of the intrusions. It subsequently notified the FBI, which passed on the information to the Australian Federal Police, resulting in a warrant being executed at the family home last year.

Prosecutors said the raid turned up a "litany of hacking files" on a computer laptop and hard drive, as well as a mobile phone with an IP address that matched the source of the intrusions.

The boy's lawyer said the teen was a fan of the company and had "dreamed of" working for Apple. His lawyer also asked the magistrate's court not to disclose some of the details of the case because the boy is well-known in the hacking community and it could put him at risk.

The magistrate's court acknowledged the guilty plea, and the case has been adjourned until next month for sentencing.

Update 8/17: An Apple spokesperson has told Reuters that no customer data was compromised in the hack. "We ... want to assure our customers that at no point during this incident was their personal data compromised," the spokesman said.

Wow, Apples services are so secure after all the celebrity accounts that were hacked, that a teenager can hack them.

Actually this is a serious issue for Apple as lots of people rely on them for security and privacy, and if that’s seen to be weak still then it may lose sales.

The celebrity hacks were not hacks but phishing of the celebrities' passwords - old fashioned.
Score: 28 Votes (Like | Disagree)

Still a form of hacking.

Not really. Hacking implies exploiting a weakness in Apple systems. Phishing exploits a weakness in the user. Not the same thing at all. Solution to hacking is to boost software security. Solution to phishing is to educate users.
Score: 26 Votes (Like | Disagree)

apolloa
Wow, Apples services are so secure after all the celebrity accounts that were hacked, that a teenager can hack them.

Actually this is a serious issue for Apple as lots of people rely on them for security and privacy, and if that’s seen to be weak still then it may lose sales.
Score: 21 Votes (Like | Disagree)

Hmm last time I checked my bank and Amazon have not been hacked yet..

The amount of silly assumptions in your post make my brain hurt.

Amazon have had issues too, just because you haven't been affected doesn't mean others haven't:

Plenty of banks have been hacked.

You clearly lack understanding of IT security. All the big companies throw an insane amount of money at it. But as we've seen big companies like Google with Gmail and Apple in this article or small, Plex (https://lifehacker.com/plex-hacked-change-your-password-now-1715355825) - can be targeted and can be compromised.

these kids are not ‘wicked intelligent’ they are criminals, thief’s that steal on mass

You can be both. They are not mutually exclusive.

And yes to pull this kind of thing off you have to be pretty intelligent, e.g.: https://techcrunch.com/2011/08/26/apple-hires-iphone-hacker-nicholas-allegra-comex/

So the stars that sued Apple over their accounts being ‘hacked’, because it was still a form of hacking, are fake news are they?

Did any of theses "celebs" win and on what grounds? Because you can sue for anything, whether you were right to sue and win your case is another...
Score: 17 Votes (Like | Disagree)

badatusernames
Clearly has talent. Hopefully in the future he can use it for good :-)
Score: 16 Votes (Like | Disagree)

Wow, Apples services are so secure after all the celebrity accounts that were hacked, that a teenager can hack them.

Actually this is a serious issue for Apple as lots of people rely on them for security and privacy, and if that’s seen to be weak still then it may lose sales.

Don’t be ridiculous. This is no ordinary kid. These hackteens are wicked intelligent. Companies like apple spend a fortune on security, but there is always a way in. It’s only a question of how hard.
Score: 16 Votes (Like | Disagree)
Read All Comments