Apple today seeded the seventh beta of an upcoming macOS Mojave update to developers for testing purposes, one week after releasing the sixth beta and more than two months after introducing the software at the Worldwide Developers Conference.

macOS Mojave introduces a new method of installing software updates, so after you've installed the initial beta using the appropriate profile from the Developer Center, additional betas can be downloaded through opening up System Preferences and choosing the "Software Update" icon. 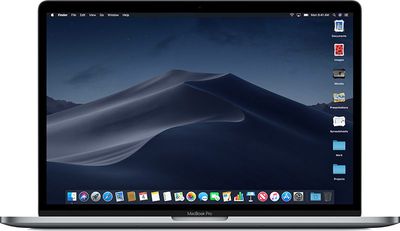 Update: According to Apple's release notes, today's macOS Mojave beta removes the Group FaceTime feature, which is no longer slated for release when macOS Mojave launches. Apple says Group FaceTime will be coming in an update set to be released "later this fall."

I have not yet downloaded Mojave on my 2017 MBP for fear of stabilization. Apple has done a great job thus far with the beta releases of iOS 12, Mojave seems hit or miss. I really just want to use Dark Mode.

man apple is going extremely fast, I was thinking that Mojave was going to be release on October, but most likely in September but by the way they are going, maybe we will have it by the end of the month or probably early September, but I always thought October the latest or late September the sooner but if apple have it ready by the end of this month then that will match snow leopard release date = august 28