Audio accessories from Denon and Marantz are gaining support for AirPlay 2 through firmware updates that are being distributed starting today.

With the AirPlay 2 update, compatible Denon and Marantz devices offer support for multi-room audio and are able to work with other AirPlay 2 devices such as the HomePod, the Apple TV, and Sonos speakers.

Both companies offer multiple AirPlay 2-compatible receiver options that are being updated with AirPlay 2 support.

Apple maintains a list of AirPlay 2-compatible speakers, both released and upcoming, on its HomeKit website, but its listings for Denon and Marantz are not complete. A full list of the AirPlay 2-compatible devices the two companies are said to be offering was shared in May by Poor Audiophile.

Both the Marantz and Denon brands are owned by Sound United, which also owns the Polk brand. Polk is not listed on Apple's HomeKit site, but it is a partner on the main AirPlay website. It's not clear when Polk devices will receive AirPlay 2 updates, but it does not appear that new firmware is rolling out as of yet. The same goes for Definitive Technology, another Sound United brand that is expected to get AirPlay 2 support at some point.

Denon and Marantz join Sonos in offering AirPlay 2-compatible devices, but many other brands are working on AirPlay 2 support as well, including Beoplay, Devialet, Libratone, Naim, Bowers & Wilkins, McIntosh, Bose, and others.

Uh, Marantz and Denon make great receivers, rock-solid boxes that will last many years, maybe even decades if the dust is cleaned and vents are unobstructed. Unlike the Macbook Pro, their receivers don't skimp on size or components for "looks." It takes watts and sinks to power 7 or more channels, and you need a big-ass I/O panel to accommodate all kinds of AV equipment, lots of speakers, many different connections, etc. 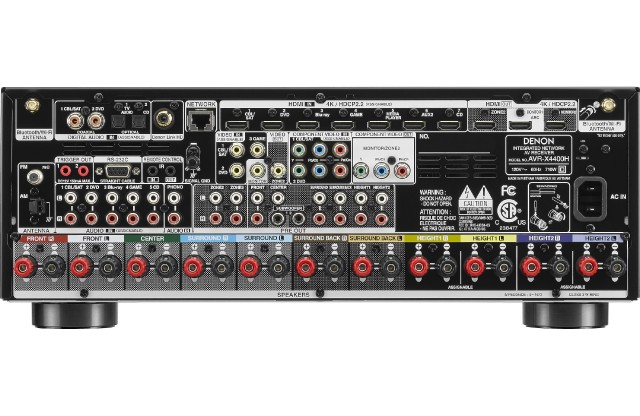 osaga
Solved this years ago with a wonderful product called Apple Airport Express and my 1978 Marantz 1060b
Score: 16 Votes (Like | Disagree)

Uh, Marantz and Denon make great receivers, rock-solid boxes that will last many years, maybe even decades if the dust is cleaned and vents are unobstructed. Unlike the Macbook Pro, their receivers don't skimp on size or components for "looks." It takes watts and sinks to power 7 or more channels, and you need a big-ass I/O panel to accommodate all kinds of AV equipment, lots of speakers, many different connections, etc.

So... they're an audio company focused on sounding great rather than looking great?


That's against everything Apple stands for in the audio portion of their business. I'll bet Jony could school them on a thing or two.
Score: 8 Votes (Like | Disagree)

I don’t doubt the quality i’m just saying this thing looks like the surround sound system of the early 2000’s.

Speaker plugs haven’t changed that much. There’s not really any competitive reason to do so.
Score: 8 Votes (Like | Disagree)

Speaker plugs haven’t changed that much. There’s not really any competitive reason to do so.

You know if Apple made a receiver, they’d have made all the speaker outputs some proprietary format, or bluetooth, by now.
Score: 7 Votes (Like | Disagree)

Friday July 30, 2021 9:04 am PDT by Sami Fathi
Tesla CEO Elon Musk reportedly once demanded that he be made Apple CEO in a brief discussion of a potential acquisition with Apple's current CEO, Tim Cook. The claim comes in a new book titled "Power Play: Tesla, Elon Musk and the Bet of the Century," as reviewed by The Los Angeles Times. According to the book, during a 2016 phone call between Musk and Cook that touched on the possibility of ...
Read Full Article • 212 comments

Friday July 30, 2021 5:44 am PDT by Hartley Charlton
The most important TSMC factory that manufactures Apple's chips destined for next-generation iPhone and Mac models has been hit by a gas contamination, according to Nikkei Asia. The factory, known as "Fab 18," is TSMC's most advanced chipmaking facility. TSMC is Apple's sole chip supplier, making all of the processors used in every Apple device with a custom silicon chip. Industry...
Read Full Article • 110 comments