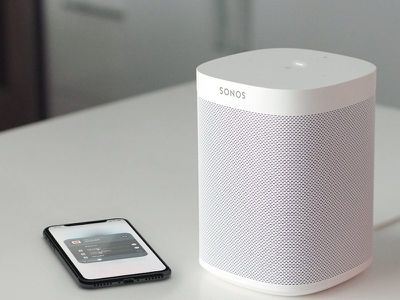 This marks the first time Sonos speakers have supported AirPlay in general, enabling users to easily stream audio from iTunes on Mac, and virtually any app for iPhone, iPad, and iPod touch, including Apple Music, YouTube, Spotify, Hulu, Pandora, and Netflix, to compatible Sonos speakers over Wi-Fi.

AirPlay allows for Siri control of Apple Music or Podcasts playback on compatible Sonos speakers via iPhone, iPad, iPod touch, HomePod, and Apple TV. For example, one could say "Hey Siri, play Beats 1 Radio in the bedroom," after the speaker is named and assigned to a room in Apple's Home app on iOS.

Sonos said its older speakers do not support AirPlay 2 on their own due to processor limitations, but in the Sonos app, they can be paired with any of the aforementioned speakers to enable support for Apple's new protocol. An older Playbar paired with a Playbase, for example, works with AirPlay 2.

Sonos initially held out on adding AirPlay compatibility to its speakers in part due to minor latency issues addressed by AirPlay 2.

Apple first enabled AirPlay 2 in iOS 11.4, released in late May. Sonos is the first third-party speaker maker to support the protocol, to be followed by Beoplay, Bang & Olufsen, Denon, Libratone, Marantz, Naim, and others.

AirPlay 2 support is available through a free software update via the Sonos Controller companion app on the App Store.

oskarbar
How can a HomePod compete (only Airplay and closed to Apple Music), with this Sonos thas has compatibility for everything?

With this Sonos option in the market, makes no sense to buy the Apple...
Score: 25 Votes (Like | Disagree)

How can a HomePod compete (only Airplay and closed to Apple Music), with this Sonos thas has compatibility for everything?

With this Sonos option in the market, makes no sense to buy the Apple...

Many want Siri rather than Alexa.

Many want better sound quality, which the HomePod offers.

Many will like the looks of the HomePod over Sonos.

Many will want the improved integration that the HomePod offers over Sonos.

There are many other reasons some may choose one over the other. Just because you prefer Sonos doesn't mean the same will be true for everyone else.
Score: 21 Votes (Like | Disagree)

How can a HomePod compete (only Airplay and closed to Apple Music), with this Sonos thas has compatibility for everything?

With this Sonos option in the market, makes no sense to buy the Apple...

I have no interest in Alexa in my house, anywhere. I do have a Sonos system with a PlayBar and 2xPlay:1, but they won't support Airplay 2. I do think my Homepod sounds much better than my Play:1, and I use the Siri integration all the time. Having both, I don't have any plans to purchase newer Sonos speakers just to support Airplay2, would rather spend the money on another Homepod for stereo. Different strokes for different folks I guess.
Score: 13 Votes (Like | Disagree)

obiwan
Good move by Sonos. Hopefully these will outsell HomePod by a large margin, so Apple's increasingly closed ecosystem will come back to bite them in the bum.
Score: 11 Votes (Like | Disagree)

TimmeyCook
Sonos is an excellent company.

Instead of b***** that Apple is bad, they just adopt their technologies, and go on with their lives.

They support both Apple, as well as others, like Spotify and Google.
Score: 9 Votes (Like | Disagree)
Read All Comments