Google has added support for Morse code typing to its Gboard app for iOS, providing an accessible method of digital communication for people with disabilities.

The customizable feature replaces the letters of the keyboard with large dot and dash keys to enter text, and offers text-to-Morse sequences to the auto-suggestion strip above the keyboard. 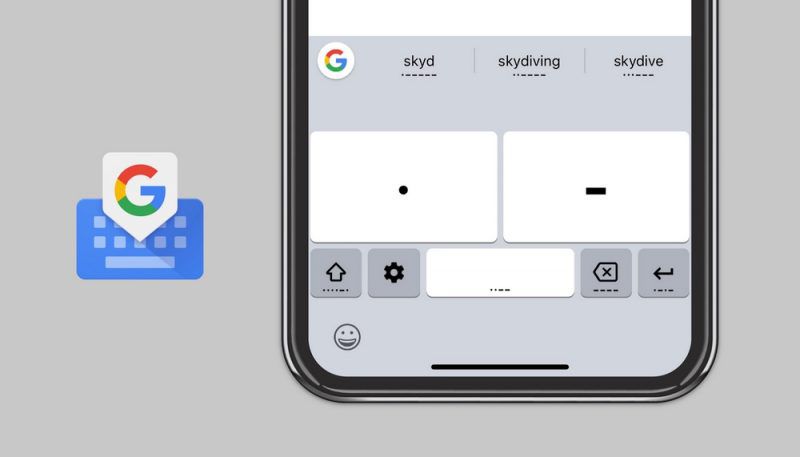 Tania Finlayson, an assistive tech developer with cerebral palsy who works on the Gboard project, explained in a Google blog post how Morse code has helped her communicate more effectively:

"At first I thought learning Morse code would be a waste of time, but soon learned that it gave me total freedom with my words, and for the first time, I could talk with ease, without breaking my neck. School became fun, instead of exhausting. I could focus on my studies, and have real conversations with my friends for the first time. Also, I did not need an adult figure with me every moment at school, and that was awesome."

For existing Gboard users, the Morse code feature is delivered in an update (version 1.29). Gboard is a free download for iPhone available on the App Store. [Direct Link]


I was thinking this at first as well, but then I read "an assistive tech developer with cerebral palsy." It's pretty cool that something invented so long ago can be repurposed to help those with limited motor control or range of motion to communicate today as well. Sure, there's voice recognition, but it's just not quite there yet to be able to know the context in which you're thinking, this offers more control.
Rating: 7 Votes

No real news, Google is wasting money and human resources on nonsense.
Google's wealth of ideas is in the end.
Less than fractions of a promille of mankind can recode Morse.

Inkling
J. R. R. Tolkien called it "chronological snobbery." It's the idea that something old can't be a good as something new. But for a number of applications, there's nothing new that beats Morse. It works when all other means fail. If you can turn something on and off, say a light, you can send with Morse. And if your mobility is limited, Morse will work even if all you can do is twitch a finger, puff your breath, or blink an eye. It's also brilliantly designed to maximize efficiency. The more common letters have the shortest length. "E" is a dot. "T" is a dash.

Even the fact that only a few people now know it is a plus. In most situations, ordinary Morse is invisible and meaningless to them. You saw that in the movie "Independence Day." The space aliens knew nothing about it.

charlyham
I hear they are also working on a smoke signal keyboard
Rating: 2 Votes

verniesgarden
Wasn’t this one of their April fools jokes a few years back?
Rating: 2 Votes

I hear they are also working on a smoke signal keyboard


Would that be a Samsung Galaxy exclusive?;)
Rating: 1 Votes

BuffaloTF
welp... now's my chance to show off the full breadth of my Morse code skills, which didn't necessitate the need for an entire keyboard... here it is:

There is also a hard core of radio society enthusiasts who like to use it. Not my thing personally, but great for people to have a choice.
Rating: 1 Votes
[ Read All Comments ]