Apple Music has now surpassed Spotify's subscriber count in the United States, according to an industry source who spoke to Digital Music News.

The anonymous source, said to be a major U.S.-based distributor, is said to have shared a report with the website detailing the subscriber tallies of several streaming music services, including Apple Music, Spotify, Tidal, and Sirius XM. 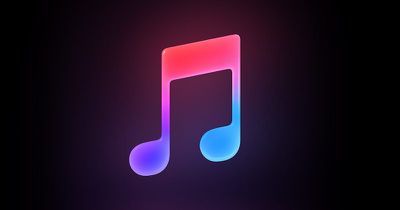 Among primarily on-demand music streaming services, the report says both Apple Music and Spotify have more than 20 million subscribers in the U.S., with Apple now "a hair ahead" with "20 million plus" members. The exact figure was reportedly withheld on request of the source to protect confidentiality.

In February, The Wall Street Journal reported that Apple was gaining U.S. subscribers at a higher rate than Spotify. Apple’s US-based subscriber growth rate was believed to be 5 percent in the U.S., compared to Spotify’s 2 percent. Based on those figures, the report predicted Apple Music would surpass its biggest rival in the summer.

Apple's growth was said to be due in part by the increasing numbers of devices in consumers' hands. Since the WSJ report, Apple has also released its HomePod speaker, which includes features specific to Apple Music.

Apple's service recently surpassed its single-day streaming record, with Drake's fifth album, Scorpion, notching up over 170 million streams in its first 24 hours of availability. Spotify was unable to keep up with its rival's streaming figures for the album, despite Apple Music having around 120 million fewer subscribers than Spotify, suggesting Apple won via stronger user engagement.

In May, Apple CEO Tim Cook said Apple Music had over 50 million users worldwide on either paid subscriptions or free trials. However, that figure still put Apple Music some ways off Spotify, which said it had 75 million paying subscribers as of March 31. Spotify has a much larger total of at least 170 million active users due to the free, ad-supported tier that it offers.

Apple Music has been a major contributor to the continued growth of Apple's services category, which brought in $9.1 billion revenue in the second fiscal quarter of 2018, an increase of 31 percent on a year-over-year basis. Other service-related revenue includes App Store and iTunes Store sales, paid iCloud storage, licensing, and more.

It was bound to happen.

Apple Music is better than Spotify in every way.

Please enlighten us on a few ways that it is better. I've found Spotify way better to discover new music, it's multiplatform and has a better look and feel, although that's personal.
Score: 80 Votes (Like | Disagree)

Please enlighten us on a few ways that it is better. I've found Spotify way better to discover new music, it's multiplatform and has a better look and feel, although that's personal.

Oh sir, please enlighten us which ways Spotify is better?

Besides “because I said so”.

Spotify is crap until it:

1. Allows me to upload my own music and stream my own files
2. Lyrics
3. Vídeos
4. Human made concise playlists, not 500-plus playlists that are basically a google search
5. Decent navigation, without tiny buttons
6. iPad interface
7. Apple Watch interface
8. A tried and true desktop interface
9. Voice controls, not asking Siri because it’s impossible for them, but any speech recognition, e.g. YouTube has speech recognition, why a paid service can’t pay any cloud service for speech recognition
10. Most of all, Apple Music has more music in it.
Score: 64 Votes (Like | Disagree)

Lesser Evets
I would perhaps sign up and get on that subscription if iTunes wasn't so annoying.

It is impossible to search through iTunes music without a gigantic hassle. If you aren't buying into the modern dreck they are pushing, they stifle your ability to find anything unless you have a precise-laser-focus-trigger-phrase search. They won't even RECOMMEND within a genre unless it is new and dumpy. Hidden gems of the past are paved over by popularity and corporate junk.

How many times can I listen to Pink or U2 or (hip, modern, boring, suburban-bland band) before I barf? About once. Maybe less.

Apple has a massive problem in archiving and displaying and presenting of music. Your money masters might lead around the noobs by a nose ring, but I want something fresh from the days of great music and hifi production. Apple Music doesn't help me.

And gramps, here, hates the loudness war, too. Someone, please, stop with compression and let me turn up the volume to hear nuance.
Score: 54 Votes (Like | Disagree)

Oh sir, please enlighten us which ways Spotify is better?

Besides “because I said so”.

Spotify is crap until it:

1. Allows me to upload my own music and stream my own files
2. Lyrics
3. Vídeos
4. Human made concise playlists, not 500-plus playlists that are basically a google search
5. Decent navigation, without tiny buttons
6. iPad interface
7. Apple Watch interface
8. A tried and true desktop interface
9. Voice controls, not asking Siri because it’s impossible for them, but any speech recognition, e.g. YouTube has speech recognition, why a paid service can’t pay any cloud service for speech recognition
10. Most of all, Apple Music has more music in it.

I have found Spotify to be a very good service, however limitations #11-13 are particularly troubling.
Score: 51 Votes (Like | Disagree)

TimmeyCook
It was bound to happen.

Apple Music is better than Spotify in every way.

Spotify was busy trying to gain costumers at all costs and relying on inertia (e.g. libraries you can’t export) to keep them in their service.
Score: 34 Votes (Like | Disagree)
Read All Comments