In 2011, a class action lawsuit filed against Apple accused the company of operating an illegal monopoly by not allowing iPhone users to download mobile apps outside of its own App Store, reducing consumer choice. 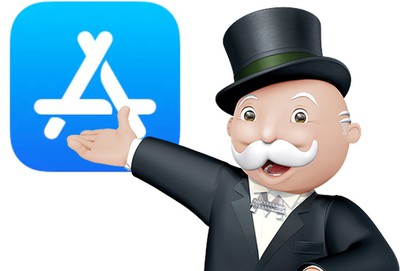 The antitrust case was eventually dismissed in 2013 by a U.S. district court in Northern California, due to errors in the complaint, leading to the U.S. Court of Appeals for the Ninth Circuit allowing it to proceed in 2017.

That decision led to Apple's petition for a writ of certiorari, which was granted today, meaning that the U.S. Supreme Court will now review the appeals court's decision to reinstate the case last year, according to Reuters.

Last month, the U.S. Department of Justice filed an amicus brief in support of Apple, urging the Supreme Court to reverse the Ninth Circuit's decision, arguing that it misapplied precedent from Illinois Brick Co. v. Illinois.

From the start, Apple has argued that it doesn't set prices for paid apps, and that charging a 30 percent commission on the distribution of paid apps and in-app purchases does not violate antitrust laws in the United States.

Apple will now hope the Supreme Court agrees that the case should be dismissed again. No date has been disclosed for the hearing.

nburwell
If someone doesn't like being tied down to the App Store, then simply don't buy an iPhone. It's common sense.
Score: 48 Votes (Like | Disagree)

Gorms
Considering the protections the App Store provides, this is an instance where more choice probably won't be better for consumers.
Score: 39 Votes (Like | Disagree)

Baymowe335
This is not going to go anywhere because it's not a Monopoly.
Score: 30 Votes (Like | Disagree)

If someone doesn't like being tied down to the App Store then simply don't buy an iPhone. It's common sense.

Somehow that argument didn't work in favor of Microsoft..if you didn't like internet explorer, you didn't have to buy a Windows desktop.
Score: 24 Votes (Like | Disagree)

It is a vertical monopoly.

Prove it. You didn't have to buy an Apple product.

This kind of nonsense is a waste of time because people have choices. Once you're an Apple customer, they can do whatever they want and if you don't like it, leave. No Monopoly. It's Apple's prerogative if they want to be as vertically integrated as possible.
Score: 23 Votes (Like | Disagree)

Blackstick
This is no different than the fact you're limited to shopping at the onboard stores when you take a cruise.
Score: 17 Votes (Like | Disagree)
Read All Comments

Friday May 7, 2021 2:07 pm PDT by Juli Clover
Amazon today announced that it is teaming up with Tile to add Amazon Sidewalk integration to Tile's Bluetooth trackers. Amazon Sidewalk, for those unfamiliar, is a network of Amazon Bluetooth devices that's designed to improve the connectivity of devices like the Ring and Amazon Echo. Tile will now be joining Amazon Sidewalk, and through this integration, Amazon Echo and Ring devices will be ...
Read Full Article • 168 comments

Sunday May 9, 2021 2:00 am PDT by Sami Fathi
Zoom, a hallmark platform used by millions during the global health crisis, has been given access to a special iPadOS API that allows the app to use the iPad camera while the app is in use in Split View multitasking mode. This case of special treatment was first brought to attention by app developer Jeremy Provost, who, in a blog post, explains that Zoom uses a special API that allows the...
Read Full Article • 310 comments