Apple has developed its own augmented reality-enabled measuring app called "Measure." The iOS app uses ARKit 2 to measure objects, get automatic measurements of things like photos and tables, and more. 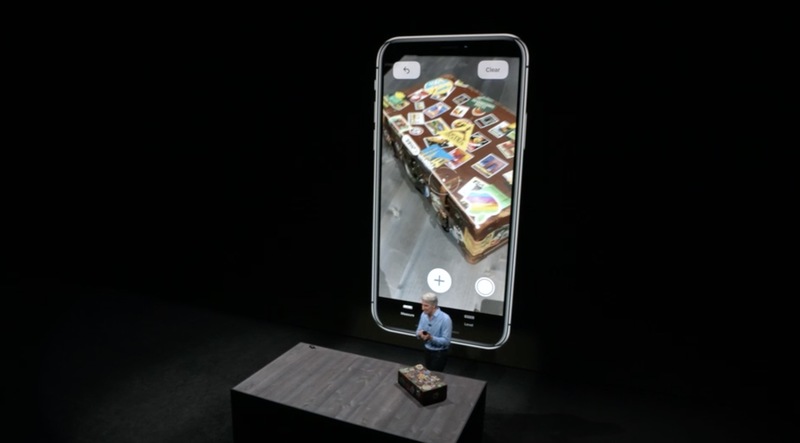 Numerous measurement apps have been available on the iOS App Store since Apple launched ARKit last year, and now Apple will have its own alternative on the App Store for users. In a demo during WWDC, Craig Federighi showed off easily measuring a box with Measure, and then snapped a quick photo which gave him precise measurements of an object.

Measure is a new app in iOS 12, which uses AR to quickly gauge the size of real-world objects similar to a tape measure. The new app automatically provides the dimensions of objects like picture frames, posters and signs, and can also show diagonal measurements, compute area and allow users to take a photo and share it with accurate dimensions right from their iPhone or iPad.

There's no word about a launch date for Measure, though it will likely be released alongside iOS 12 this fall.

filmantopia
If Apple has the confidence to release it as their own app, it's got to be pretty useful and more than just a parlor trick.
Rating: 1 Votes

I realize you are kidding... but developers don't find this funny. Saying it's different because it uses a new version of development software is a slap in the face of the people who innovated while working with less developed tools. Of course Apple knew this solution was already developed. They reviewed and approved it. They took 30% of the revenue it produced. It's MenuBarClock all over again.

And an app that measures things is such an original and out-of-this-world idea that Apple never could have thought of it themselves, right?

Not available in beta 1 (at least on an iPhone 6).


ARKit isn't supported on iPhone 6. It requires an A9 processor which was introduced on iPhone 6s.
Rating: 1 Votes

Not available in beta 1 (at least on an iPhone 6).


really stretching the definition of stolen... there is already free measure apps on the app store
Rating: 1 Votes
[ Read All Comments ]