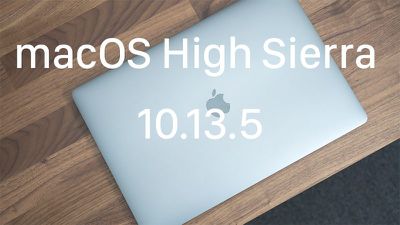 Messages in iCloud, as the name suggests, stores your iMessages in iCloud rather than on each of your individual devices, introducing improved cross-device syncing and saving on-device storage space. Messages in iCloud support is also available in iOS 11.4, which was released to the public earlier this week.

macOS High Sierra will be followed by macOS 10.14, a next-generation version of macOS that Apple is expected to introduce at the Worldwide Developers Conference next week.

FocusAndEarnIt
Messages in iCloud: delivered on the last business day before it'd be a year since it was announced at the last WWDC. Haha.
Score: 57 Votes (Like | Disagree)

Messages in iCloud: delivered on the last business day before it'd be a year since it was announced at the last WWDC. Haha.

Meh who cares. Better delay it and make it work properly.
Score: 18 Votes (Like | Disagree)

AirPower will be released at 9:55am PDT Monday just before the keynote.
Score: 15 Votes (Like | Disagree)

Messages in iCloud: delivered on the last business day before it'd be a year since it was announced at the last WWDC. Haha.

There was a time when Apple refrained from vapourware. Today, under Cook, they are beginning a dangerous trend into vapourware that brings the respect level down several "notches".

It is one full year and now they are delivering it. These guys used to perfect things in the back before releasing, and one could buy products and use services right on the day of announcement, not any longer. I do not know why, understand why, but I do not like this trend.

Messages in Cloud: 3 days before iOS 12 instead of shipping with 11.
HomePod was announced to come months later, released even more months later.
iMac Pro, previewed. Why! Just launch when ready!

There used to be pride in it. But I do sincerely feel that any kind of personalisation, any sort of character of a company was lost the day Jobs passed away.
Score: 13 Votes (Like | Disagree)

So, what’s your point?

GadgetBen
So I guess we should all make a diary entry for June 2019 for the main features of the next macOS that will be announced next week?
Score: 12 Votes (Like | Disagree)
Read All Comments