Apple is likely to launch at least one new iPhone model with a triple-lens rear camera in the second half of next year, according to the Taipei Times, citing a research note from Yuanta Securities analyst Jeff Pu. 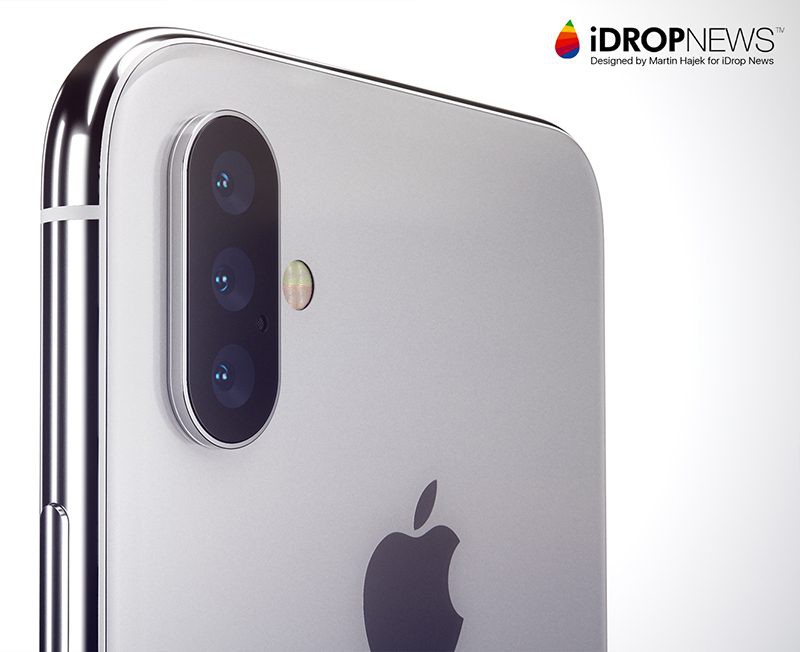 A triple-lens iPhone X mockup by Martin Hajek via iDrop News
The report does not provide any additional details, but a Chinese report from the Economic Daily News last month suggested the camera system will have a 6P lens design with up to 5x zoom and at least one 12-megapixel lens.

The addition of a third lens would likely enable 3x optical zoom on an iPhone for the first time, enabling users to magnify the image in the viewfinder by up to 3x without a blurry reduction in quality like digital zoom. iPhone 7 Plus, iPhone 8 Plus, and iPhone X models feature 2x optical zoom for comparison.

A triple-lens rear camera would likely be a feature reserved for Apple's highest-end iPhones, so if accurate, this rumor probably applies to a third-generation iPhone X and/or iPhone X Plus launching around September 2019.

Huawei P20 Pro
Huawei's new P20 Pro smartphone is the first with a triple-lens rear camera system, including a 40-megapixel lens, a 20-megapixel monochrome lens, and an 8-megapixel telephoto lens with 3x optical zoom. The Verge's Vlad Savov said he prefers the P20 Pro's camera over those on the iPhone X and Galaxy S9.

For anyone hoping this might be a 2018 move instead, former KGI Securities analyst Ming-Chi Kuo has previously ruled out any significant changes occurring to the iPhone X's current dual-lens rear camera system this year. 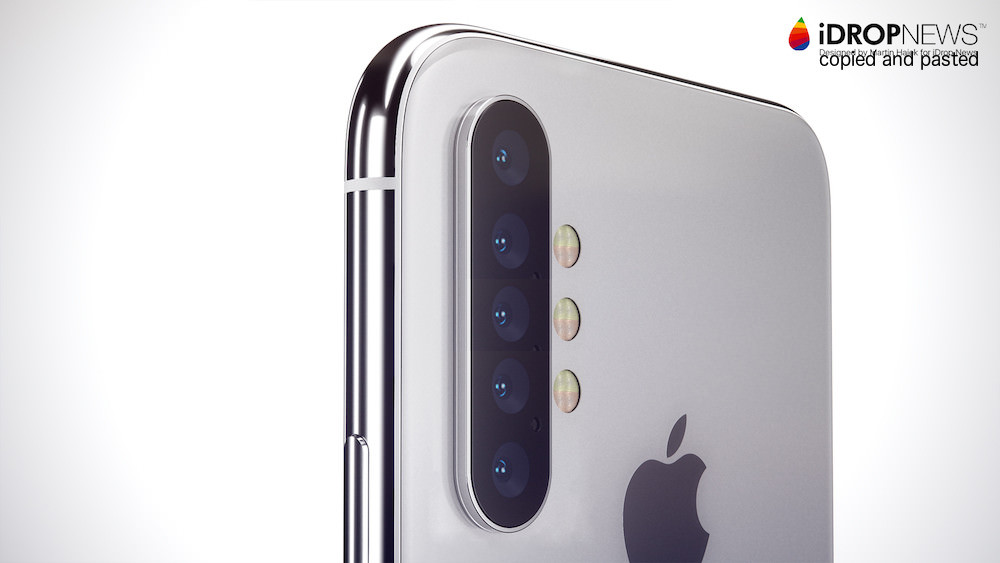 They already have 16 lenses camera, they only need to add the phone part. 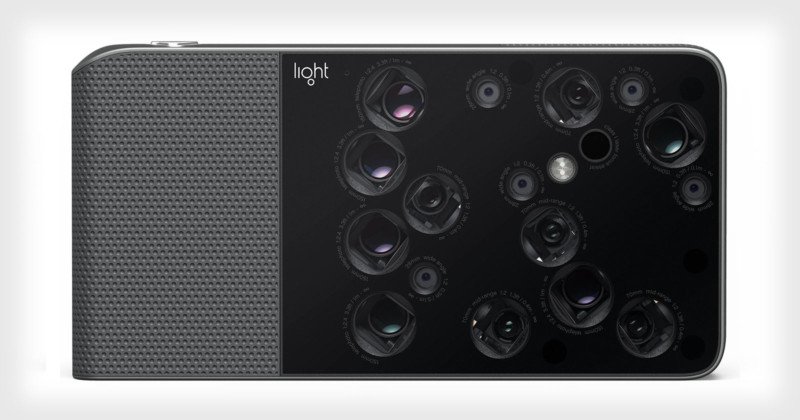 GadgetBen
What nonsense. Apple will simply improve the two lenses.

We aren’t talking about Gillette razors here! It’s not a competition for which phone has the most lenses!
Score: 20 Votes (Like | Disagree)

stevemiller
if they're going to keep adding zoom lenses, how about making the base lens wider angle?
Score: 11 Votes (Like | Disagree)
Read All Comments