Apple Acknowledges Microphone Issue With Some iPhone 7 and 7 Plus Models on iOS 11.3 and Later [Updated]

Apple has acknowledged a microphone issue affecting a limited number of iPhone 7 and iPhone 7 Plus models running iOS 11.3 or later. 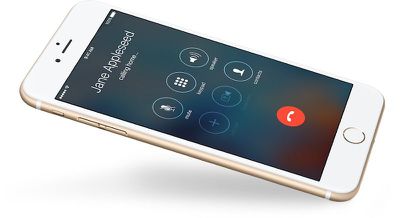 Apple Authorized Service Providers have been instructed to first ask customers to disconnect or power off any Bluetooth headsets or other audio accessories connected to their iPhone to see if that alleviates the problem.

If the speaker button remains grayed out during a call, the service providers have been instructed to run audio diagnostics. Affected devices will display a "device could not detect dock" or "accessory not supported" alert in the diagnostic pane, in which case the service provider can initiate a repair for the iPhone.

If an affected iPhone 7 or iPhone 7 Plus is no longer covered by warranty, Apple says its service providers can request an exception for this particular issue. Apple's document does not specify if the repairs will be completed free of charge, but it seems likely given the circumstances.

While this does not appear to be a widespread problem, there are have been some complaints about microphone issues on iOS 11.3 scattered across MacRumors, Reddit, Twitter, and the Apple Support Communities in recent months.

It's unclear why iOS 11.3 and subsequent software versions are unintentionally disabling microphones on some iPhone 7 and iPhone 7 Plus units. Apple mentions that some of the devices may require a repair, suggesting the software update could somehow be causing a hardware defect, but information is lacking.

Affected customers can schedule an appointment with an Apple Authorized Service Provider or with the Genius Bar at an Apple Store via the Contact Apple Support page: iPhone → Repairs & Physical Damage → Unable to Hear Through Receiver or Speakers → Built-in Speaker → Bring In For Repair.

Apple has not confirmed this issue publicly, but MacRumors has verified the document's authenticity with a reliable source. However, outside of our control, some Apple employees may be unaware of or deny the information. In that event, we recommend escalating your case to a senior AppleCare advisor if possible.

MacRumors has reached out to Apple for clarity on this issue. If and when we hear back, we'll update this article.

Update: Apple appears to have stopped offering that exception as of mid July 2018.

They acknowledge it but don’t allow downgrading, only 11.3.1 signed
Hmm

HacKage
Not entirely sure whether it is software related, or whether it's more down to phones being of a certain age. The iPhone 7 is riddled with Audio IC problems due to a weakness on the PCB akin to the touch issues seen on the iPhone 6 Plus. The company I work for have a queue of iPhone 7 with Audio IC faults at least 10 deep every single day. I would say this is a more common issue than the iPhone 6 Plus touch issues purely down to the amount of repairs we are seeing booked in.

Save this comment for the future, because I guarantee it that Apple will be forced to offer a repair program for iPhone 7 series with audio issues.
Score: 6 Votes (Like | Disagree)

MrGuder
And how many people are going to say OK that's the last straw let's upgrade to the iPhone X, win-win for Apple.
Score: 5 Votes (Like | Disagree)

Well, it's not even about testing for everything in this kind of scenario, but finding devices that might be affected by something when the vast majority of the same type of devices don't seem to be.

OMG it might take 10 guys 30 seconds to test voice quality on each possible device
Score: 3 Votes (Like | Disagree)

I think the most common answer I've seen on these threads is that they can't possibly test for everything BUT one wonders if they only test the new release by powering off/powering on?

I’d say that destroying the mic, requiring a physical fix, is quite a big thing to miss during SQA...
Score: 3 Votes (Like | Disagree)

apolloa
What a surprise they broke something else..

I do hope they haven’t been using this bug as an excuse not to replace throttlegate batteries!!
Score: 3 Votes (Like | Disagree)
Read All Comments