iOS 11.3 Release Notes Appear to Have Leaked With No Mention of Messages on iCloud or AirPlay 2 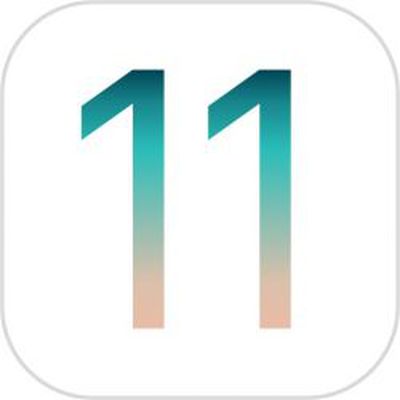 French developer Pierre Blazquez today shared what he claims are the final iOS 11.3 release notes, supposedly obtained from Apple's servers. His tweet contains images of the release notes in English for the United States.

Apple blog Mac4Ever shared the release notes in French, which we've translated and embedded below in English.

While there aren't too many surprises, it's worth noting that Messages on iCloud is not listed, despite being enabled in the latest iOS 11.3 and macOS 10.13.4 betas. Apple did say the feature is included in the betas "for testing and evaluation purposes," so it was never entirely clear if it would be ready for the final release.

AirPlay 2 is also not listed, although the protocol was removed from the later beta versions of iOS 11.3 and tvOS 11.3. Messages on iCloud and AirPlay 2 were also not listed in macOS 10.13.4 release notes leaked last week.

As expected, there are also new accessibility features, a wide range of stability improvements and bug fixes, and other enhancements:

Business Chat (Beta) — US Only

Health Records (Beta) — US Only

Other Enhancements and Fixes

iOS 11.3 remains in beta testing, but a public release appears to be imminent, as the software update was seeded for the new iPad yesterday.

Apple recently confirmed that there will be an iOS 11.4 software update, perhaps including Messages on iCloud and AirPlay 2.

OldSchoolMacGuy
How dare they! I was promised nothing and I'm upset I didn't get it!
Score: 27 Votes (Like | Disagree)

How dare something not present in the betas not be there in the final release!

How dare they promise Airplay 2 "soon" at WWDC 2017 and still not have it released a year later. Oh and it actually was present for a while.

Not sure what the aim of this major point release release is really considering everything significant has been dropped. It should be in a minor point release IMO (i.e. 11.2.6).
Score: 14 Votes (Like | Disagree)

What is sad is that iOS12 will probably be what iOS11 should have been. It feels like each year the software gets buggier and buggier which is horrible considering they have a massive amount of beta customers now participating that should give crash data which leads to quicker stable releases.

The problem is that 99% of beta users don't bother reporting an issue. If they do experience it, they head to a forum like Reddit or MR and complain. That does NOTHING to help Apple. Apple needs real data. They can't fix an issue they don't know exists. The beta has a super simple app built right in for reporting those issues and yet people don't use it.

Remember how big "Bendgate" was? People acted like everyone had a phone that was bent. In reality, less than 12 people had reported it actually happening to them. That shows how we assume problems are bigger than they really are. The same happens with these bugs.
Score: 10 Votes (Like | Disagree)

dominiongamma
iMessages was introduced last June! And we are approaching iOS 12 in June, sad!
Score: 9 Votes (Like | Disagree)
Read All Comments