Apple CEO Tim Cook to Appear on MSNBC on April 6

The interview will be titled "Revolution: Apple Changing the World," with no other details about Cook's appearance at this time. 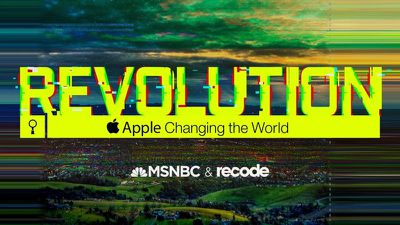 With no additional information available, it's not clear what Cook's discussion will include, but topics like privacy and data collection are likely to come up given the recent scandal with Facebook and Cambridge Analytica and concerns over the CLOUD Act.

Cook may also spend time discussing the new educational initiatives Apple plans to introduce at its March 27 event, and we could get additional commentary on the consequences of Apple's power management features in older iPhones.

Cook is often tight-lipped about new products, but he could potentially provide some veiled hints on what Apple's working on both this year and in the future.

We'll have coverage of Cook's interview with Recode and MSNBC here on MacRumors on April 6.

BaracksPhallusPalace
Apple stopped changing the world when Jobs died. Tim Cook only tries to change the world with his politics.
Score: 22 Votes (Like | Disagree)

How come Apple neglected so many areas and let competitors eat Apple’s lunch?

Why did Apple make so little progress in their computer hardware?

How come Apple charges the same amount of money for 4+ years old design?

Some people feel trapped into Apple’s ecosystem, what does he think of that?

How come Siri was first and ended last?

What is compelling about Apple TV when all smart tv’s sold today offer more included?

How come Apple does one transit of a city a month and google does a whole country in the same timeframe?

I can go on and on... and I really wish I could ask those questions because no one does it in an interview :mad:
Score: 16 Votes (Like | Disagree)

Considering Apple’s growth exponentially since Cooks leadership in 2011 and onward that Apple has taken since Job’s passing with the company‘s value and expansion of products/services, what you’re posting is absolutely false.

Being the company with most money in the bank doesn't "change the world" unless you're considering investment opportunity since that time. They've changed the design of the iPhone and begun providing services that are subpar in contrast to the competition's, and even those services are needing to be run on the competition's infrastructure. Siri and iTunes are a joke. We haven't had a new Mac Pro or Mac Mini in nearly 4 years. What we have gotten are some new crappy TV series like "carpool karaoke" that nobody asked for and a plethora of emojis that don't require any development effort.
Score: 13 Votes (Like | Disagree)

now i see it
Umm let me guess... Exciting products in the pipeline?
Score: 10 Votes (Like | Disagree)

Apple stopped changing the world when Jobs died. Tim Cook only tries to change the world with his politics.

Considering Apple’s growth exponentially since Cooks leadership in 2011 and onward that Apple has taken since Job’s passing with the company‘s value and expansion of products/services, what you’re posting is absolutely false.
Score: 9 Votes (Like | Disagree)
Read All Comments