According to Google, Android P offers support for "the latest edge-to-edge screens with display cutout for camera and speaker," with a new "DisplayCutout" class for outlining the size and shape of a notch on an Android device. 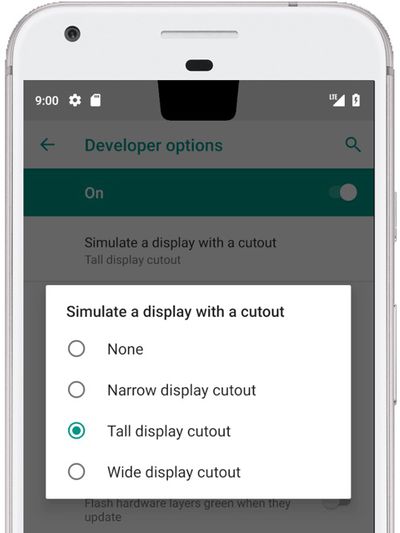 Several new Android devices feature an edge-to-edge display with an included notch much like the iPhone X. The Leagoo S9, for example, is a $150 iPhone X clone that features slim side bezels and a front notch, with a design that looks very similar to the iPhone X.

Leagoo S9
The recently announced Asus ZenFone 5 also adopts a design that uses a notch, and when it was unveiled, Asus bragged that its notch is 26 percent smaller than the notch on the iPhone X.

Asus ZenFone 5
Other clone devices have surfaced from Chinese vendors, such as the Boway "Notch Series," and with official Android support for notch-style designs, we'll likely see more Android smartphones that aim to emulate the iPhone X. Even more well-known Android smartphone vendors are embracing the notch, with LG's upcoming G7 said to include a notched design.

Renders of the upcoming LG G7 via Techno Buffalo
Apple implemented a notched design in the iPhone X in an effort to maximize the available display area. The notch houses the TrueDepth camera system, which includes several components necessary for Face ID. Android companies copying Apple's design aren't using the notch in the same way, with currently available models offering fingerprint scanners rather than facial recognition.

Android P is available for developers starting today, with a public release to come in the future following beta testing. Google is warning that Android P is in the early stages of development and should not be installed on a primary device.

Nimrad
First there are Notch removers on iOS, then there's a Notch adder on Android.

This is insane, but proves Apple is still sought after design-wise.
Score: 59 Votes (Like | Disagree)

I find that Asus announcement photo funny, the childish "Fruit Phone X" aspect notwithstanding, but I feel like it needs the below:

*"with 100% less 3D facial mapping technology that necessitated the wide notch in the first place that we are bragging about being smaller than sine we aren't including anywhere near the same level of technology in that are of the screen"
Score: 46 Votes (Like | Disagree)

WannaGoMac
This is ridiculous. First Android mocks the notch, and now embraces it. Pathetic.

Reminds me of the signs at a WWDC 12 years ago, "Redmond, start your photocopiers" and Steve Jobs quote "The only problem with Microsoft is they just have no taste." 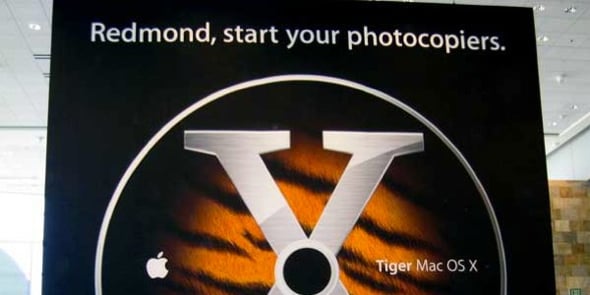 wolfshades
Why would a company like Google deliberately *add* a notch to its OS display? That's just ridiculous. If I'm jumping ship from Apple, I'm for sure not going to want a phone with that notch.
Score: 32 Votes (Like | Disagree)

Why would a company like Google deliberately *add* a notch to its OS display? That's just ridiculous. If I'm jumping ship from Apple, I'm for sure not going to want a phone with that notch.

It's a developer option. The idea is to simulate the notch when testing your apps, so that users of Android phones which DO have a physical notch will see it function correctly.

It's not intended for the average Joe with a Galaxy S7 to create their own notch effect.
Score: 32 Votes (Like | Disagree)

pankajdoharey
Cant these android people even come up with a phone design on their own ?
Score: 30 Votes (Like | Disagree)
Read All Comments