In addition to our in-depth coverage of the latest Apple news and rumors at MacRumors, Quick Takes is a new column that provides a bite-sized recap of other Apple-related headlines on weekdays. 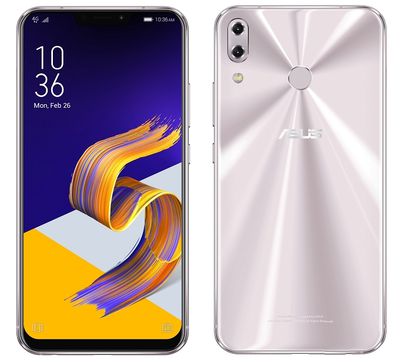 Asus ZenFone 5
The focus this week continues to be on Mobile World Congress, where a number of Apple's competitors unveil new products.

- Asus debuts iPhone X lookalike ZenFone 5: Taiwan's Asus today unveiled the ZenFone 5, its latest Android smartphone that resembles the iPhone X. Asus isn't shying away from the similarities, as on stage, it said the ZenFone 5's notch is 26 percent smaller than the one on Apple's flagship smartphone. ZenFone 5 also has a 90 percent screen-to-body ratio, versus 86 percent for the iPhone X.

Skip to around the 47:55 mark to watch the ZenFone 5 vs. iPhone X comparison
Commentary: It was only a matter of time before Android smartphones imitated the iPhone X, although not all vendors are following suit. Samsung's new Galaxy S9, for example, still has uniform bezels, and the South Korean company has poked fun at the iPhone X's notch on stage and in an ad last year.

- Apple has added more refurbished Apple Watch Series 3 to its online store: There are currently six Wi-Fi + GPS variations to choose from, but still none with LTE. 38mm models cost $279, and 42mm models cost $309. Each watch is cleaned, inspected, repackaged in a new box with a magnetic charging cable, and protected by a one-year warranty. AppleCare+ is available. Supplies are limited.

Commentary: Apple's certified refurbished products are virtually indistinguishable from brand new products, so if you are in the market for an Apple Watch Series 3, this is a good opportunity to save 13 to 15 percent off regular prices.

- Sprint and T-Mobile have revealed their 5G rollout plans: The carriers plan to build out 5G networks by the first half of 2019, when the first 5G-capable smartphones are expected to launch. Sprint's 5G-ready cities will include Atlanta, Chicago, Dallas, Houston, Los Angeles and Washington, D.C., while T-Mobile will first reach customers in New York, Los Angeles, Dallas, and Las Vegas.

Commentary: The race to 5G is on, but it won't really matter until smartphones are released with support for the ultra-fast technology. A recent report claimed future iPhone models may be equipped with 5G modems from Intel, but it doesn't appear that will happen until the second half of 2019 at the earliest.

Commentary: Apple patents lots of different inventions, many of which never see the light of day as consumer-facing products. However, it's fun to envision a MacBook with an extended Touch Bar, or a foldable 2-in-1 device that could be used as both as a MacBook or iPad depending on its orientation.

However, it's fun to envision a MacBook with an extended Touch Bar, or a foldable 2-in-1 device that could be used as both as a MacBook or iPad depending on its orientation.

No, it is NOT fun. What would be "fun" would be the entire MacBook line receiving some respect for the first time in years, especially the MacBook Pro.

iOS is fine on iPads and other such devices. The implementation of iOS on the Mac can only result in a bastardized experience; Frankenstein aside, Mac hardware is not suitable for proper iOS usage. Moreover forcing the issue can only further erode the usefulness of Mac software.

Apple would have been better off leaving the entire Macintosh line—hardware and software—as is and alone from 2012 forward rather than what they have done with it.

How about some actual, real improvements to all Macintosh? Apple? Those wishing to use iOS have plenty of choices and are better off looking elsewhere.
Score: 10 Votes (Like | Disagree)

techwhiz
Essential Ph-1 shipped with a notch first.
People through it was odd ball.
Now we have an iPhone with a notch and people think the following:
1. Apple was the first phone to ship with a notch. Nope.
2. It's no longer odd ball but cool.

Naraxus
Lovely. So rather than admit to their gross mistake and get rid of the useless touch bar that replaced commonly used function keys Apple's deciding to double-down on it. smh
Score: 7 Votes (Like | Disagree)

zorinlynx
A laptop with a touchscreen keyboard? Does Apple think that nobody actually types more than a few words anymore?
Score: 5 Votes (Like | Disagree)

What happens if you get some dirt in there. Will it scratch the display when it’s closed?

It should courageously explode in a bright, bold, daring fireball.
Score: 5 Votes (Like | Disagree)

Oh yes please bring us a MacBook with a digital keyboard; to hell with ergonomics.

And to hell with touch typing. I want to look down at each key I press to make sure I'm not pressing an adjacent key by mistake.
Score: 4 Votes (Like | Disagree)
Read All Comments