Apple has reportedly hired engineer Michael Abbott for an unspecified role within the company, according to information obtained by MacGeneration [Google Translate]. Abbott's job history includes vice president of engineering for Twitter, team lead for the Azure cloud platform at Microsoft, and senior vice president of apps and services at Palm, where he helped create webOS.

More recently, Abbott served as a venture capitalist at Kleiner Perkins Caufield & Byers, and invested in numerous start-ups and companies over the years, including Snapchat. In a personal update blog post shared last August, he explained that he would be stepping away from VC investing "over the next couple of months," and instead focus on his engineering passions again. 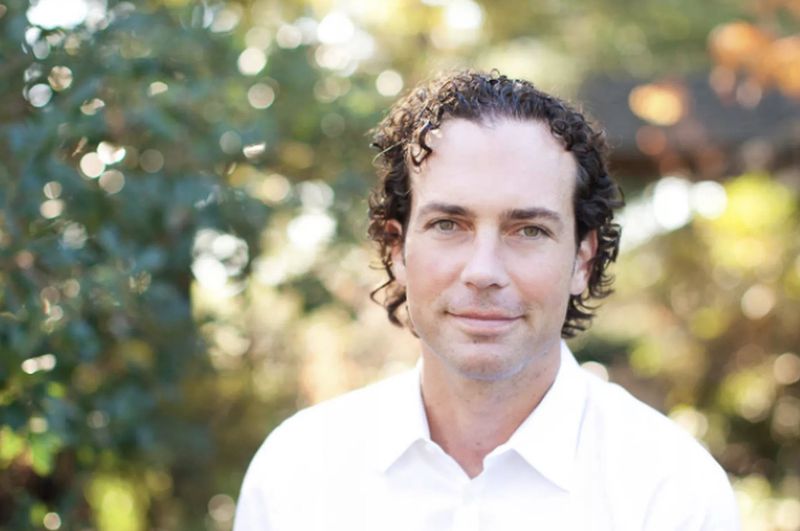 Ultimately, my desire to discover and invest in the next new thing became eclipsed by my desire to get my hands dirty again and build the next new thing. I have come to understand that my real passion lies in the grappling to understand, develop and build new technologies. Like you, perhaps, I am captivated by what AR could enable, and fascinated by ‘real’ applications of AI/ML, or how security techniques from the world of geopolitics are influencing enterprise technologies.

I was born and raised here in Silicon Valley. I grew up seeing and being inspired by the big names we take for granted today. Now with some graying hairs (but still a full head of hair for now!), a daughter in elementary school, and enough time since I last built a new technology and company, I am ready to do it again. I have more to build.

Since his move to Apple hasn't been confirmed, speculation suggests Abbott could be working on Siri development under Craig Federighi. His blog post also directly references being "captivated" by augmented reality and "real" applications of artificial intelligence and machine learning -- all areas that Apple and CEO Tim Cook have repeatedly referenced as being of great interest for the company.

The last few well publicized hires made by Apple have been mainly focused on the company's burgeoning streaming TV service, with Apple obtaining talent from Amazon, Hulu, and Legendary.

Update March 3: Abbott has confirmed the move on his LinkedIn page, noting only that he has served as a VP at Apple since February 2018.

Aluminum213
Siri is so useless that Apple just needs to start over at this point
Rating: 6 Votes

Wackery
I think what really ‘captivated’ him was the pay cheque offered
Rating: 5 Votes

MrXiro
I'm a former Sony Pictures and 21st Century Fox employee and I would be captivated with AR too. Please hire me Apple. :P
Rating: 4 Votes

AngerDanger
After the first three words, this headline reads like the synopsis of a dystopian sci-fi film.

Twitter is one of the best apps lmao. Social media and otherwise.


Its an awesome tool for one sided propaganda and maybe celebrity gossip. I mean cool if you’re into that. But the bastion of free speech that it once was is long gone
Rating: 2 Votes


So useless that it is by far the most used personal assistant in the world, in more languages than any other assistant, and that over a half a BILLION people on the planet USE REGULARLY. "

Siri sucks" is such a tired and phony internet meme. It's hardly definitive, but even look at the recent Loop Ventures test of Siri on the Homepod.

"One important thing to note here is that some of the queries tested by Loup Ventures are simply not supported by HomePod – (navigation, email, and calling, which Siri does well on the iPhone, but haven't been activated yet for initial roll out of the Homepod-) "when these types of queries were removed, HomePod successfully answer 67 percent of commands – putting it above Alexa and Cortana."

And like the best personal assistants, she is the only one who is discreet and preserves your privacy and security ;)
Rating: 1 Votes

So useless that it is by far the most used personal assistant in the world, in more languages than any other assistant, and that over a half a BILLION people on the planet USE REGULARLY. "

you think just because something is used a lot it's good? HAHA

and let me fill you in on a secret, if you own an iPad or iPhone, you are stuck with Siri by default
Rating: 1 Votes

Thank you for revealing that secret. And in turn, here's not a secret, but a suggestion. Critical thinking helps in supporting your argument. Here's how it might be used in the case at hand.

Whether to use a personal assistant is optional. Most people who have smart phones or tablets, even Apple products, to date choose NOT to use one; thus it is highly relevant that among those who choose to use one, Siri is used vastly more often than others. Indeed, since there are vastly more Android phones sold, this fact is even more remarkable.

One more example, it is illogical that hundreds of millions of people would choose to regularly use something that is entirely optional, but is "useless" and "sucks."

If you are interested in more information on critical thinking, here's a useful link. Join the movement, it's free!

"Critical thinking is the intellectually disciplined process of actively and skillfully conceptualizing, applying, analyzing, synthesizing, and/or evaluating information gathered from, or generated by, observation, experience, reflection, reasoning, or communication, as a guide to belief and action."

• Apple Releases iOS and iPadOS 13.3.1 With Toggle for Turning Off U1 Chip in Latest iPhones (73)
• Two of the iPad's Creators Share Thoughts on Its Development, Evolution, and More (32)
• Filmic's New DoubleTake App Lets iPhone Users Shoot Video From Multiple Cameras Simultaneously (45)
• 'iPhone 9' Production Reportedly Scheduled for February, But Could Be Impacted By Coronavirus Outbreak (61)
• MGM Held Talks With Apple and Netflix to Gauge Interest in Acquisition (119)
• FCC Opens Up 3.5GHz Spectrum for Full Commercial Use, Apple's Newest iPhones Already Offer Support (29)
• Apple Patent Imagines iMac Made From a Single Sheet of Glass (125)