Apple this afternoon uploaded several new short videos to its YouTube channel, which are aimed at luring current Android smartphone users to the iPhone.

The first video, "Ease," is meant to demonstrate how easy it is to transfer content from an Android device to an iPhone using the Move to iOS app from Apple.

Upgrade to iPhone. The Move to iOS app makes it simple to move your music, photos, and more to iPhone. Switch today.

A second video, styled in the same way, is meant to demonstrate the security of iOS devices compared to Android devices. The video's description highlights the frequent iOS updates that Apple releases.

Two additional videos, "Environment" and "Apple Support" focus on Apple's commitment to the environment and its support options, which include Apple retail stores, online support, and phone support.

All of the videos direct users to Apple's "Switch" website, which is designed for customers who use an Android or another smartphone and are thinking of switching to an iPhone.

The website answers simple questions like "Will it be easy to switch to iPhone?" and "Will iPhone be easy to use?"

It also offers up details on key features that differentiate the iPhone from other devices, such as Portrait Mode, iMessages, Apple-designed chips, Touch ID and Face ID, user privacy, the App Store, and more.

Since 2015, Apple has offered the "Move to iOS" app which is designed to make it quick for Android users to swap to an iPhone by transferring data like contacts, message history, photos and videos, web bookmarks, mail account information, calendars, wallpapers, DRM-free songs, and books.

Apple has been ramping up its efforts to lure Android switchers to iPhone since 2017, when it overhauled the "Switch" site and first began releasing ads targeted at Android users.

otternonsense
It will take a lot more than that, from what I can tell. The smartphone industry has peaked, and like it or not, the iPhone isn’t as compelling a device as it used to be.
Score: 37 Votes (Like | Disagree)

Most android users I know are cheap in most aspects of their life, tech included.

The few that care most about tech are intrinsically attracted to the inconvenient ways of doing things.

With friends like you who needs enemies. It's exactly this attitude towards other people (over a phone, seriously?) that can turn people off being associated in any way with the apple community.
Score: 24 Votes (Like | Disagree)

now i see it
98% of Android users choose android phones because they are cheaper. No amount of cute advertising is going to change that.
Score: 20 Votes (Like | Disagree)

I want a solid android base, so Apple has to try harder 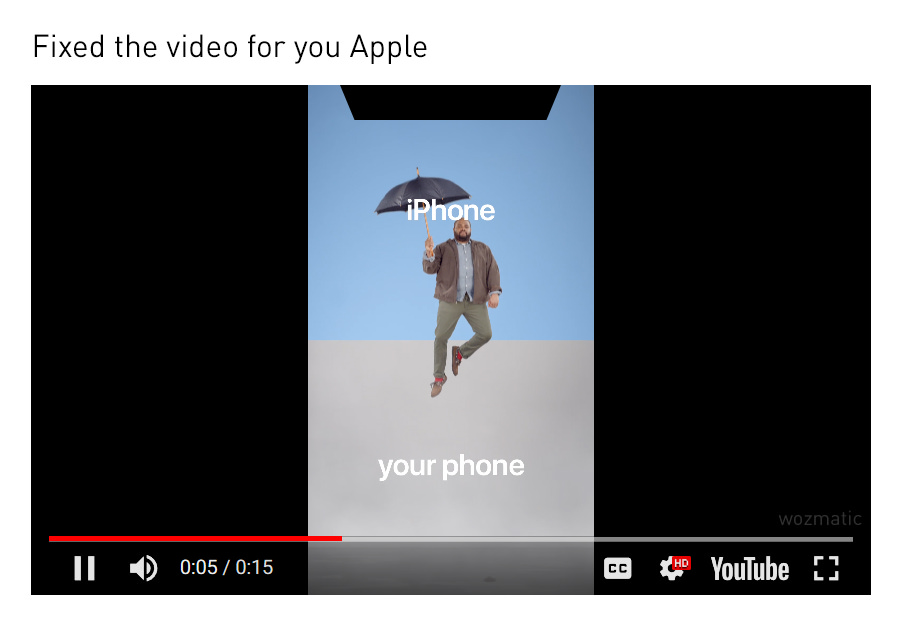