In December, Apple announced its plans to open a new flagship retail location at the Federation Square shopping center in Melbourne, Australia in 2020. Since that announcement, many locals have come out against the store and the demolition of the existing Yarra building, arguing that the public space in Federation Square should stay that way and not be "given up" to a corporation.

This week, Apple's planned store has faced new backlash in regards to its design, coming from the Melbourne City Council (via the Australian Broadcasting Corporation). During a city council meeting on Tuesday it was reported that Apple's design proposal for the location was "overwhelmingly" rejected by the community through about 800 public submissions disliking the look of the store.

Melbourne councillors then "unanimously backed" a motion to lobby the government for a new store design and public consultation on the project, and now await to see if the government will accept or reject its proposal. Councillor Nicholas Reece was said to have described the proposed store as a "Pizza Hut pagoda."

If the Government rejects the council's proposal, then the administration will encourage Upper House MPs to disallow the planning scheme amendment enabling the project.

Councillor Leppert said the council lacked the power to block the development from going ahead. "This is one of the strongest positions we have taken," he said.

"It reminds me of a Pizza Hut pagoda and I just think it's like something that's rolled off an Apple Store production line," Cr Reece said.

Apple last month said the Federation Square location "respects the original vision for the plaza, with a bespoke design concept and extensive landscaping bringing increased opportunities for the community to enjoy this renowned cultural hub."

Despite uniting against the design of the store, Melbourne councillors are reportedly divided regarding further commercial development in Federation Square. Councillor Reece mentioned "with the right design," Apple's appearance in the area "could be a good thing." As pointed out by ABC in December, before becoming favored by the community today, Federation Square itself was a "controversial piece of architecture" when it was first built in 2002, "with many people dismissing it as ugly and strange."

Lilok
Haha...yes, it does look like pizza hut xD
I wouldn't want i either.
Rating: 8 Votes

So, from the looks of it, Apple should go with more of a post-apocalyptic BarterTown theme? On first glance, several of the buildings look like they were pieced together haphazardly out of random pieces of sheet metal and plywood.
Rating: 7 Votes

During a city council meeting on Tuesday it was reported that Apple's design proposal for the location was "overwhelmingly" rejected by the community through about 800 public submissions disliking the look of the store.

-BigMac-
I walk through Federation Square every day as I work in the city.

Looking forward to providing up to date pictures for you guys as it progresses :)
Rating: 5 Votes

Chupa Chupa
Really can't fault them. Apple has lot's of cool looking stores. This is not one of them. It looks dated and obtrusive for the environs. Go back to the drawing board.
Rating: 4 Votes 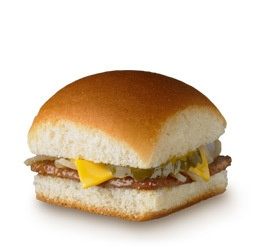 From the picture, looks a bit out of place. Given that green / / open / park space - if accurate, I'm not surprised about people getting upset. Once green space has gone, its gone forever.


Only, it’s cureently a public square opposite a train station and the river. The new building will replace an existing building and if I recall correctly, would actually have provided more space around the building than currently.

I truly like Melbourne as a place and federation square is lovely, but the double standard right now is hilarious as a lot of the complaining is about a multinational corporation opening a store in a space that isn’t designed for that... well I guess they forgot about the 7-eleven that already exists in the square and looks a lot worse than an Apple store ever will!

Maybe when they remove the convenience store I’ll rethink my stance on a company like Apple spending money to design a new building.

That said, it could do with some work, some public consultation wouldn’t go amiss. But the public seems very misguided right now.


Melbourne is a very ‘green’ as in politics city.

I would suggest build it like the Apple store in New York City on 5th avenue. All underground with the glass cube as the entrance above ground. That NYC store is simple but elegant on the outside and immense on the inside. The glass cube would be a much closer fit with the design of the other buildings at Federation Square too.


I’m not certain, but the building next door might contain a gallery under the square already as it’s the Australian Centre for Moving Image (ACMI). That would face an even bigger backlash if they were asked to move for Apple.
Rating: 3 Votes