During today's earnings call covering the first quarter of 2018, Apple CEO Tim Cook was asked whether investors should be concerned about slowing upgrade rates due to Apple's battery replacement program and the fact that consumers may opt to replace their batteries instead of purchasing a new iPhone. 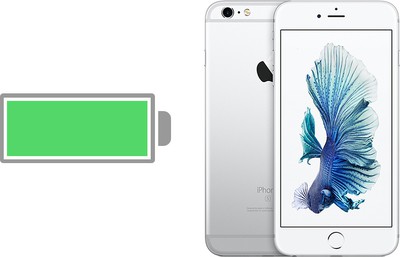 In response, Cook said that he couldn't answer because it wasn't something that Apple took into account. Apple "did not consider, in any way, shape, or form, what it would do to upgrade rates," said Cook.

We did it because we thought it was the right thing to do for our customers. I don't know what effect it will have for our investors. It was not in our thought process of deciding to do what we've done.

In the same answer, Cook said the iPhone has fantastic reliability, and that the previously-owned market is continually expanding, with customers handing down older iPhones and using trade-ins to get new devices. Cook said he believes customers handing their devices down is a positive, because "the more people on iPhone, the better."

Following the revelation that Apple introduced power management features that slow older iPhones in order to prevent unexpected shutdowns in devices with degraded batteries, Apple was accused of planned obsolescence and deliberately slowing devices to prompt customers to upgrade.

Apple has vehemently denied that the power management features were implemented to spur customers to upgrade, and the company has said that instead, the features were meant to expand the life of an iPhone for as long as possible.

Apple has apologized for the misinformation that has circulated about the power management features, and it has also introduced a program allowing customers to get $29 battery replacements for the iPhone 6 and newer. In iOS 11.3, Apple will provide more information about battery health and give customers the option to toggle off the power management feature all together.

We did it because we thought it was the right thing to do for our customers. I don't know what effect it will have for our investors. It was not in our thought process of deciding to do what we've done.

Uhhh no, you did it because you got caught, and it was the only way you could quickly think of, to keep the customers and governments off your back. The lawsuits will still come, but this greatly reduced the calls to tar and feather everyone at Apple.
Score: 61 Votes (Like | Disagree)

lostngone
HA! Sure they didn't... ;) Just like they didn't think how slowing peoples phones down in the first place would impact upgrade rates.
Score: 27 Votes (Like | Disagree)

Apple "did not consider, in any way, shape, or form, what [the battery replacement offer] would do to upgrade rates," said Cook.

Really? Which Apple is that? The Apple that looks at design challenges and logistics from every angle before moving a chess piece? Or some slow-witted twin in charge of customer relations?
Score: 25 Votes (Like | Disagree)

Act3
Count me as just replacing 3 iPhone 6s batteries and not upgrading 3 phones in my house. May even keep these three for 2 more years.
Score: 20 Votes (Like | Disagree)

Uhhh no, you did it because you got caught, and it was the only way you could quickly think of, to keep the customers and governments off your back. The lawsuits will still come, but this greatly reduced the calls to tar and feather everyone at Apple.

No, Tim. Every single decision is about maximizing shareholder value. That's your mandate. To claim otherwise is completely disingenuous.
Score: 19 Votes (Like | Disagree)

Cook said that he couldn't answer because it wasn't something that Apple took into account. Apple "did not consider, in any way, shape, or form, what it would do to upgrade rates," said Cook.

See kids? this is why Cook makes the big bucks... because he's able to say complete horse**** like the above while somehow keeping a straight face ;)

Of course they thought about it at one point or another. You're telling me Apple, the richest company in the world, got to that point by being idiots and not even considering how intentionally sabotaging customers older devices via software throttling might spur some new upgrades? Riiiiiight :rolleyes:
Score: 17 Votes (Like | Disagree)
Read All Comments