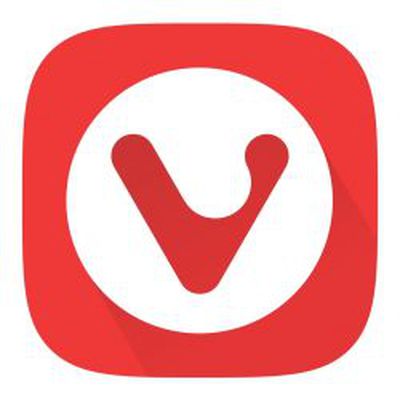 Vivaldi's Reader View works similar to reading modes in other browsers, allowing users to view content in a clutter-free reading environment where they can change the font, adjust line height, column width and switch to dark or light background.

With the latest update, however, a new vertical reading option can be found in the Reader View settings, allowing Chinese, Japanese and Korean users to read online text in a vertical direction with no distracting page elements.

Moving on, Vivaldi has improved its notes feature, accessed in the browser's side bar, which lets users annotate websites and attach screenshots while they browse. In 1.14, Markdown support has been introduced, making it possible to easily format note text on the fly while surfing the web.

Elsewhere, the location of individual quick-access Web Panels can now be customized in the browser sidebar, while users are also able to rearrange search engines in the list layout using drag and drop for the most convenient order.

As well as the above updates, newcomers to Vivaldi should check out the app's in-depth browsing habits overview, which is backed by statistics and visual data, along with its tab stacking and tab tiling features, not to mention an exhaustive set of browser customization options. Vivaldi browser is a free download for Mac available directly from the Vivaldi website.

Is Firefox really that bad now since version 57? I think it is really snappy and stays so even with many tabs open – something the later versions of Safari has struggled with for me. I know there seema to be an issue with Firefox eatinga lot of CPU when visiting certain sites, but I'm thinking that will be fixed.

Well, responsiveness on the new architecture is great. I'm also someone who watched how at startup and loading pages would eat memory in Firefox, Chrome etc. on Windows (where I sit at work during the day - I ran things in 32bit VM's sometimes memory would matter). Up until the big architecture change in Firefox its started up and kept memory usage much lower than Chrome etc... of course that was a single thread to run everything through etc., so if one tab went down everything did - but that rarely ever happened with my plugins (uBlock Origin and Ghostery). But the new one eats memory by the gobs in comparison...

For a short time you can still see the difference, actually. Firefox has what they call Firefox ESR (extended support release) - which is basically a version that keeps the architecture stable for a year or something but ports in all the security fixes that happen over time. Targeted at companies (cause they were being shutout in the corporate world to Chrome). So the current Firefox ESR still has the original Firefox engine (not the updated memory eating one). You can download it and run it to see the lower amounts of startup and tab memory buildup:

In small memory situations its significant...and makes Firefox ESR worth installing. That said it'll switch over to the newer memory eating architecture in August 2018. ;-) All the old plugins and UI customizations work in it, so nice...

JungeQuex
Anyone used this yet? I have yet to try it. Currently using Brave now.

I swear that there’s so far no such thing as a “good” browser. Chrome and Firefox eat resources. Safari tabs go inactive after sitting idle (not good for some work I do). Brave has key functions that don’t work on certain pages. And on and on we go.

I just want a simple, speedy browser that supports extensions and won’t use 6-8GB.
Score: 1 Votes (Like | Disagree)

MacDawg
I've used it some and found it to be quite speedy
Just hard to make a commitment to a new browser and make it my daily driver
Score: 1 Votes (Like | Disagree)
Read All Comments