The Apple Lisa, released in 1983, was one of the first personal computers to come equipped with a graphical user interface, and soon the operating system that ran on the Lisa will available for free, courtesy of the Computer History Museum and Apple. 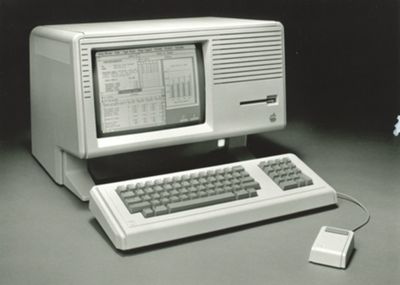 As noted by Gizmodo, Al Kossow, a software curator at the Computer History Museum, recently announced that both the source code for the Lisa operating system and the Lisa apps have been recovered. Apple is reviewing the source code, and once that's done, the museum will be releasing the code publicly.

Just wanted to let everyone know the sources to the OS and applications were recovered, I converted them to Unix end of line conventions and spaces for Pascal tabs after recovering the files using Disk Image Chef, and they are with Apple for review. After that's done, CHM will do an @CHM blog post about the historical significance of the software and the code that is cleared for release by Apple will be made available in 2018.

The only thing I saw that probably won't be able to be released is the American Heritage dictionary for the spell checker in LisaWrite.

Back when the Lisa was first released, Apple charged $9,995, with the machine aimed at business users. It was equipped with a 5MHz Motorola 68000 CPU, 1MB of RAM, and a 5MB hard drive. Given its high price, Apple only managed to sell about 100,000 of the Lisa computers. Though Steve Jobs originally denied it, he later said the Lisa was named for his daughter, Lisa Brennan.

“What have museums and History class ever done for us?”

That’s why. Learning from history, being inspired by greatness, extrapolating what’s next.
Score: 26 Votes (Like | Disagree)

Absolutely cool! Guessing it'll be C with some Assembly thrown in there for critical areas. But this will just be cool to look at for all the programmers out there.

Almost certainly no C. Apple used Pascal as its primary higher-level language back then. The source to QuickDraw and MacPaint were released in 2010. QuickDraw is entirely assembly, and MacPaint is a combination of Pascal and Assembly.
Score: 16 Votes (Like | Disagree)

Per Al Kossow, the Lisa operating system has some historical significance which will be detailed in an upcoming CHM blog post that will accompany the release of the operating system source code.

Per Al Kossow, the Lisa operating system has some historical significance which will be detailed in an upcoming CHM blog post that will accompany the release of the operating system source code.

It was NOT cribbed, stolen, borrowed or anything other remotely suspect. It was paid for with a s-load of pre-IPO apple stock. Also when the Mac was first introduced the apps had to be written and compiled on the Lisa.
Score: 12 Votes (Like | Disagree)

I know a lot of amateur programmers out there who get a kick out of checking out source code. It's like the Apollo 11 files, it's crazy to see how programmers overcome shortcomings or limitations in hardware. It's definitely cool, no matter how practical their uses are in today's world.
Score: 11 Votes (Like | Disagree)
Read All Comments