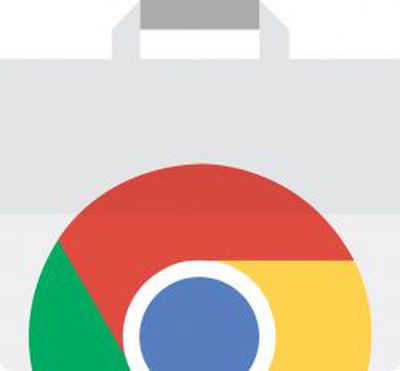 Google has shuttered the Chrome Apps section of its Chrome browser web store, following through on an announcement the company made more than a year ago. As of Wednesday, the Apps selection no longer appeared in the web store's search panel filters below Extensions and Themes.

Prior to yesterday's removal, Chrome apps were available in two flavors: packaged apps and hosted apps. As Ars Technica notes, hosted apps were little more than desktop bookmarks, but they gave Chrome OS users a way to pin important web pages to certain parts of the GUI.

Packaged apps, which first appeared on Mac in 2013, could be downloaded into the Applications folder where they were designed to function like native Mac apps, working offline, updating automatically, and syncing on any computer where a user was signed into Chrome.

By 2016, Google had decided they were no longer worth the resources, because only around 1 percent of users across Windows, Mac, and Linux actively used Chrome packaged apps, and by that time the functionality of most hosted apps had been implemented as regular web apps.

This week, Google began sending out emails to Chrome app developers informing them that Chrome Apps are now deprecated, and that the functionality of already installed apps will end early next year. As a replacement, Google is moving developers towards Progressive Web Apps (PWAs).

The hybrid software was launched earlier this year on Android and brings similar app features to websites, including push notifications and offline sync. Apple has already started building support for PWAs into Safari on iOS, while Google is reportedly aiming to release PWAs for desktop by the middle of next year.

ArtOfWarfare
This is why I never use Google platforms as a developer. They’re full of great ideas, but you can be certain that within 1-3 years, google is going to abandon it and announce a replacement.

Periodically I’m asked to update an older application built on a google platform. That’s always a nightmare. The horrible experiences from all of them leads me to ensure any new apps I’m part of don’t have google involved.
Score: 30 Votes (Like | Disagree)

somethingelsefl
"But I thought that Google was the only company innovated and it never made any bad software choices?" -Every low-key Android fanboy MR forum user
Score: 7 Votes (Like | Disagree)

This is why I never use Google platforms as a developer. They’re full of great ideas, but you can be certain that within 1-3 years, google is going to abandon it and announce a replacement.

Periodically I’m asked to update an older application built on a google platform. That’s always a nightmare. The horrible experiences from all of them leads me to ensure any new apps I’m part of don’t have google involved.

I see it time and time again with their apps, it is so immensely infuriating. MyTracks and Lattitude are examples, they could have just left the apps alone, ageing sure but they didn't need to shutter them.

They are like a child in a toy shop "oh look, new shiny thing to play with!". They never seem to want to focus on one thing and polish it.
Score: 4 Votes (Like | Disagree)

Xenomorph
I guess I was part of the 1%.

I have a Chromebook, and the Chrome Apps let me use the same stuff on Chrome OS, Windows, and Mac.

I haven't used Chrome OS in a long time, but I use macOS daily. All my Chrome Apps were still available.

I used an SFTP client, an SSH terminal, Google Keep, Chrome Remote Desktop, TeamViewer, a VNC viewer, and had a few games.

This isn't a huge loss. I will use other stuff. But it is also another "oh look, Google killed ANOTHER thing" event.
Score: 4 Votes (Like | Disagree)
Read All Comments