Spotify is quietly testing a new feature that enables listeners to provide positive or negative feedback on track selections in Discover Weekly playlists. 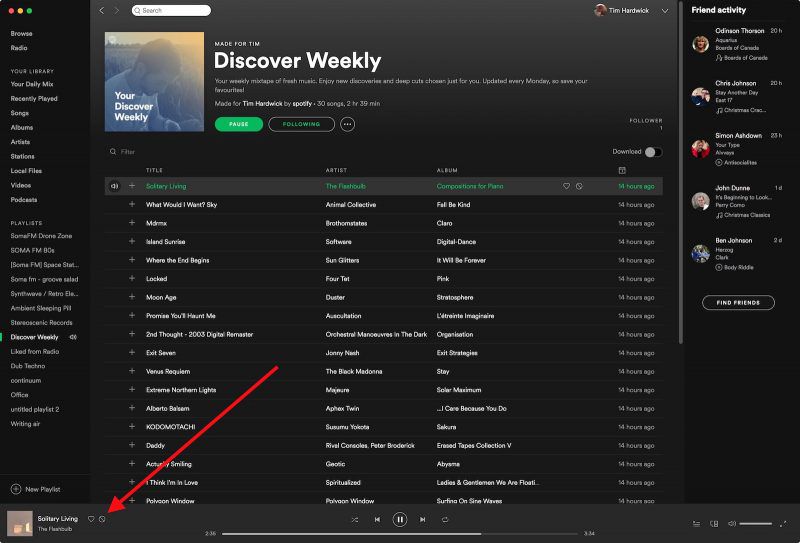 First spotted by Mashable, Spotify has started including a small heart symbol and a blocked sign at the lower left corner of the desktop app interface when a song is playing in a Discover Weekly playlist. When users hover over the heart or blocked sign, a description overlay shows "Like" or "Don't like", respectively.

Clicking "Like" adds the track to the listener's library, while clicking "Don't like" causes a dialog to appear asking whether it's the song or the artist the user isn't keen on. Selecting either ensures that track/artist doesn't show in Discover Weekly again.

According to Spotify, it is testing the like/dislike buttons as a possible new feature for Discover Weekly (they can already be found in the Daily Mix), but they won't appear for everyone, and the streaming service still hasn't decided if a full rollout will follow.

Spotify's Discover Weekly playlist has been a hit with subscribers. Spotify announced in May 2016 that more than 40 million people had used the playlist service, streaming just under five billion tracks in under a year. As Mashable notes, some users have been requesting like/dislike buttons for the playlists for at least a couple of years.

So when will Spotify have an app for Apple Watch?
Rating: 8 Votes

Gorms
Apple Music does this in my For You playlist, well actually throughout the Music app, but I use it most there. And I can keep hitting dislike on songs with lyrics like "Jesus is my life" and songs by Ed Sheehan & Ex-One Direction members until the cows come home for tea. Makes zero difference. The very next week, a new song about Jesus there in my ears followed by some One Direction member or Sheeran.

Never let your partner mix their music into your library is the lesson here. Although as neither of us are religious in any way, and I'm very averse to it, I'm at a loss as to why Jeebus just keeps sliding back in there so aggressively. It does go to show that if Apple are using ML here, as I suspect, it's not very good and should be matching me more with the angry-group-of-men-screaming-violently-into-my-ears music that I tend to listen to.

Back on topic, for Spotify users, I do hope Spotify's dislike button listens to you more than Apple Music's does.
Rating: 2 Votes