Earlier this month, YouTube came in for heavy criticism after multiple users of its mobile app reported plummeting battery life on their iPhones and iPads. iPhone X users in particular said the YouTube app caused their device to run much hotter than usual when watching videos. YouTube admitted there was a battery-draining bug that it was working to fix, and today the service claims to have done just that. 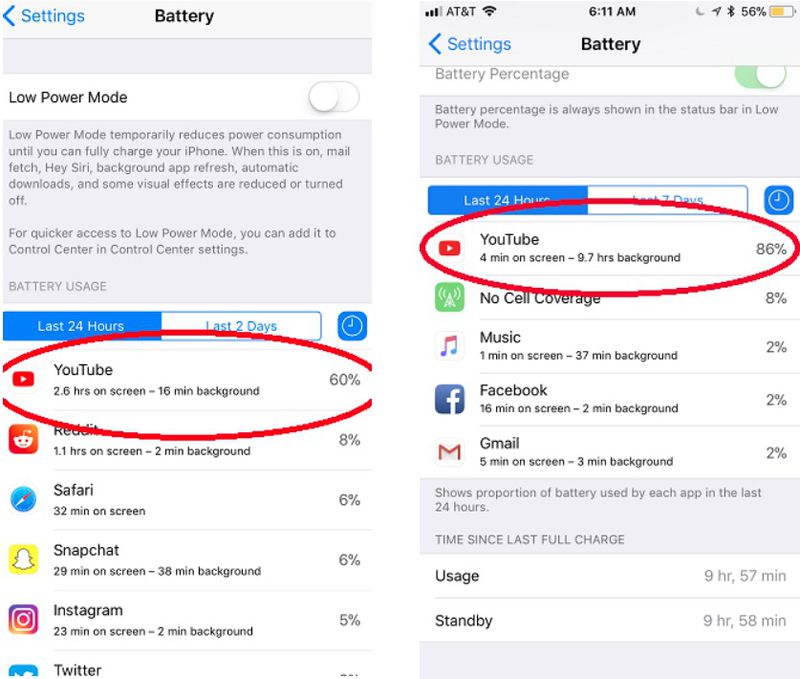 Version 12.45 of the app was pushed out to users this morning with the accompanying note "Fixed an issue with battery usage". We haven't had enough time with the app to confirm the issue is indeed fixed across all devices, but initial tests on an iPhone X running iOS 11.1.1 seem to support YouTube's claims.

Some users had complained that YouTube was sucking the life out of their phones even while it was running in the background, although it's unclear if that was limited to when users were casting video to a smart TV. Let us know how you get on with the updated YouTube app in the comments below.

Sad that Apple does a poor job of app approvals now, blindly letting anything through.

nonsense claim. apps get screened which is why ios doesn’t have the malware apps that were discovered on android recently.

but analyzing apps to ensure they’re coded smartly and in a power efficient manner isn’t part of their purview. that’s up to the app developer, dur. put blame where blame is due — google, not apple.
Rating: 6 Votes

djcerla
Good to hear that.

My iPhone X, by the way, is just off an amazing real-life battery test: off the charger at 8 AM of Saturday, had a busy DJ day with 4 flights, and lots of photo shooting, some Netflix and YouTube, phone calls etc. I was back home at 3 PM of Sunday and the phone still had 3% battery. I never switched it off (nor did I "switch off" myself as I had no sleep at all).

It's the best battery performance I have ever achieved on a phone.
Rating: 5 Votes

nayanbhalotia
It has definitely improved. Just hope that facebook does the same soon.
Rating: 3 Votes

thadoggfather
YouTube should burn in hell and they deserve to get annihilated by a viable competitor.

Their priorities are troubling and disturbing

Advertisers aren’t pulling out for no reason probably waited until all youtubers posted their "iphone battery test" videos using the youtube app. looking at you casey neistat.


Sad that Apple does a poor job of app approvals now, blindly letting anything through.
Rating: 2 Votes

It would drain my battery doing NOTHING in the background. As in watch a short video in the morning, then stop using app (not force quit), wonder why battery is low mid day, then discover 40% of drain was Youtube 'background activity' according to setting.