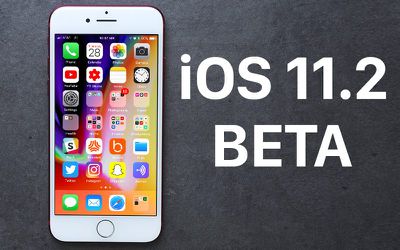 The iOS 11.2 update also addresses an animation bug in the Calculator app that caused some numbers and symbols to be ignored when entered in rapid succession. The update removes the animations from the calculator app so calculations can be done quickly with no need to pause between entering numbers to obtain the correct result.

SMH...What sucks exactly? I am trying to figure out if I have issues that I am not realizing because all of the gestures are butter for me on 11.2 Beta 2. :confused:
Score: 4 Votes (Like | Disagree)

C DM
Sounds like the final release of 11.2 is probably just about a month away at most.
Score: 4 Votes (Like | Disagree)

Have you read any of the discussions on this topic? This needs to be there. :confused:

I suppose not everyone who buys these things will be completely technology minded. God help me when my Dad decides he wants one. He likes to have the latest gadgets but uses precisely zero of their abilities, other than to drive me up the wall asking the same question again and again and again and....
Score: 3 Votes (Like | Disagree)

Imagine living in a country without Apple Pay, and outside of the US where there will be no Apple Pay Cash either.... ;). Feel better now?
Score: 3 Votes (Like | Disagree)
Read All Comments