Over the course of the last week, there have been a growing number of complaints from users who have discovered that the display of the iPhone X becomes unresponsive in the cold.

Users on both reddit and the MacRumors forums have noticed that their iPhones immediately refuse to recognize some touch input when exposed to cool outdoor temperatures. As it turns out, there is a software bug causing the issue, which Apple says will be addressed in an upcoming update. From a statement to The Loop: 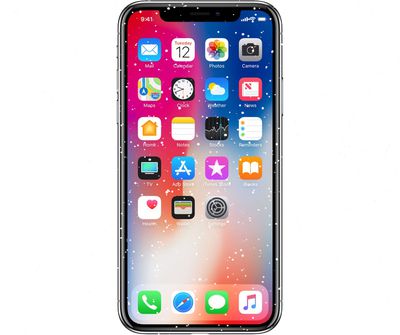 Apple says its iOS devices operate best between temperatures of 0º and 35º C (32º to 95º F), but some of the people who are experiencing issues have seen display problems within these temperature parameters. Reddit user darus214, for example, had his iPhone X act up when it was 45 to 50ºF outside.

I've noticed that my iPhone X screen becomes very unresponsive as soon as I step outside. It literally takes 2 seconds from going inside to the cold outdoors and my screen stops being very responsive. I try swiping on websites and it doesn't register my finger. It's very noticeable. Is anyone else having this problem?

Not all iPhone X users are experiencing problems with the display in cold weather, and those that are see the problem occur as soon as cold exposure happens rather than after a period of time, which does indeed suggest a software issue. Most affected users have said that the problem clears up after a few minutes. From the MacRumors forums:

I have a space gray 256gb iPhone X and I really like the phone, except...

I live in Finland and here is cold (-30-5°C) about 6 to 7 months in a year. Yesterday I noticed that when I'm outside and temperature hits about -1°C (~30°F) my iPhone X's display becomes working incorrectly. Some touches aren't recognized and some are not accurate at all. Problem solves itself after about 3-5 minutes of use, or when I go back indoors.

This is driving me crazy. Anyone else having this kind of problem with the phone?

It's not clear when Apple will fix the cold weather bug, but a fix could come in iOS 11.2, which is currently in beta testing. Apple this morning released iOS 11.1.1, an update that addresses an autocorrect bug that caused "i" to correct to "A[?]" on some devices.

asdavis10
How big is Apple's QA department? Must be 5 guys playing rock paper scissors over the best view at the spaceship.
Score: 49 Votes (Like | Disagree)

Please, no coldgate posts.. New hardware, you have to expect bugs..

I can't wait to hear how this is a software issue. (seriously the phone doesn't have a temperature sensor so how does it know?)

All iOS devices have temperature sensors.
Score: 20 Votes (Like | Disagree)