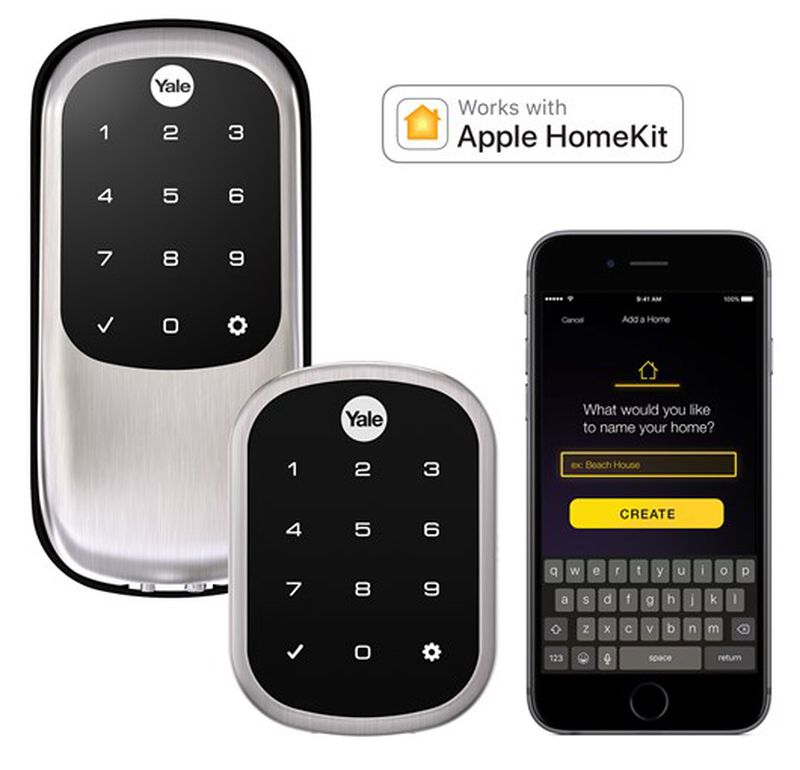 Both the Assure Lock SL (YRD256) and Assure Lock Key Free Touchscreen Deadbolt (YRD246) will soon be available with an iM1 Network Module preinstalled, which adds HomeKit compatibility out of the box.

Yale is also releasing the iM1 Network Module separately for customers that wish to add HomeKit support to an Assure Lock they already purchased. 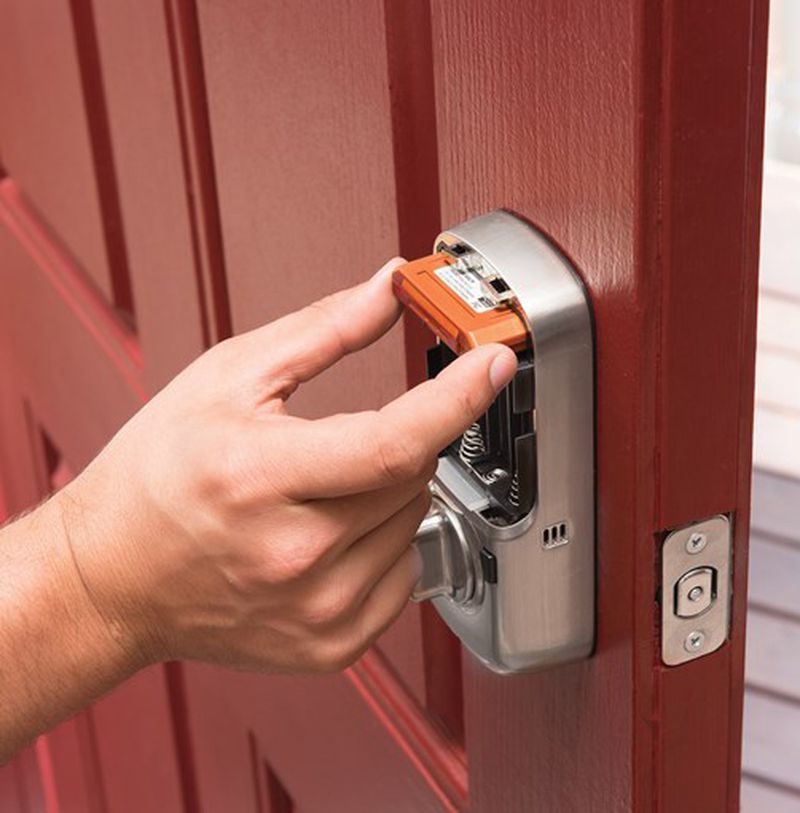 Installing the module can be done by removing the battery cover and batteries, snapping the module into place, and enrolling the module by following these steps:
HomeKit support will enable users to lock and unlock their homes with Apple's Home app on an iPhone, iPad, or iPod touch running iOS 10 or later. Homeowners can also use Siri voice commands, such as "Hey Siri, lock the front door."

Assure locks feature a backlit capacitive touchscreen keypad for keyless entry. If a smartphone is unavailable, users can enter a unique 4-8 digit PIN code to enter the home.

Locking and unlocking away from home requires a fourth-generation Apple TV or later, or an iPad with iOS 10.3 or later, set up as a home hub.

The locks are powered by four AA batteries included, or users can touch a 9V battery to the terminals at the bottom as a backup option.

The new Assure Lock SL and Assure Lock Key Free Touchscreen Deadbolt with the iM1 Network Module should be available on Amazon by Monday, October 16 for $249.99 and $199.99 respectively. Prices vary.

The module will be available for $49.99 at major retail stores in the United States and Canada, including Best Buy and Lowe's, starting October 16.

Folks, your generic digital combo locks are available at hardware stores for $50.

A few things that the $200 smart locks can do that the $50 generic lock you mention can't:

Remotely show the lock status.
I go to work before my kids leave for school. Did they remember to lock the door on their way out to the bus? Let me check...

Remotely lock/unlock the door.
Crap, my turd of a son did leave the damn door unlocked. Let me push this button and lock it.
or I'm not home but need to let my neighbor in really quick this one time -- I don't want them to have a permanent code that lets them in anytime...

Automation.
Automatically lock this door at 11PM every night.

or When I unlock this door at night and there are no lights turned on inside, automatically turn on the hallway and kitchen lights for me.

or As I'm pulling into the driveway and say "Hey Siri, I'm home" to my Apple Watch, automatically unlock the front door for me (because my hands will be full of grocery bags).

or When I say "Hey Siri, Good night", automatically lock this door for me if it's unlocked (regardless of the time).

or Alert me when someone unlocks the door.

Is all of that worth the extra $$$? Obviously, not to you. But doesn't seem a fair comparison at all to imply a "$50 generic digital combo lock" is an equivalent.
Rating: 14 Votes

Yale is also releasing the iM1 Network Module separately for customers that wish to add HomeKit support to an Assure Lock they already purchased.


I think this is the biggest take away from this. I’m not currently in the market for a smart lock, but if that day comes, Yale just made it to the top of the list.
Rating: 10 Votes

Braderunner
What we need (or...what I want) is a lock that can be unlocked with a tap of the Apple Watch! :) :D :cool:
Rating: 6 Votes

GadgetBen
Make this compatible with Apple Watch for close proximity access and I will definitely install one of these locks on my privately enclosed outbuilding (which is surrounded by my 8ft garden walls and quadruple locked heavy duty metal gate).
Rating: 2 Votes

They look very pretty, but once again, way too expensive. Folks, your generic digital combo locks are available at hardware stores for $50. Do these companies really think people are going to spend $200-300 just to have a "home kit compatible" lock? (I don't know, maybe there are people crazy enough to spend that kind of dough on a door lock.)

mytdave
They look very pretty, but once again, way too expensive. Folks, your generic digital combo locks are available at hardware stores for $50. Do these companies really think people are going to spend $200-300 just to have a "home kit compatible" lock? (I don't know, maybe there are people crazy enough to spend that kind of dough on a door lock.)
Rating: 1 Votes


You can almost get that with a Kwikset Kevo 2. They do not (yet?) have a Watch app, but with the app running (foreground or background) on your phone, and the phone in your (front) pocket, you can touch the deadbolt to lock or unlock the door from the outside.
Rating: 1 Votes

canadianreader
It looks like a Nokia feature phone
Rating: 1 Votes
[ Read All Comments ]