We're just over two weeks away from the pre-order date of the iPhone X on October 27, meaning it's just over three weeks until the first group of customers will finally have Apple's next-generation iPhone in their hands on November 3. As these dates near, Apple has begun to put up billboards for the new device all over the world in cities like Toronto, London, Tokyo, San Francisco, and more. 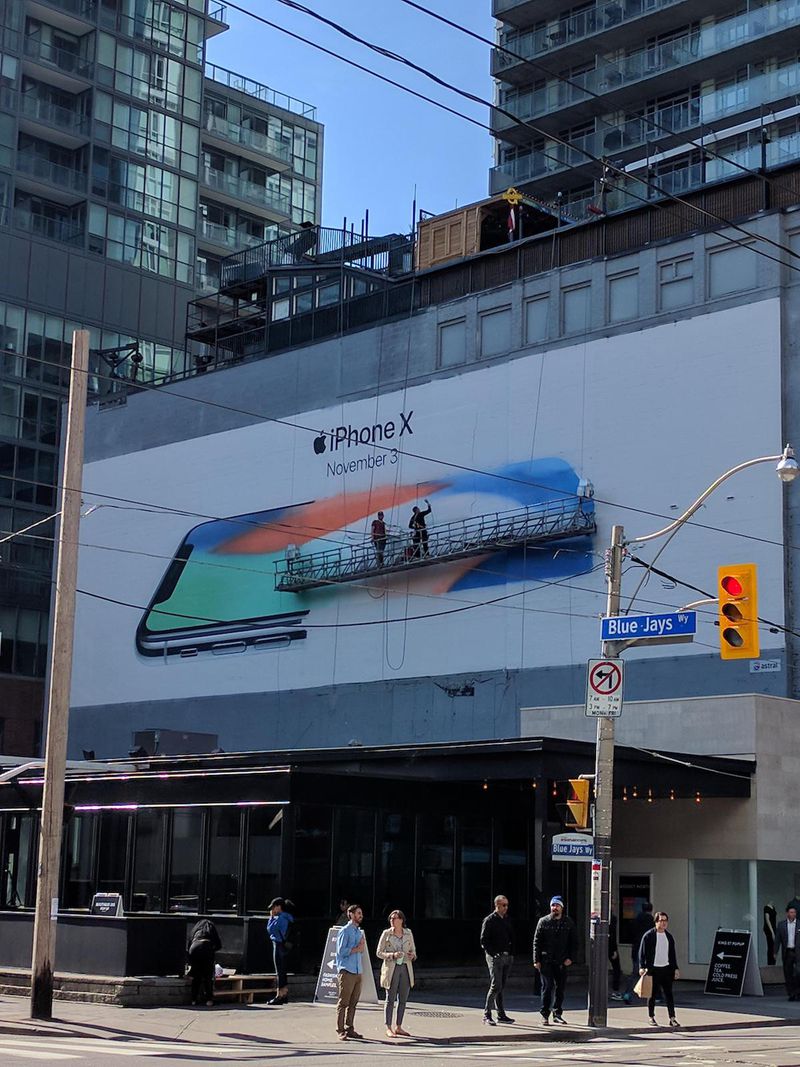 Earlier in October, a second iPhone X billboard was spotted going up nearby in the city by Financial Post reporter Josh McConnell. Both billboards are located in Downtown Toronto. 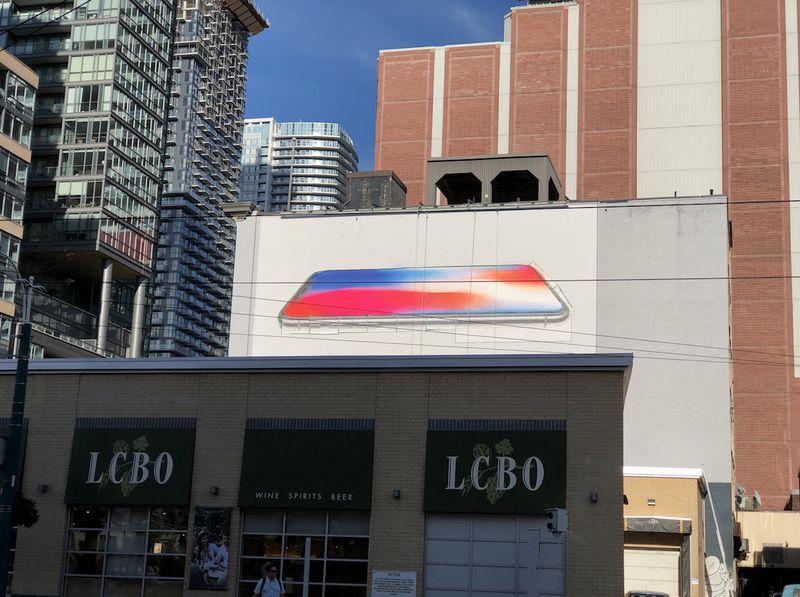 In London, a billboard was spotted at Boxpark Shoreditch, a pop-up mall in East London that was constructed in 2011 using refitted shipping containers. The area is known for its shopping, galleries, cafes, restaurants, and nearby there's an Apple reseller called "Shoreditch Macs" that offers repairs, part exchanges, and refurbished Macs. 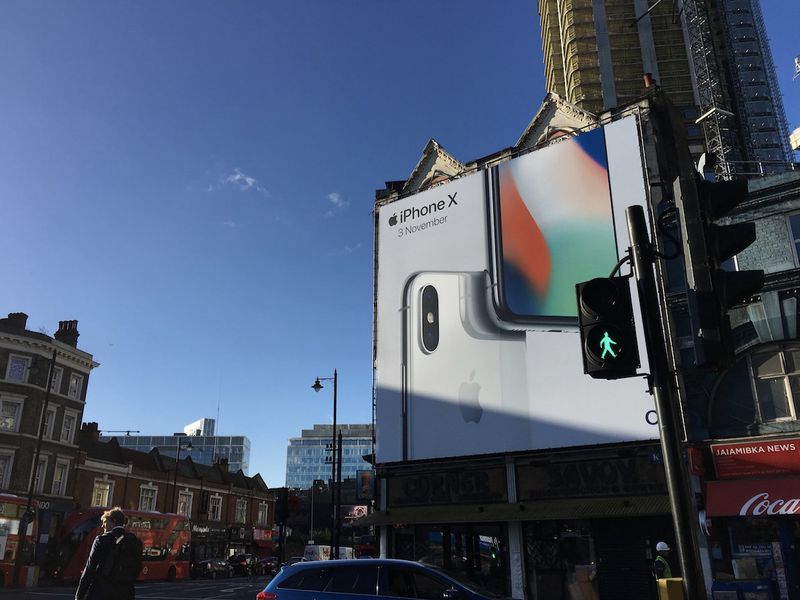 Below the city, Apple has also put up iPhone X billboards in the London Underground. 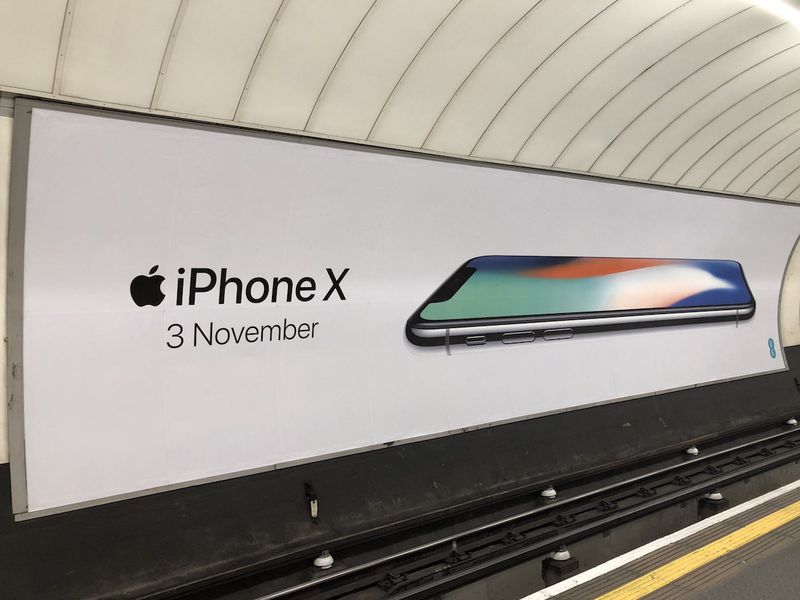 iPhone X ads are lined up in the Harajuku district of Shibuya, Tokyo. Similar to Apple's advertising targets in London and Toronto, Harajuku is locally known for attracting visitors to its wide variety of retail locations -- ranging from locally-owned boutique shops to international chain stores -- as well as multiple cafes and restaurants. 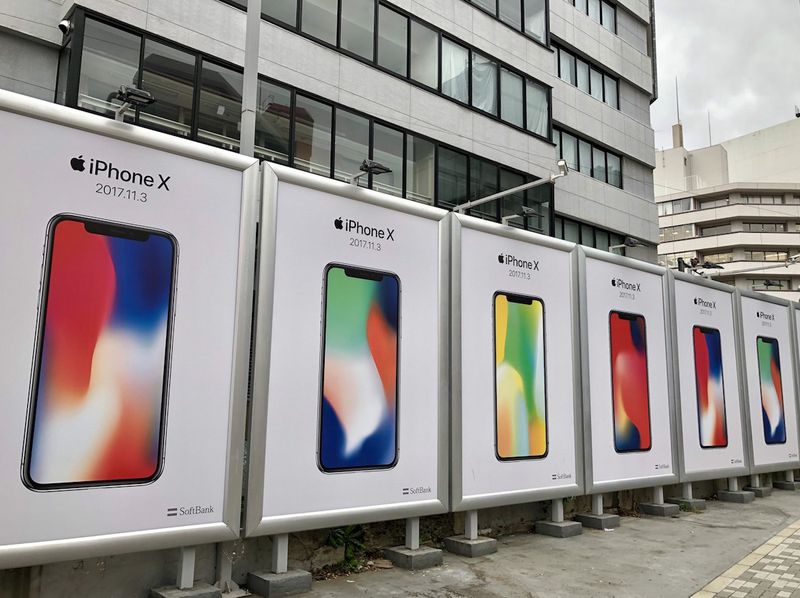 Closer to Apple's home in California, billboards have also appeared outside of San Francisco. As the launch of the iPhone X grows nearer, more billboards, commercials, and other pieces of advertising for the new smartphone are expected to continue sprouting up around the world and online.

Likewise, the iPhone X itself has begun appearing in the wild as Apple employees test out the device in the weeks leading up to the public launch. Last week, an iPhone X with an new dynamic wallpaper appeared on Reddit. Prior to that there have been a handful of iPhone X in-the-wild shots shared online, with screen grabs of the device caught on Snapchat, shared to an Instagram Story, and seen by a Redditor in an airport.

Update: We've received numerous responses about iPhone X billboards spotted in other cities, so we'll link a few below:

avanpelt
Interesting to see the ad being painted on the side of a building. I didn't know painting ads like that still happened.
Rating: 7 Votes

profets
Classic Canadians. One guy in a shirt with sleeves rolled up, someone else with a coat and toque on. So they're advertising a product that everyone knows will be sold out into 2018 before it's even released? Just proves that Apple is a marketing company first, and a tech company second.

Or they believe they have a decent amount of stock. Im sure they know better than you, I, or the pundits.
Rating: 5 Votes

BoneCollector
Cheaper to pay people to paint than to print a giant photo.
Rating: 4 Votes

ILikeAllOS
Wow, I had no idea the billboards are painted, yet the results look identical to the photos from Apple! :eek:
Rating: 3 Votes

Or they believe they have a decent amount of stock. Im sure they know better than you, I, or the pundits.


Or demand is low. I've been saying it's low for a month. Will find out if I'm right or not in just a few weeks.
Rating: 3 Votes

I can't stand those jerks! (Me being one of them).

Time for you to reflect in front of the mirror...and resist the temptation to make a lot of money.:D
Rating: 3 Votes
[ Read All Comments ]