Twenty years after launching as a download for Microsoft Windows computers in 1997, AOL Instant Messenger will be officially discontinued from December 15, 2017. AOL parent company Oath announced the end of AIM in a blog post earlier this morning, celebrating with a nostalgic recollection of how big the messaging platform was in the late 1990s and early 2000s. 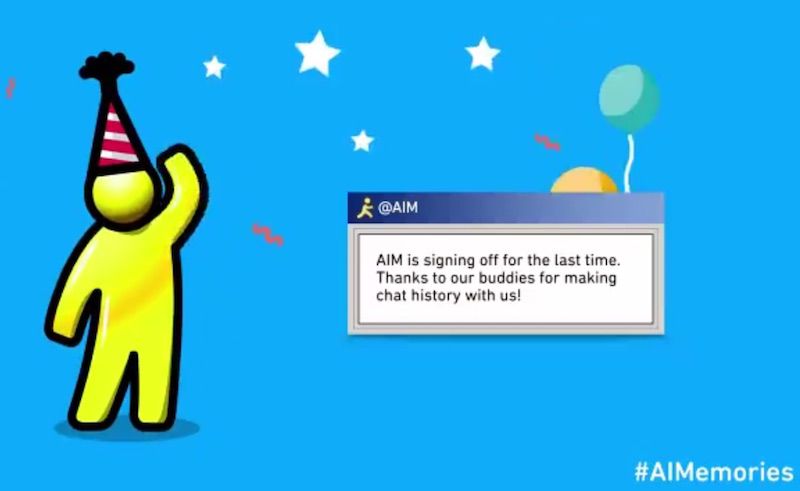 All good things come to an end. On Dec 15, we'll bid farewell to AIM. Thank you to all our users! #AIMemories https://t.co/b6cjR2tSuU pic.twitter.com/V09Fl7EPMx

According to Michael Albers, VP of Communications Product at Oath, the reason behind the discontinuation is how "profoundly" the ways we communicate have changed over the years, leading many to abandon AIM for mobile apps like Apple's iMessage, Facebook's WhatsApp, and more.

If you were a 90’s kid, chances are there was a point in time when AOL Instant Messenger (AIM) was a huge part of your life. You likely remember the CD, your first screenname, your carefully curated away messages, and how you organized your buddy lists. Right now you might be reminiscing about how you had to compete for time on the home computer in order to chat with friends outside of school. You might also remember how characters throughout pop culture from “You’ve Got Mail” to “Sex and the City” used AIM to help navigate their relationships. In the late 1990’s, the world had never seen anything like it. And it captivated all of us.

AIM tapped into new digital technologies and ignited a cultural shift, but the way in which we communicate with each other has profoundly changed. As a result we’ve made the decision that we will be discontinuing AIM effective December 15, 2017.

There are still plans to "continue building the next generation of iconic brands and life-changing products," Albers said, similar to what AIM did for instantaneously messaging friends in the early days of the internet. No further specifics were given as to what the company might launch next.

Last month, AIM was also removed as a chat option from Apple's Messages app in macOS High Sierra, providing another hint that many users no longer logged into the service. Over the years, there have also been AIM apps for iPhone, iPad, and iPod touch.

AceFernalld
RIP to the best part of Middle School.

Edit: Let me rephrase that, literally the only mildly enjoyable part of Middle School.
Rating: 25 Votes

OldSchoolMacGuy
The '90s kid in me sheds a tear.
Rating: 24 Votes

adamjackson
After I got tired of constantly updating my AIM status to let friends know what I was doing (very old-school Twitter TBH), I had a plugin on my Mac that would update my status with the current iTunes Song. A lot of my friends used it too and it was a great way to find new music.

When iChatAV Came out, You can start a random chat so I started a chat called "Jaguar" for the OS. People would cycle in and out and eventually, there were 20 of us in the Jaguar chat. I met a few of them in real life over the years at Macworld. We moved to Panther when that came out and eventually it fizzled out but a lot of my social time in high school was spent in the AIM chat with other Mac users just talking about random stuff. I recently emailed one of my buddies from there and am visiting him in Toronto in a few months.

AIM kept me in touch with friends and family but I also met new people and established friendships with them. It was a wonderful service and served a unique purpose. 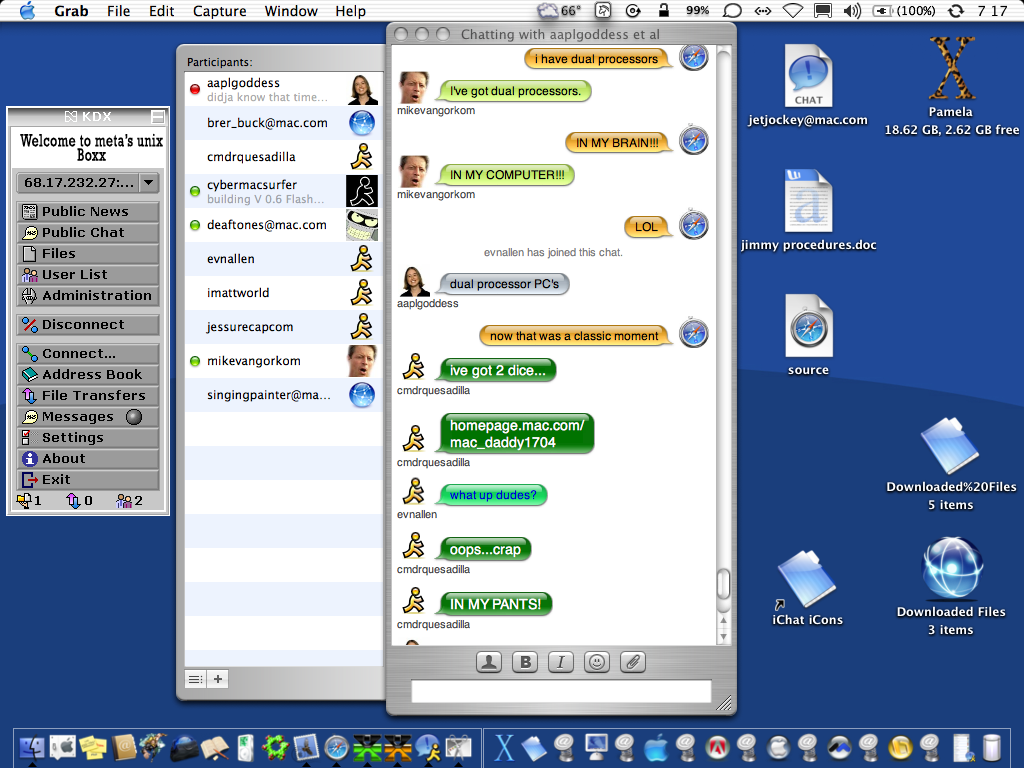 japanime
Make no mistake: AOL was a pioneer in both email and texting. We laugh now, but back then, it changed the world in a way that almost certainly left Steve Jobs impressed.
Rating: 9 Votes

Porco
That's kind of sad, but I haven't used it for years and I used to use it for hours at a time almost every day, so that tells the story of why it's going I guess.

Thanks for the memories, AIM.
Rating: 6 Votes

lolkthxbai
now AOL will get a small up-tick in logins after this announcement
Rating: 5 Votes

RIP to the best part of Middle School.

I remember when my brother and I would fight over who would get to go on the computer first so that we could use AOL IM. And away messages.... Those were the days.
Rating: 5 Votes

haruhiko
It was ICQ for my country.
Rating: 4 Votes

Mic'sBook
As a native Hong Konger, the first instant messaging desktop app I used was ICQ, and then MSN Messenger (Windows Live Messenger), and then nothing because all have been using WhatsApp since the adoption of smartphone after the birth of iPhone. (WeChat, in other words, are mainly used by 'newly immigrated Hong Kong people' from mainland China)

AOL's target customers are US customers, so I'm not really familiar with AOL itself, but I do know it was the main ISP back in the 90's (I love watching Computer Chronicles on YouTube by Stewart Cheifet btw ;), and I know there was something like Apple eWorld as well)

But one thing from AOL really caught my attention, which is the signature sound bite: 'You've got mail!'

Though that may not have anything to do with the AOL AIM, anyway
Rating: 4 Votes
[ Read All Comments ]