The new version of macOS High Sierra 10.13 is a free update for all customers who have a compatible machine. The update can be downloaded using the Software Update function in the Mac App Store. 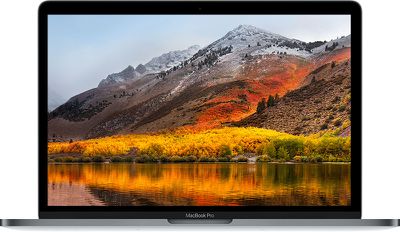 Apple has released a support document alongside the Supplemental Update that walks users through the process of protecting their data if macOS High Sierra is showing a password instead of a password hint on an encrypted APFS volume.

Steps include installing the new update, creating an encrypted backup of data for the affected volume, erasing the drive, reformatting to APFS, then APFS (Encrypted), and finally restoring the data that was backed up.

A separate security support document says that the update also fixes a vulnerability that could let a hacker steal the usernames and passwords of accounts stored in Keychain using a malicious third-party app.

And finally, according to the release notes accompanying the update, it also improves installer robustness, fixes a cursor graphic bug in Adobe InDesign, and resolves an issue where messages couldn't be deleted from Yahoo accounts in Mail.

OldSchoolMacGuy
Someone will complain about having to install updates. They'd rather have Microsoft which would wait to patch a security issue because it's not part of their update release schedule. There were a number complaining of recent iOS updates in this way.
Score: 16 Votes (Like | Disagree)

Amazing Iceman
That was the fastest fix I've ever seen..!

How about other meaningful updates?
Score: 15 Votes (Like | Disagree)

phillytim
At least Apple has been responsive, as the APFS vulnerability was just revealed within the past day.
Score: 15 Votes (Like | Disagree)

bwintx
Excellent. The bug gets publicized this morning, it's fixed by midday (my time). Can't beat a deal like that. I don't care what the haters say.
Score: 14 Votes (Like | Disagree)

At least Apple has been responsive, as the APFS vulnerability was just revealed within the past day.

I wouldn't be surprised if Apple knew about this bug before it was publicized and already had been working on a fix.
Score: 11 Votes (Like | Disagree)

WatchTheThrone
Apple with the quickness!!!!
Score: 8 Votes (Like | Disagree)
Read All Comments