Google is working on a tabletop smart screen for video calling and more that will go up against Amazon's Echo Show, according to sources who spoke to TechCrunch.

The Google device is internally codenamed "Manhattan" and will have a screen size similar to the 7-inch Echo Show, said two sources, one of whom reportedly received information directly from a Google employee. The device is said to run a version of Android, meaning it could be capable of running third-party apps, with Netflix being mooted as a possibility. 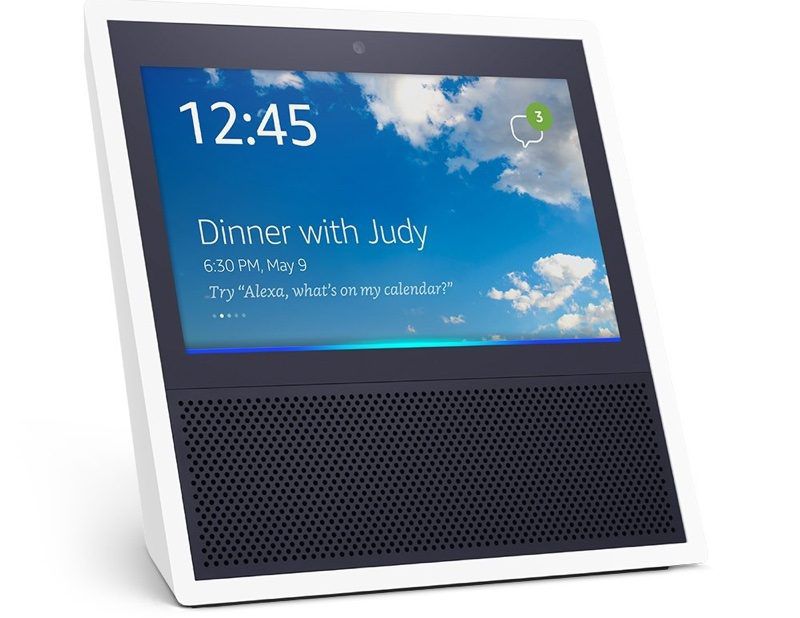 Both sources claim the device will offer access to Google Assistant, Google Photos, and YouTube – which goes some ways to explaining why the latter video service was unceremoniously pulled from Amazon's Echo Show on Tuesday.

Google's device will also reportedly work as a smart hub for controlling other connected smart home gadgets and appliances, similar to Amazon's new Echo Plus speaker unveiled earlier this week.

According to TechCrunch's sources, the original target launch date for the Manhattan device was mid-2018, but Google is apparently under intense pressure to get the product out the door before the end of this year, given that the Echo Show is already on the market. Google has a hardware event scheduled for October 4, but it's unclear if the device will make an appearance.

Other rumors floating about suggest the tech giant is readying an upmarket version of its Google Home smart speaker to rival Apple's upcoming $350 HomePod. Known internally as "Google Home Max", the "premium" device is said to feature stereo speakers housed in a high-quality design.

Thanks to leaks, we already know that Google will announce a mini version of its Google Home speaker at its hardware event, alongside new Pixel smartphones and a rebranded Google Pixelbook. But there's also talk of $159 Google-branded Bluetooth earbuds on the way with Google Assistant built-in.

Whatever the exact line-up of products the company drops on October 4, stay tuned to MacRumors for a full summary immediately following the event next week.

Applebot1
And guess what it will play Youtube;)
Rating: 7 Votes

For example, I wish to set a 34 minute timer.

The Echo replies something like "Ok, I have set a timer for 39 minutes from now"
So you know it's understood 39 minutes correctly.

The Google replies something like "Ok, I have set a timer for five twenty eight"
Which may well be correct, but I prefer the echo as it repeats the time back to me, and not the end time.

Karma*Police
Reminds me of the netbook craze.
Rating: 2 Votes

Bazooka-joe
Apple home pod is starting to look dated before its even released
Rating: 2 Votes

Let me get this straight, and please think about this before you reply.

You are saying, electronic devices that operate by listening and understanding your speech are just a fad ?


Ha! Not at all. I love this new technology and am already taking advantage of it. Instead I was suggesting that APPLE is treating this like they do the TV... a hobby. Several Apple interviews have suggested that they see things like the Amazon Echo as a solution-looking-for-a-problem because we already have the iPhone in our pockets.
[doublepost=1507122721][/doublepost]

I think Apple missed the opportunity here. They didn't see what it could turn into, they though oh, we have time, we'll do something better and then TA-DAH! But while they were uninspiringly moving to where the puck was, Amazon took it further. If Google is scared so much that it shifts the release of its device half year ahead of time, that says something.
I see a huge potential here. A device that sits on your table always ready to answer/show/tell you whatever you need, answer your calls or call someone and all you need is just raise your eyes and look at it or ask! There's no need to take it in your hand or mess with unlocking like it happens with a phone. It's just a much more easier and intuitive process. You can continue to work on your desktop or do something else while talking. You don't even need to get up off your couch, you can do it even across the room, hands free. Personal video assistant, it seems so obvious now.

Apple SHOULD have lead this market. They’ve got the resources and the R&D dollars. Instead, they’re out goofing off around with electric cars and emoji. Yeah... I know it’s not quite that simple, but surely with all of their billion$ they could have invested a few people to push the envelope. This type of technology should be built into the TV where we can interface with it as a voice-only, or it can show responses on-screen. Heck... even the calling / video calling capabilities should be built into the TV.

Apple will get there. Hopefully it won’t be too late.
Rating: 1 Votes

Piggie
I have some original full size Echo's and Echo Dots, and also a Google Home.
They are all great, and I'd not wish to be without them.

They are very close, but both have their plus points.
Sometimes one may phrase a answer in a slightly better way than another.

For example, I wish to set a 34 minute timer.

The Echo replies something like "Ok, I have set a timer for 39 minutes from now"
So you know it's understood 39 minutes correctly.

The Google replies something like "Ok, I have set a timer for five twenty eight"
Which may well be correct, but I prefer the echo as it repeats the time back to me, and not the end time.

As I say, just little things.

I really do with Google would improve the voice.
Without ANY question. The Echo's voice is far far more natural sounding and smooth flowing than the Google Home.

It's a shame as I would have thought this aspect would get a LOT of work on this type of product.
Rating: 1 Votes

djeeyore25
I'll ask Alexa if she's heard anything about this.
Rating: 1 Votes

This developing product category may be how we eventually end up with something along the lines of a television set from Apple.

When reading about these products from Google and Amazon, my initial reaction tends to be that an iPad does the job better and can be taken with you…

However, with the right product design & decisions, I think there’s possibly something there for an Apple product that’s always available in the same location in the home, which supplements personal devices and could be the visual equivalent/counterpart to HomePod.

How is iPad better than these products? Obviously it’s completely different product and this are design for specific task and they really good at it. You mean talking to an AI device? Good luck with Siri talking to her, ah she got more natural voice now. But that doesn’t change the fact that she’s behind but she did improved a little bit.
Rating: 1 Votes
[ Read All Comments ]