In yet another leak sourced from the iOS 11 GM, developer Steve Troughton-Smith has uncovered a render of the new version of Apple's AirPods. Troughton-Smith noted that while a render of the "iPhone X" has not been discovered within the firmware (yet), the LTE Apple Watch and now the new AirPods each have renders in the golden master of iOS 11. 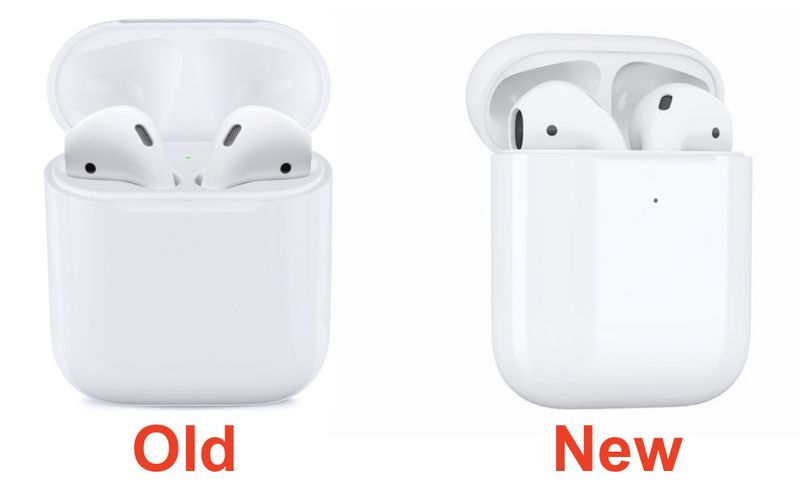 Image of new AirPods via @stroughtonsmith

Unsurprisingly, the new AirPods look a lot like the old AirPods, with an all-white charging case and white buds. The case has the same clamshell design as the current model, but has one noticeable difference: the LED charging indicator "status light" has moved from the inside of the case to the outside.

When the AirPods are in the case, the LED shows the charge status of the pods, but if they are removed from the case then the LED shows the status of the case itself. Green indicates charged, while an amber glow means less than one full charge remains. In today's short video, the LED appears to be flashing white, which Apple's support website currently explains as an indication that the AirPods are ready to be set up with another device, suggesting some of the same LED patterns will be on the new AirPods.


Last night, the first wave of iOS 11 GM leaks included references to "AirPods 1,2," which could be the updated version of the wire-free headphones that have been shared today. Of course, with just one image and a two-second clip it's impossible to say what other new features might be coming to AirPods 2.0, or if Apple is ready to announce the new model as soon as Tuesday's upcoming iPhone X event.

Is there going to be any real difference because I just ordered mine yesterday? Ironically because I thought it was the only Apple product that wasn’t going to be updated in a couple weeks. :(


If that was your goal you should've bought a Mac Mini. ;)
Rating: 56 Votes

penajmz
Having the original ones I prefer the indicator light inside rather than outside. If there’s no improvement otherwise I will gladly keep version 1.
Rating: 20 Votes

Appleaker
Glad they’re making improvements to it, better quality and maybe an hour extra battery life (or more) would be cool. A black model would be a brilliant move.

If you’re going to argue that the GM doesn’t show black then please remember that the W1 animations always show the white model, so it’s not ruled out.
Rating: 14 Votes

TheSkywalker77
I'm surprised there isn't a black version. Apple should really add a black version or just all the colors of the iPhone.
Rating: 10 Votes

Porco
So would it be fair to say all you people with AirPods with the LED on the inside of the case are using yesterday's technology and you're holding up progress now that Apple has shown us the way? When will you join the future and throw away your outdated, antiquated gen 1 AirPods and replace them with these updated models? This ancient 'LED on the inside' technology is dead already, surely... I predict in 2 months' time no-one will be using anything but AirPods with the LED on the outside of the case. ;)
Rating: 9 Votes

fermat-au
At what point does Apple hire Steve Troughton-Smith purely to stop him posting these kind of leaks?
Rating: 8 Votes

ETechMaster2002
Is there going to be any real difference because I just ordered mine yesterday? Ironically because I thought it was the only Apple product that wasn’t going to be updated in a couple weeks. :(
Rating: 8 Votes

Analog Kid
It's entirely possible that the only improvements are manufacturability. Apple had a heck of a time keeping up with demand, even after a delayed release.
Rating: 6 Votes

Jolson247
Nice, another Apple product that we won't be able to find in the retail environment for 10-11 months with any relative ease. Call me in February when all the new iPhone models and storage capacities are readily available and the wait for these new AirPods is only 6 weeks. Supply Chain FAIL.
Rating: 6 Votes

nortonandreev
I was wondering if it's possible they to be bundled with the iPhone X. It'd be better than the Apple Music & iCloud subscriptions.
Rating: 5 Votes
[ Read All Comments ]