Apple today seeded the tenth beta of iOS 11 to developers for testing purposes, just under one week after releasing the ninth beta and three months after introducing the new update at the Worldwide Developers Conference.

Registered developers can download the new iOS 11 beta from the Apple Developer Center or over-the-air once the proper configuration profile has been installed. A new beta has also been made available for Apple's public beta testing group. 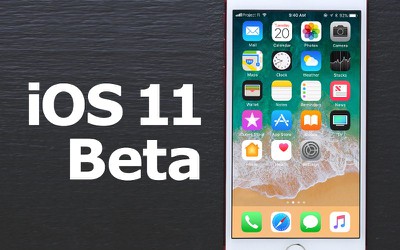 iOS 11 brings several new design changes like a customizable Control Center and a new Lock screen that's been merged with the Notification Center. Peer-to-peer Apple Pay payments are coming in the Messages app, which is also gaining a new App Drawer, and there's a Do Not Disturb While Driving feature that's meant to help drivers stay focused on the road. Siri, Photos, the Camera app, and more are also gaining new features and refinements.

Subscribe to the MacRumors YouTube channel for more videos.
ARKit for developers will bring a range of new augmented reality apps and games to iOS devices, and a new Core ML SDK will let developers build smarter apps. iOS 11 is also the biggest update ever for the iPad, with a new Dock that introduces much improved multitasking, a Files app for better managing files, improved Apple Pencil support, a revamped App Switcher, and a system-wide drag and drop feature.
iOS 11 is available for both registered developers and public beta testers and will be released to the public in September alongside new iPhones. We are getting closer to the end of the beta testing process and should see a golden master release candidate soon.

You know the drill boys :)

No, this is definitely not the GM. Apple never releases a GM before the iPhone event. A GM is intended to be the exact same version as the final release going out to the public and serves the purpose to allow developers to test their apps on that version ahead of its release to make sure everything is working fine.

It would make no sense for Apple to release the GM ahead of the event, since it would reveal everything about the new iPhones. For instance, the final version would have to include stuff like iPhone 8 glyphs for the devices section in the iCloud settings and the Find my iPhone app or strings revealing the naming scheme of the new iPhones. If you dug in deeper into the code, you would likely find everything there is to know about every single feature. Also, because its main purpose is developer testing, a GM release wouldn’t make any sense if it wasn’t accompanied by an Xcode GM, which would obviously have to contain an iPhone 8 Simulator. This is clearly something Apple wouldn’t want to do, especially after the huge HomePod leak.
Score: 19 Votes (Like | Disagree)

Is this beta ok as a daily driver?

The last 2-3 betas have been good enough for daily drivers, in my opinion.
Score: 14 Votes (Like | Disagree)

Pretty sure it's still the same weight.

I'm not sure. Pretty certain both my iPad and my iPhone feel heavier now as well. I may have to delete some apps to avoid arm strain.
Score: 11 Votes (Like | Disagree)