Apple Stores in Omaha and South Pittsburgh Relocating on Saturday

Apple this week announced that two of its retail stores, located at Village Pointe in Omaha, Nebraska and South Hills Village in Pittsburgh, Pennsylvania, will reopen Saturday, September 2 at 10:00 a.m. local time. Both locations have been closed for renovations for the past several weeks. 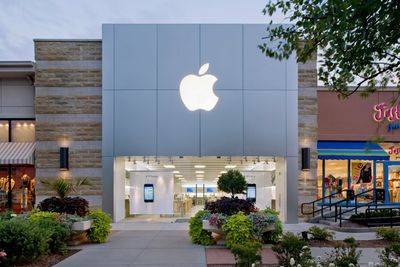 Apple's old Village Pointe store in Omaha, Nebraska
Apple Village Pointe will remain located on Davenport Street in an expanded storefront. The additional space should be a welcomed change for both the store's employees and customers, as foot traffic to Apple stores has undoubtedly increased since the location originally opened in September 2006.

Apple South Hills Village will relocate to a different unit within the shopping mall, and it will likely gain some extra square footage as well.

Each store has received a makeover based on Apple's next-generation retail design, which typically includes wide, open spaces with some combination of large glass doors, sequoia wood tables and shelves, large video screens for Today at Apple sessions, and light boxes spanning the length of the ceiling.

All new Apple Stores opened since September 2015 have been based on the new design language, including flagship-tier locations such as Apple Union Square in San Francisco and Apple World Trade Center in New York City. Apple has also renovated over 40 other stores to reflect the newer aesthetic.

H3LL5P4WN
I like how the article features the Omerhaw store, yet all the comments are from us yinzers.
Score: 2 Votes (Like | Disagree)

Intell
The SHV store was awfully small. Ross Park Mall is a bit better, but the best is probably the Shadyside one.
Score: 2 Votes (Like | Disagree)

I like how the article features the Omerhaw store, yet all the comments are from us yinzers.

Because yinzers are great....lets get some Primantis and go check it out. :)
Score: 2 Votes (Like | Disagree)

Bistroengine
The Omaha Store is more than double the size of the original. Looks fantastic! All ready for the 10th Anniversary iPhone in 2 weeks ;)

Anyone know which part of the mall the South Hills Village Apple Store is moving too? I pretty much only go to that mall when I need to visit the Apple Store so I had no clue they were relocating.

The leasing plan shows a large vacant space just a few doors down between Loft and Brookstone that seems to be about the right size. That would be my bet, but I haven't seen photos or anything that would confirm.

Intell
If you don't mind walking a few blocks, there's almost always parking along Ellsworth or in the area across 5th ave from Shadyside.
Score: 1 Votes (Like | Disagree)
Read All Comments