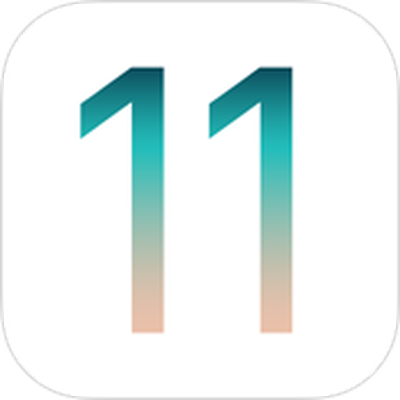 A pair of videos that appear to depict prototype iOS 11 features have been found "deep within the iOS 11 beta image" by developer Guilherme Rambo, who has recently become known for digging deep into iOS code to suss out upcoming features.

This is also interesting pic.twitter.com/JdYDhZDkev — Guilherme Rambo (@_inside) August 21, 2017

It's possible Apple originally planned to mimic the iPad App Switcher functionality on the iPhone, but later decided against it for a more familiar set of gestures. It's also possible, though, that the videos offer up a look at how iOS 11 will work once the iPhone 8 is released, since it has no Home button.

If there are any significant changes to the way iOS 11 is used on the upcoming iPhone 8, we'll know soon enough. We're expecting Apple to introduce the new iPhone in September, and if past event dates are any indication, we have just two to three weeks to wait.

cmChimera
Two swipes for control center is one too many.
Score: 20 Votes (Like | Disagree)

dannyyankou
Swiping up on the iPad brings up the app switcher so it would make sense on the iPhone 8 as well, especially without the home button.
Score: 9 Votes (Like | Disagree)

Control center imho should be easy to reach and easy to navigate. It isn't here.
Score: 6 Votes (Like | Disagree)

Paddle1
This must be why they removed the app switcher 3D Touch gesture.
Score: 6 Votes (Like | Disagree)

Yeah, I literally shudder at the thought of this...

You are easily shaken.

even if you have your iPhone fairly well arranged, let’s say 2 screens total, mixture of some “loose” apps & some in folders.
Switching between say Facebook & a game you’re playing, then back again could be something like this:
Tap “Social” folder on 1st home screen, then tap Facebook... then hit home button, slide over to second home screen, tap “Games”, then tap Candy Crush, then tap the home button again, slide back over to the 1st home screen again, tap on the “Social” folder again, and tap Facebook again, to switch back to it.
Is this guy for real??????????!

I see no reason to doubt GreyOS. I hardly ever use the app switcher. Maybe it depends on how one uses the phone. Generally I do not spend much time on the phone, especially not just to pass time, and usually I do not switch between apps. I take the phone out of my pocket when I need it for some specific task with some app, and afterwards I put it away. All my everyday apps are on screen 1. Rarely do I touch screen 2, and there is no third. In most cases I would not know what bringing up the app switcher will show me, because considerable time may have passed since I last used the phone, and I do not remember for what - my desired app might be right next on the left, or it might be some scrolling away, and not so easily recognizable. It is much easier to press the home button once and then the icon that is exactly where I know it is.

I can see that the app switcher might be practical for other users, but not for me, and maybe not for GreyOS.
Score: 5 Votes (Like | Disagree)

You really have never used the App Switcher? Not even once? I ask this because it’s such a core function in iOS.
Score: 5 Votes (Like | Disagree)
Read All Comments