Contactless payment methods like Apple Pay will rise sharply in the United States, from less than 2 percent of transactions this year to 34 percent by 2022, according to a new report shared by research firm Juniper Research. 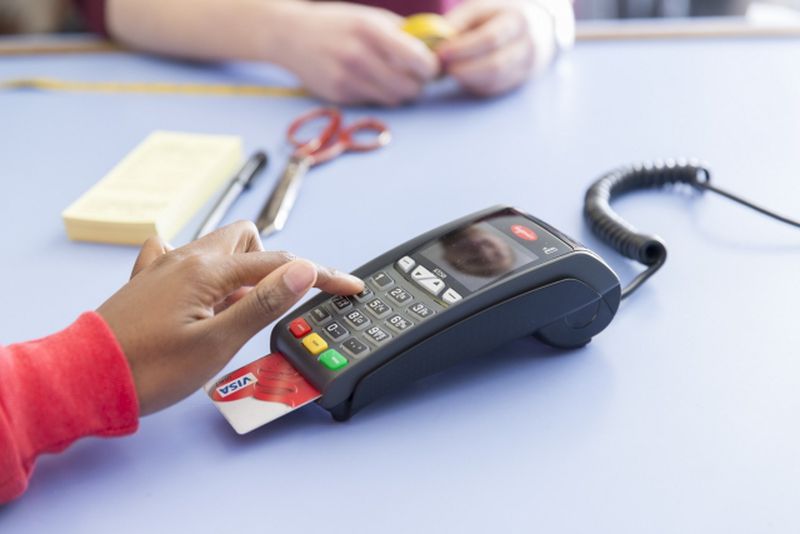 Juniper Research argued that customer dissatisfaction at the slower speeds of chip card transactions, like chip-and-signature or chip-and-PIN, will further increase the adoption of smartphone-based payments, an area currently dominated by Apple Pay.

The transition towards contactless payments, and even the EMV standard that chip-and-PIN cards are based on, has been much slower in the United States compared to many other countries around the world.

In Canada, for example, chip-and-PIN cards have been common for over five years, while at least 80 percent of Canadian retailers are now accepting contactless payments, according to payment processor MONEXgroup.

Juniper Research expects the United States to follow a similar growth curve as Europe, where EMV and contactless payments are also widespread.

Apple CEO Tim Cook recently confirmed Apple Pay momentum is "strongest in international markets," where he said the infrastructure for mobile payments has developed faster than in the United States.

Cook added that three out of four Apple Pay transactions happen outside of the U.S., where the service first launched in October 2014.

Apple Pay will support Venmo-like peer-to-peer payments in the Messages app on iOS 11, starting in the United States. Apple Pay is also expanding to Denmark, Finland, Sweden, and the United Arab Emirates later this year.

Surprised to read that 3 out of 4 Apple Pay transactions happen outside of the US considering it was the first country to adopt Apple Pay.

Living in the UK, I've only ever used Apple Pay twice in the last 3 years as it's now commonplace for most credit and debit cards to have Contactless technology built into the card itself. Much easier and quicker to just pull out your debit card and touch it on the terminal and be done rather than having to play around with your iPhone. Heck, even one of the major supermarkets in the UK has recently issued millions of customers with their new contactless loyalty/points cards with the same technology.

Much quicker to double press the button on the side of my watch and hold it to the reader than pull out my wallet then pull out a card.
Rating: 7 Votes

Corrode
What the article didn't mention is that we've (Canada) had contactless tap-to-pay for years as well. It's hard convincing my friends to use Apple Pay when they can just tap their credit card instead.

For us, the only benefit is security. Speed is a non issue.
Rating: 6 Votes

TonyC28
The only thing slower than chip-and-pin is a terminal that supposedly accepts Apple Pay but doesn't work and then you have to pull your card out.
Rating: 4 Votes

newyorksole
Pay is so easy and convenient. It baffles me that more people don't use it.
Rating: 3 Votes

Much quicker to double press the button on the side of my watch and hold it to the reader than pull out my wallet then pull out a card.

That's great, but I don't have an Apple Watch like most and always have my wallet in my pocket with only 2-3 cards. Literally takes less than a couple of seconds to pull out my debit card, tap and go.

Apple Pay on the iPhone however has always been slow and embarrassing to use. Half the time it would tell me to try again and end up causing queues and embarrassment trying to pay with my phone. It's much easier to just pull out my card, tap and go, especially on the London Underground and buses where there's crowds of people behind you all trying to make a swift exit out of busy stations.

What the article didn't mention is that we've (Canada) had contactless tap-to-pay for years as well. It's hard convincing my friends to use Apple Pay when they can just tap their credit card instead.

For us, the only benefit is security. Speed is a non issue.

That's also the same experience in the UK. Contactless debit/credit cards are more simpler. The only use I see with Apple Pay is having it as a backup if you've left your wallet at home.
Rating: 3 Votes

newdeal
In Canada it works most places and Apple Pay is awesome especially with the apple watch
Rating: 2 Votes

Chet-NYC
Having used credit cards with chips in Europe, I find the time the card needs to be in the reader almost instantaneous, especially compared to the readers here. There are some stores, Costco for instance, where the time the card needs to remain inserted to be quite short. This all seems to be a software problem.
As far as Apple Pay, I use it whenever I can. It is much faster, and since it doesn't actually use the account number printed on the card, it is safer too. It is also amusing to watch the reaction of some people who've never seen someone pay for something by holding their wrist (with an Apple Watch) over the card reader. Best comment I've gotten was, "Oh my, that just freaked me out."
Rating: 2 Votes

BBCWatcher
I'm not sure what this article is trying to say. The vast majority of EMV "chip" cards issued in the United States are "chip and signature," not "chip and PIN."

Xavier
I would love to use it but no vendors that I frequent have Apple Pay available.
Rating: 2 Votes
[ Read All Comments ]