The third-generation Apple Watch, set to launch this fall, will have an "all-new form factor" according to Daring Fireball's John Gruber.

Gruber shared the news in a post highlighting Bloomberg's news suggesting the device will include an LTE chip.

It's hard to overstate just how big a deal this could be. No mention in Businessweek's report, though, of the all-new form factor that I've heard is coming for this year's new watches.

Most rumors about the third-generation Apple Watch have suggested it will be a more minor update that focuses on battery life and other under-the-hood improvements, but ahead of the launch of the Series 2 Apple Watch, KGI Securities analyst Ming-Chi Kuo said the third version would include the device's first redesign.

Though we're likely just over a month away from the debut of the third-generation Apple Watch, if it does indeed launch alongside new iPhones, we've heard very little about the device. Aside from rumors of LTE connectivity and a focus on battery, we don't know what else to expect.

If there are major design changes in the works, Apple has managed to keep them under wraps, perhaps because of all the focus on the iPhone 8 this year.

Update: Gruber updated his post to clarify that his information comes from "a little birdie" and that it might not be accurate: "That tidbit came from an unconfirmed little birdie, though, so I wouldn’t bet the house on it."

enc0re
Give me a round option and I'll finally buy.
Score: 27 Votes (Like | Disagree)

1) the watch face to always be displayed. Awkwardly raising my wrist (which only works if I sort of snap it up) or tapping is dumb - this isn't 1976 when we had to deal with LED digital watches.

If keeping the form factor "big" and not adding LTE is necessary to provide the battery necessary for these two things, I'll happily forgo a new form factor and LTE.
Score: 22 Votes (Like | Disagree)

Vasilioskn
No way will they do round. EVery single app would have to be redone and updated.
Score: 16 Votes (Like | Disagree) 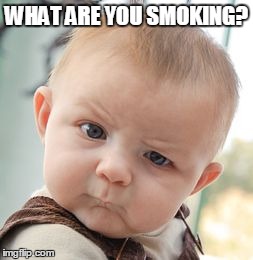 Monday March 1, 2021 6:44 am PST by Sami Fathi
Apple faces a new class-action lawsuit that accuses it of deliberately releasing iOS updates that slowly reduce the performance of an iPhone, forcing customers to upgrade their devices. The lawsuit comes from the Portuguese Consumer Protection Agency, Deco Proteste (via Marketeer), which in a statement says that it will proceed with a case against the Cupertino tech giant because it...
Read Full Article • 294 comments

Tuesday March 2, 2021 5:20 pm PST by Joe Rossignol
Installing the upcoming macOS 11.3 software update on an M1 Mac may result in Rosetta 2 being removed in one or more regions around the world. In the third beta of macOS 11.3 seeded to developers for testing today, MacRumors contributor Steve Moser uncovered new strings in the beta's code indicating that "Rosetta will be removed upon installing this update." Another new string reads "Rosetta ...
Read Full Article • 330 comments