Two years ago Apple Music officially launched, alongside the debut of the service's 24/7 streaming radio channel Beats 1. In celebration of that anniversary, Beats 1 DJs Zane Lowe, Ebro Darden and Julie Adenuga have given an interview to Highsnobiety to discuss their career high points working on Beats 1, the evolving landscape of digital radio, and more.

Zane Lowe has spoken about his origins with Beats 1 and Apple Music in the past, and in today's interview he again references "perfect" timing in his move to Apple and hosting Beats 1. Lowe mentioned excitement about sharing new music with listeners -- from a live demo of Vince Staples' new record to discussing the Baby Driver soundtrack with Edgar Wright -- and said that he hopes Beats 1 is the "ultimate clubhouse for artists." 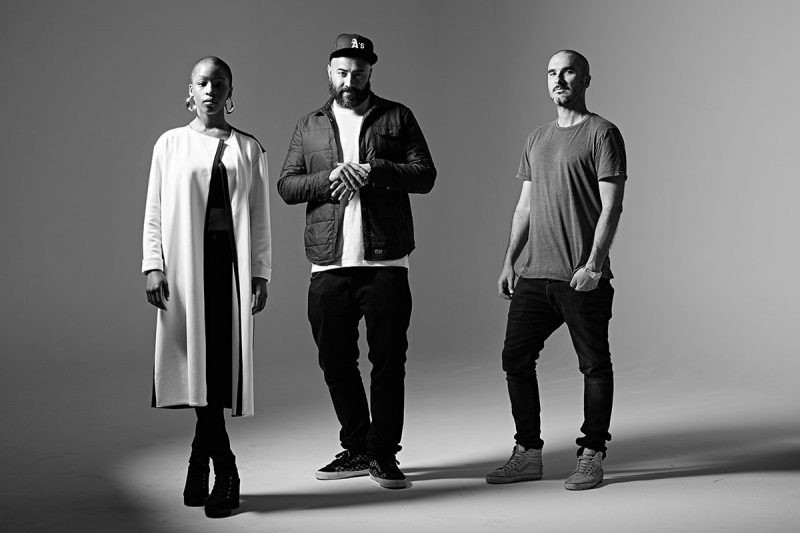 When I found myself in a room with Drake and Oliver and Future for the first time, talking about what OVO SOUND Radio would feel like, that was only a few weeks after I arrived. That was a pretty mind blowing experience to have. The quality and vision of that show. I get that feeling every time I turn on Beats 1 and Mike D is doing a radio show or Lorde is taking over the station and playing in a personal and talking about us in a personal and engaged way. Every time something exciting happens on Beats 1 we get closer to our goal which is to be the ultimate clubhouse for artists to be able to express themselves and enjoy the process of sharing music and sharing information.

Concerning Beats 1 and its musical genres, Darden mentioned that just because he's known as "the hip-hop guy" doesn't mean his show won't take the chance at highlighting other genres.

People think I’m “the hip-hop guy”, and I am that. But I’m also a music fan across the board. I’m amazed at how much great music is out there from all around the world. I get put on to new sounds from a myriad of genres and countries every day. There are tracks in other languages that I don’t understand, but I feel the message regardless. Beats 1 has definitely expanded my worldview.

When asked about the most difficult moment he's been faced with working on Beats 1, Lowe said it was deciding the basic definition of the service, mentioning that he asked himself, "...is this even radio?" With the rise of streaming services, like Apple Music, Lowe mentioned that the Beats 1 team had a chance to do something different with their version of traditional radio and decided to create a foundation of trust for artists that "let them drive their own conversation."

We had three months to build Beats 1 from scratch… the first question we asked on Day One was… is this even radio? Radio had been driving pop music in the world for 50 years, and for all of those years, that was the only way to get a hit record. I’m not sure that’s still the case. Radio listenership like that is declining and in some cases gone.

We had to face up to the reality that the old expectations may not fit the artist anymore. We have to trust the artists. Let them drive their own conversation. Trust that they know their audience. They know how to get the results. They know how this works. With that in mind, we built Beats 1, where artists can own their own real estate, drive their own message, satisfy their audience in their own voice, and hopefully, add value. Free has to lead somewhere. It has to collaborate. It has to build trust. And it’s working.

A few months after Apple Music launched, Beats 1 began saving replays of recent shows so listeners could revisit a segment that they missed at any time. Now, the "On Demand" section of Beats 1 includes recent shows, playlists, and a topic description for each of the DJ's shows after they air live.

Ending the interview, Lowe mentioned that even two years into the life of Beats 1, he's "never been more excited about where Beats 1 is at this moment, and this is just the beginning." Check out the full interview with Lowe, Darden, and Adenuga on Highsnobiety here.

dominiongamma
Listened to it once then never again after that. Surprised Apple haven't got rid of it yet
Score: 5 Votes (Like | Disagree)

tkermit
Do people really listen to that station? I'd be surprised if Apple kept it going for much longer.
Score: 4 Votes (Like | Disagree)

Brenster
Huge Apple Music fan here but have only dipped into Beats 1 a handful of times, each time coming away with the impression that it serves hip-hop and other urban type music exclusively. Like classical, jazz, metal, rock or the more interesting side of electronica and you're pretty much stuffed. Lowe's delivery of 'breathless superlative strewn' anticipation of every single new track got old very quickly.

I'm assuming that there is an audience for Beats 1 out there but I'm nowhere near being part of it.
Score: 2 Votes (Like | Disagree)

Huge Apple Music fan here but have only dipped into Beats 1 a handful of times, each time coming away with the impression that it serves hip-hop and other urban type music exclusively. Like classical, jazz, metal, rock or the more interesting side of electronica and you're pretty much stuffed. Lowe's delivery of 'breathless superlative strewn' anticipation of every single new track got old very quickly.

I'm assuming that there is an audience for Beats 1 out there but I'm nowhere near being part of it.

Beats 1 operates on a schedule. You should check it out. If you like rock and metal, Joshua Homme, Lars Ulrich, and Corey Taylor all have shows, and those shows are on-demand in the archives. There's shows that feature a variety of electronica, but maybe not niche stuff you're looking for.

As for jazz and classical, that audience is pretty much 99% incompatible with the rest of their station.
Score: 2 Votes (Like | Disagree)

dragje
Been listening to Apple Music for about 2 years now, never once listened to Beats 1. Perhaps a good radio station for some, but it's not my cup of tea.

During this time Apple did changed Apple Music's interface for the better, but i.m.h.o there is still some work to do, like, a stand alone music app and the possibility perhaps to pay a little bit extra for a better kbps ratio to enable better quality music. Especially for those people that have faster connections at home.
Score: 2 Votes (Like | Disagree)
Read All Comments