Uber founder Travis Kalanick has resigned his position as CEO, following a series of controversies and scandals that have recently dogged the ride hailing company.

Five major investors demanded Kalanick's immediate resignation on Tuesday in a letter delivered to the chief executive, according to The New York Times. After "long discussions" with some of the investors, Kalanick agreed to step down, but will reportedly stay on Uber's board and continue to hold the majority of voting shares. Kalanick recently took a leave of absence following the death of his mother. 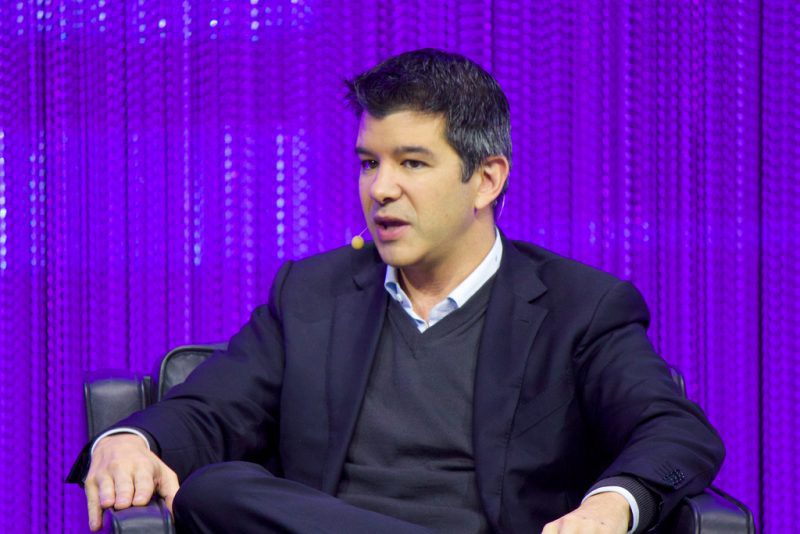 "I love Uber more than anything in the world and at this difficult moment in my personal life I have accepted the investors request to step aside so that Uber can go back to building rather than be distracted with another fight," Mr. Kalanick said in a statement.

Uber's board said in a statement that Kalanick had "always put Uber first" and that his resignation would give the company "room to fully embrace this new chapter in Uber's history." An Uber spokesperson declined to comment further.

The ride-hailing service clearly hopes that news of Kalanick's resignation will be perceived as a company reboot, as it attempts to revive its tarnished image following multiple controversies over recent months.

Just last month it was revealed that the Department of Justice is investigating Uber over its use of "secret" software that allowed its drivers to operate in areas where the company was banned or restricted. The so-called "greyball" software is said to have allowed the company to identify undercover officials and block them from booking rides, in order to prevent them from proving that Uber was operating illegally.

In April it emerged that Apple CEO Tim Cook threatened to pull Uber's app from the App Store in early 2015 after discovering that it was secretly "fingerprinting" iPhones that used the app. Uber said it used the identification method to prevent fraud, despite knowing the tactic is a clear violation of Apple's app privacy guidelines. The revelation came in a New York Times article detailing the ride-hailing service's history of controversial business tactics.

Yeah he did. He put Uber first above their female employees that were harassed, above their drivers, above customer safety and privacy, above Apple's rules for the platform they provide for them, above competitors that they stole trade secrets from, above public safety with their unlicensed self-driving cars that were blowing through red lights, and above the law in general by trying to avoid regulation at all cost. Good riddance. Maybe now they can stop acting like an adolescent locker room full of boys and act like a grown up company, although in all honesty I wish someone else would come in and usurp them. These executives deserve to be punished for running a company in this manner.
Rating: 7 Votes

Shady business practices is a sure way to ruin an otherwise promising company. Perhaps they now have an opportunity to turn all the negative perceptions around?


At This point for Uber, it's completely damage control. They certainly can't keep operating the way they are now if they want to survive and have a chance of rebounding from all these allegations. I do think the first step was to have the CEO step down and restructure the company from this point forward.
Rating: 6 Votes

smarch
Victim of the mob. Uber is amazing. What an amazing thing Travis built and I'm sorry to see him driven out by the nonsense that passes for discourse in this tyrannical mob of a world.
Rating: 6 Votes

Victim of the mob. Uber is amazing. What an amazing thing Travis built and I'm sorry to see him driven out by the nonsense that passes for discourse in this tyrannical mob of a world.

You've left out the latest and most disturbing: obtaining the medical records of a woman raped by one of their drivers (proven and convicted) then sharing them publicly in an attempt to discredit or intimidate her.

And the theft of IP from Google which frankly pales in comparison to the other issues but does raise the question of how innovative a company really is if they've got a $70billion valuation and still need to steal low level design files...

And the sad thing is, they could have built an empire without being horrible.

This, right here, is the key point. To all the people singing the praises of Uber, separate the rather mundane innovation of calling a cab with an app from all the illegal behavior and ask why we couldn't have had one without the other?

If taxi medallion holders lost their investments for the simple sin of being slow to innovate, then why should Uber's investors be able to keep theirs after profiting from years of illegal and unethical behavior?
Rating: 5 Votes

Victim of the mob. Uber is amazing. What an amazing thing Travis built and I'm sorry to see him driven out by the nonsense that passes for discourse in this tyrannical mob of a world.


What nonsense is that?
Rating: 4 Votes

Relentless Power
Uber did this to themself and Travis Kalanick is held responsible for the companies Actions. And anything else Uber has coming to them unannounced, is deservedly so.
Rating: 3 Votes

Dilster3k
Rose to fame too quickly unfortunately; but their practices are still down right unacceptable. And they need to be held accountable, the amount of scandals coming out every second by the firm is almost comical. Uber needs to be flushed out and rinsed thoroughly.
Rating: 3 Votes

macs4nw
Shady business practices is a sure way to ruin an otherwise promising company. Perhaps they now have an opportunity to turn all the negative perceptions around?
Rating: 3 Votes

miknos
Ride-sharing business model was quite ingenious and simple. With GPS apps these days anyone can be a driver. With internet, you can be a worldwide taxi-company;As such, you can have economy of scale, and without regulations, charge way less than a cab.

Uber instead decided to charge outrageous commission from its naive drivers who are mostly young (inexperienced) and doesn't take into account the wear and tear of the car.
IT'S A BAD DEAL FOR ITS DRIVERS.

Uber already has more drivers available, making more difficult for other companies like Lyft (among others) to compete. Instead of using that to decrease its commission and make Uber even stronger, they decided to burn cash (apart from autonomous vehicles) and be dicks (tracking its users).

Autonomous cars are the future and I think it is a smart move but stealing software from Google's subsidiary looks like a bad bet, specially if you have billions at your disposal.

Uber now has a 170mb app that updates every week just to silence its bad reviews in the app store.
Rating: 3 Votes
[ Read All Comments ]