Apple updated its App Store Review Guidelines this week to indicate that developers may now sell virtual currencies in the form of in-app purchases to enable customers to "tip" content creators within apps. 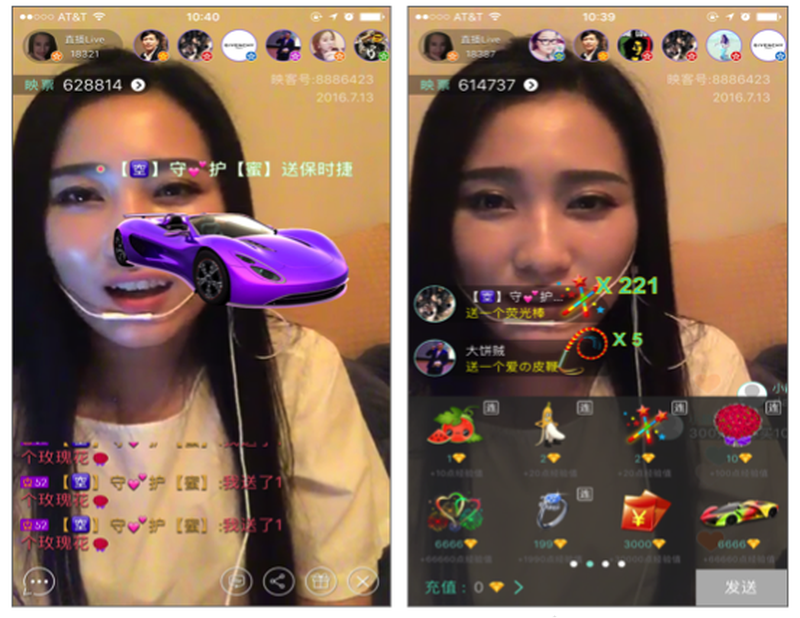 Like all other in-app purchases, Apple will now receive a 30 percent cut from the virtual currencies used for tipping.

Tipping within apps is popular in China, where live-streaming apps like Yinke and Yizhibo have long allowed viewers to tip or give virtual gifts to the stars they watch as a token of gratitude, according to TechCrunch.

Last month, however, Apple reportedly told WeChat and several other Chinese social networking apps to disable their "tip" functions to comply with App Store rules, as many of the virtual currencies sidestepped Apple's 30 percent cut on purchases.

Now that Apple has formally outlined its stance on the matter, developers who previously feared repercussions from the company may be more inclined to begin offering virtual currencies for users to tip content creators with.

Beyond Apple's 30 percent cut, it's up to developers to determine how much of the tips are relayed to the content creators themselves.

what kind of tip?

btrach144
Whoever uses their headphones like that shouldn't be allowed to own technology.
Rating: 11 Votes

A single credit card transaction costs 20-30 cents. Plus percentage fees. Plus assuming cost of fraud and support. A single chargeback eats up $10 plus the loss. Plus maintaining a PCI-compliant infrastructure. For a $1-2 tip, Apple's margins are going to be cents.


Where on earth did you get those numbers?! A single credit card transaction is NOWHERE NEAR 20-30 cents (otherwise, you are getting really ripped off by your payment gateway). Chargeback? In Apple's ecosystem that probably happens less than 0.1% of the time. Maintaining a PCI-compliant infrastructure, sure, but Apple has been doing that for quite some time, so that should be just a small line item in their overall expenditures. 30% is still ludicrous

Correction, I'm used to spreading transaction fees across a monthly limit, small time users could see 20-30 cents, but trust me, Apple is not in this category
Rating: 6 Votes

Visa takes 21 cents on a debit transaction, which is the majority of US card usage. On top of that add your acquirer fees. Plus network charges.

69Mustang
So let me get this right...
If I'm in the, let's say, Youtube app watching a video of Nonstop Scott freestyling ('//www.youtube.com/watch?v=LXO-jKksQkM'), and I like it enough to tip Scott (not Youtube, but Scott) a dollar, Apple is supposed to get 30 cents of that? Why? That was the same argument a lot of posters (including me) misunderstood about the WeChat kerfuffle.
Rating: 5 Votes

Umm, are we ignoring how she has rigged up her headphones?

No, you're just not reading where someone posted that an hour ago.
Rating: 5 Votes

sterlingindigo
How can I send a tip to that girl?
Rating: 4 Votes

How can I send a tip to that girl?


what kind of tip?
Rating: 4 Votes

A single card transaction costs 20-30 cents. Plus percentage fees. Plus assuming cost of fraud and support. A single chargeback eats up $10 plus the loss. Plus maintaining a PCI-compliant infrastructure. For a $1-2 tip, Apple's margins are going to be cents.


Apple is not processing current tips for any platform.

They're doing nothing for a 30% cut. CC processing at Apple volumes is ~2%.

Apple should provide this at the same fee as Stripe/PayPal/Square/Braintree. 2.5-3%.
Rating: 3 Votes
[ Read All Comments ]