Apple refreshed its MacBook Pro lineup this week with Intel's seventh-generation Kaby Lake processors and faster standard graphics options from Intel and AMD. There's also a cheaper 13-inch MacBook Pro with function keys starting at $1,299 with 128GB storage, compared to $1,499 for the previous base model. 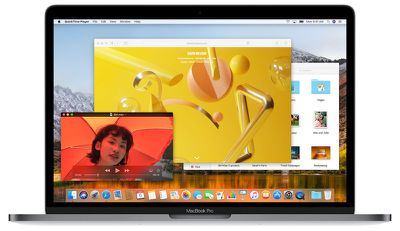 Beyond that, the 2017 MacBook Pro is nearly identical to the 2016 MacBook Pro in both design and other tech specs.

The update arrives just eight months after Apple redesigned the MacBook Pro with features such as the Touch Bar, Touch ID, Thunderbolt 3 ports, and a shallower keyboard with a second-generation butterfly mechanism. Prior to then, the MacBook Pro had gone over 500 days without an update.

For prospective buyers of the 2017 MacBook Pro, here's how the new models stack up against the 2016 MacBook Pro.

Mobile users: tap this link to view the full-size image
Geekbench results suggest the 2017 MacBook Pro is up to 20 percent faster than the 2016 MacBook Pro in CPU performance, but the difference is likely lower in real-world usage and given the apparent optimizations that Apple has made to last year's MacBook Pro between its launch and now.

Apple began accepting online orders for the new MacBook Pro on Monday, and delivery estimates currently range between June 12 and June 22 in the United States. The notebooks are also available today at most Apple Stores, and customers have the option to reserve a model for in-store pickup on Apple's website.

Not nearly as embarrassing as the iMacs that are still shipping with 5400 rpm hard drives.
Score: 61 Votes (Like | Disagree)

magicschoolbus
Apple didn't really lower the price they are just offering less memory compared to last years entry level to make up for it.
Score: 27 Votes (Like | Disagree)

I think people are commenting on the fact that your internal storage is non-upgradable and you will have 128GB as your storage size for as long as you own this computer. When you are buying hardware of this price you would hope to use it for a while. 128GB is not that much storage, and if you do anything with HD or 4K Video your space will be gone before you know it. Also the OS and Programs get larger and larger every year. Next year 128gb will feel totally small as you try to install more applications and use them properly. IMHO 128GB is a joke and shouldn't be even a baseline option for a "high end" laptop. 256GB should be the Minimum.
Score: 23 Votes (Like | Disagree)
Read All Comments