Alleged "iPhone 8" leaks have been coming fast and steady over recent weeks, with various schematics and protective case designs suggesting Apple has finalized the radical redesign destined for its tenth anniversary smartphone.

Many of the leaks we've been tracking in the last few days in particular offer few if any details beyond what we've already heard about Apple's upcoming OLED iPhone, but a couple of renders are making the rounds online that may give readers a clearer idea of how the new handset might look alongside current smartphones on the market.

In the above renders, originally published by iDrop News, an "iPhone 8" with edge-to-edge display is shown set in between Apple's existing iPhone 7 and iPhone 7 Plus. The new handset is expected to be 144mm tall, 71mm wide, and 7.7mm thick, according to leaked design renderings and schematics. They compare to existing iPhone 7 dimensions of 138.3 x 67.1 x 7.1mm.

Another render, pictured below, shows the 5.8-inch OLED iPhone in between the Galaxy S8 and S8 Plus. Samsung's devices measure 148.9 x 68.1 x 8.0mm and 159.5 x 73.4 x 8.1mm, respectively. Taken together, the above numbers suggest Apple's redesigned handset will be slightly thicker than the 4.7-inch iPhone 7 but not as thick as the Galaxy S8.

The last major rumor about the so-called "iPhone 8" came last week, when it was reported that Apple suppliers TSMC confirmed Apple had successfully integrated Touch ID fingerprint recognition into the OLED display.

The new handset is expected to release in the fall alongside upgraded "S" cycle versions of Apple's existing line-up. Other features for the high-end phone could include a front-facing dual-lens camera with 3D sensing capabilities and some form of wireless charging.

Sunny1990
That upper ^^^^^^^^ camera and earpiece grill cutout from display looks ugly to be honest.Apple will never make it like that.

This will be huge win win for me. Never liked the idea of rear touch id :D

recoil80
The 7 Plus looks ridiculous in comparison, bigger case with smaller display

I don't like the cutout on the top, it would look weird when displaying full size content. I'd rather have a small bezel on the top to include camera and sensors

Jsameds
So we've pretty much established they're putting a 5.5" screen in a device roughly the same size as the previous 4.7" devices.

What I would like them to make is one step down from that. A 4.7" screen in a device roughly the same size as the previous 4" devices. "iPhone Edition SE"
Score: 16 Votes (Like | Disagree)

Kevsta26
I cringe every time I see renders like this one. Do people really think Apple is going to put an asymmetrical screen on an iPhone?
Score: 14 Votes (Like | Disagree)

Andres Cantu
What a difference the lack of bezels make.
Score: 13 Votes (Like | Disagree)

I agree, I see no purpose for the two left overs at both sides, besides for the battery, time and connection status

It wouldn't surprise me if it would work something like this: 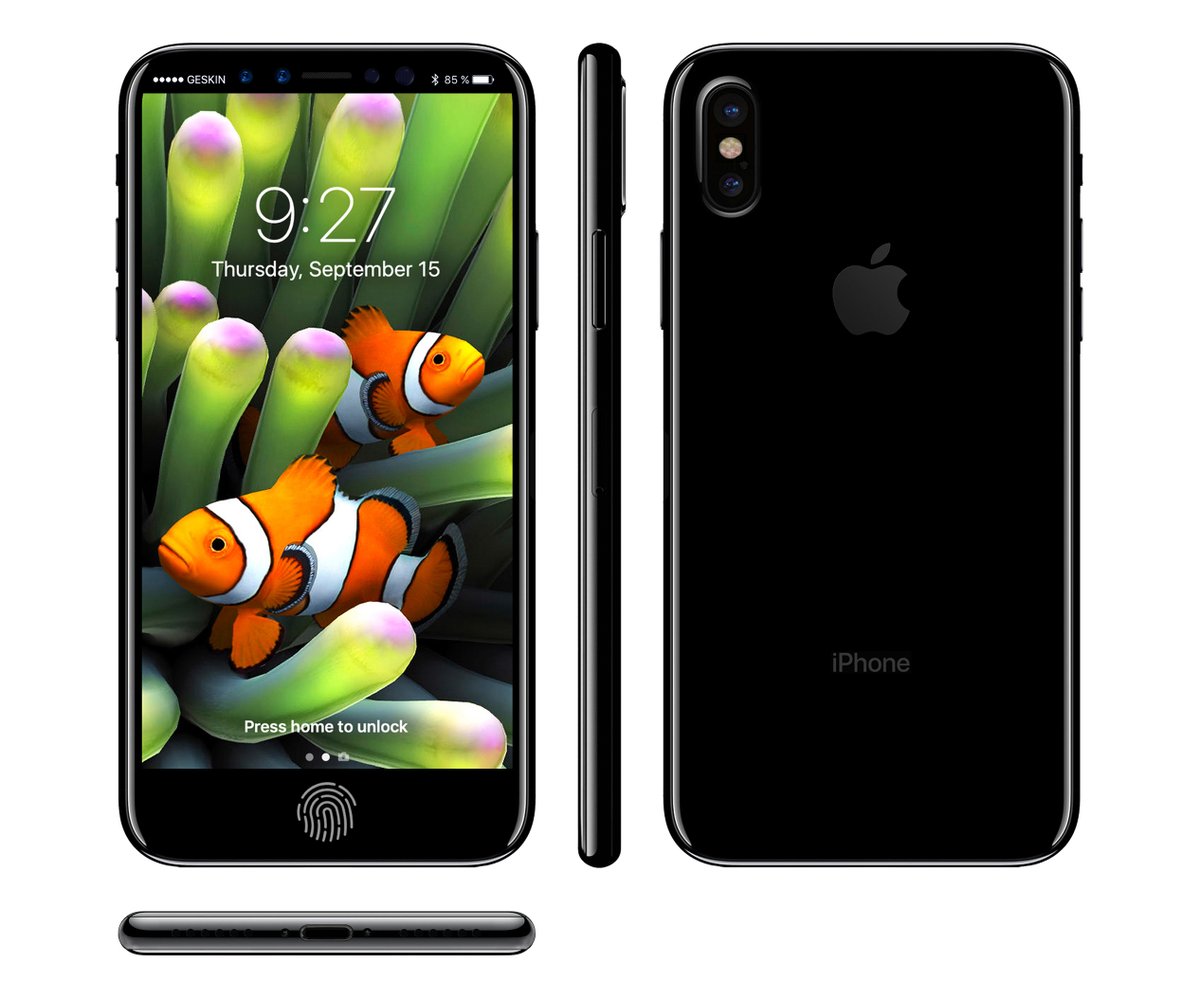 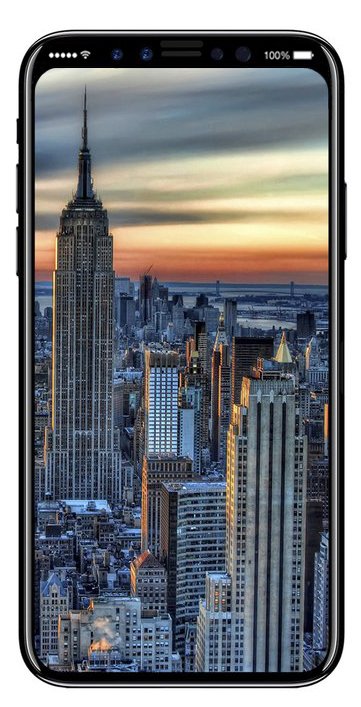 Either something in iOS 11 changes with the status bar or maybe some new functionality will be introduced to fill up the screen parts next to the camera.

I recall Apple having a patent for hiding the front facing camera behind the screen. I think this is what we might see - the camera will become visible when in use, and somehow blend into the display when it is not needed. No way is Apple going to make the same mistake the Essential phone did.

This wil not happen. The patent you are referring to is many years old and is just a theoretical solution. Just look how bad front facing cameras are right now and then try to imagine a screen in front of it. The tech is not ready for this yet. And even if it was, the screen part were the camera is would need to be able to turn transparent, so that part of the screen would be of a lower quality than the rest of the screen. It's not a solution for now or the next year sadly.
Score: 13 Votes (Like | Disagree)
Read All Comments

Saturday April 17, 2021 4:43 am PDT by Sami Fathi
Reliable leaker known as l0vetodream has hinted that Apple may debut its rumored redesigned and colorful iMac at its "Spring Loaded" event on Tuesday, April 20. In a tweet, the leaker posted an image of Apple's logo used for marketing the upcoming event and an image of the retro rainbow Apple logo alongside the colorful lineup of G3 iMacs. Apple leaker Jon Prosser previously reported that...
Read Full Article • 259 comments

Saturday April 17, 2021 11:38 pm PDT by Tim Hardwick
Leaker known as "DuanRui" has shared more images that could give us our best look yet at Apple's redesigned notch for the iPhone 13. The new pictures follow similar images shared by the leaker last week, but the latest shots include a comparison with the existing iPhone 12 notch. DuanRui posted three images on Twitter that apparently originate from Weibo, although source details remain...
Read Full Article • 168 comments

Tuesday April 13, 2021 9:04 am PDT by Juli Clover
Following an overnight leak by Siri, Apple today officially announced that it will be holding a special "Spring Loaded" event on Tuesday, April 20 at 10:00 a.m. Pacific Time at the Steve Jobs Theater on the Apple Park campus in Cupertino, California. As with all of Apple's 2020 events, the April 2021 event will be a digital-only gathering with no members of the media invited to attend in...
Read Full Article • 284 comments

Friday April 16, 2021 6:44 am PDT by Joe Rossignol
In a letter slated to be shared with artists today through the Apple Music for Artists dashboard, obtained by The Wall Street Journal, Apple has reportedly revealed that it pays music rights holders one cent per song streamed on Apple Music. The report claims that Apple Music's payment structure is thus roughly double what Spotify pays music rights holders per stream, which averages to about ...
Read Full Article • 79 comments