Apple Increases App Store Pricing in Mexico, Denmark, and Countries That Use the Euro 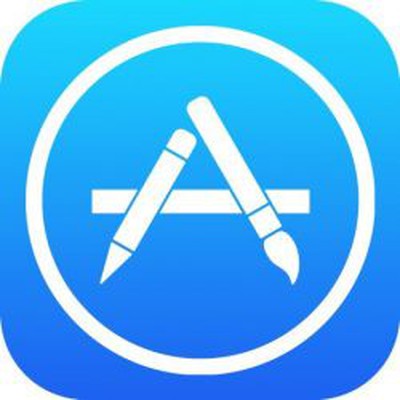 Apple today sent out an email to developers announcing App Store pricing increases in Denmark, Mexico, and all territories that use the Euro currency. The new pricing changes will go into effect before the end of next week, with Apple citing changes in foreign exchange rates as the reason behind the price hike.

French site iPhoneAddict has shared a chart listing the new pricing tiers in Austria, Bulgaria, Estonia, France, and Slovakia. In those countries, app pricing will now start at 1.09 euros, up from 0.99 euros. Similar pricing increases will be seen in the other affected countries.

Along with the App Store price change, Apple has announced that a value added tax (VAT) rate of five percent will go into effect for customers in Taiwan starting on May 1, 2017. Apps and in-app purchases will be affected.

On May 1, 2017, a value added tax (VAT) rate of 5% will go into effect for customers in Taiwan buying apps and in-app purchases. We will administer the collection of taxes from customers and the remittance of taxes to the appropriate tax authority in Taiwan. Your proceeds will be reduced accordingly, and will be calculated based on the tax exclusive price.

Apple's App Store price hike in Denmark, Mexico, and countries that use the Euro comes just a few days after Apple announced a significant decrease in its affiliate program commission rate. Sites linking to the App Store used to receive a 7 percent cut when someone purchased an app, but that number will drop to 2.5 percent next week, impacting many websites that rely on App Store commissions.

It's been made perfectly clear that Mexico and Denmark do not use the Euro so can we get the discussion back on topic please.
Score: 15 Votes (Like | Disagree)

davebarnes
I had no idea that México uses the Euro.
This is why the Oxford Comma is important.
Score: 14 Votes (Like | Disagree)

"will increase in Denmark, Mexico, and all territories that use the Euro currency"

I'm not entirely sure what's unclear here. Prices are increasing in countries that use the Euro AND Denmark.
Score: 9 Votes (Like | Disagree)

Urban Joe
This is Tim's idea. Greedy miser.
Any excuse to raise prices. If the EURO appreciates significantly will the prices get lowered. Hell no.
Score: 6 Votes (Like | Disagree)
Read All Comments

Thursday May 13, 2021 10:32 pm PDT by Sami Fathi
A new rumor suggests that Apple will announce the third-generation AirPods and the recently rumored HiFi, or high-fidelity Apple Music tier, on Tuesday, May 18, via a press release on its website. The new rumor comes from Apple YouTuber Luke Miani who shared the alleged exclusive news with the AppleTrack website. According to the YouTuber, Apple plans to release the next-generation AirPods...
Read Full Article • 187 comments

Sunday May 16, 2021 2:39 pm PDT by Eric Slivka
The Browse tab in the Music app across Apple's platforms has started displaying a prominent teaser hinting at an upcoming major announcement for Apple Music. Under the heading "Coming soon," the headline says "Get ready – music is about to change forever." An accompanying "Tune-In Video" simply shows an animated Apple Music logo. Rumors have indicated that Apple is preparing to launch a...
Read Full Article • 92 comments